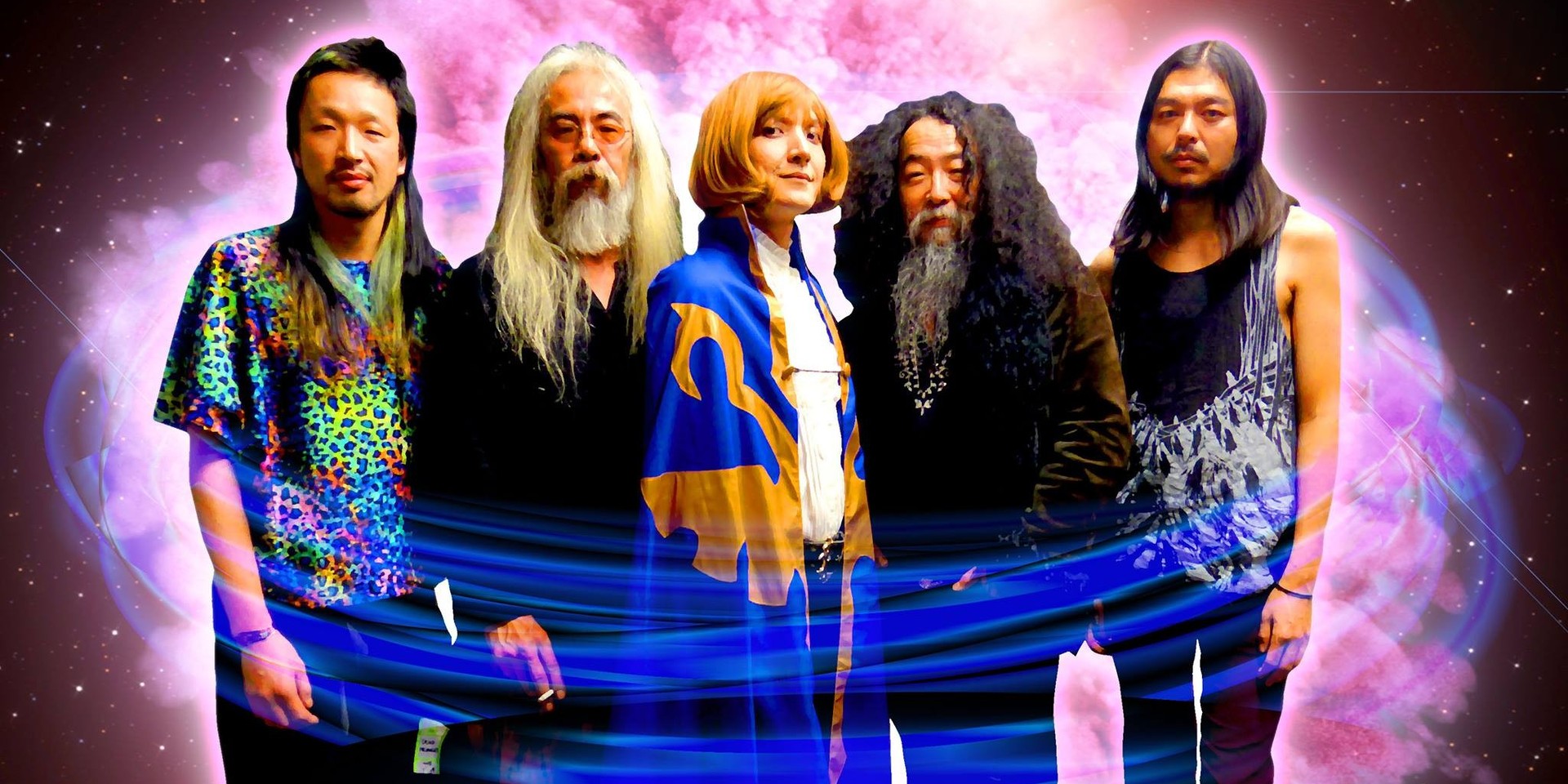 Formed in 1995 by guitarist Kawabata Makoto, Acid Mothers Temple was originally conceived with the intention of creating extreme trip music by editing and dubbing previous recordings. While Acid Mothers Temple has gone through many iterations over the past two decades, such as The Cosmic Inferno and The Space Paranoid, The Melting Paraiso has become the core group in the band's long lineage. The current touring line-up consists of Makoto Kawabata who is the sole original member, Hiroshi Higashi, Nani Satoshima, Wolf and Jyonson Tsu.

Hosted by Ujikaji Records and The Observatory, the show will be a part of their joint series, BlackKajiXtra. The event is in conjunction with the launch of the Trails to the Cosmic Vibrations LP, a split between AMT and The Observatory. An opening DJ set will be performed by DJ Ujikaji.

BlackKajiXtra: Acid Mothers Temple & The Melting Paraiso UFO is set to take place on Thursday, 22 November from 7:30pm onwards at SLED Productions x DECLINE. Tickets are now on sale with Early Bird tickets being available for S$40. Advanced tickets will be available for $45 and tickets at the door will cost $55. Get your tickets here. 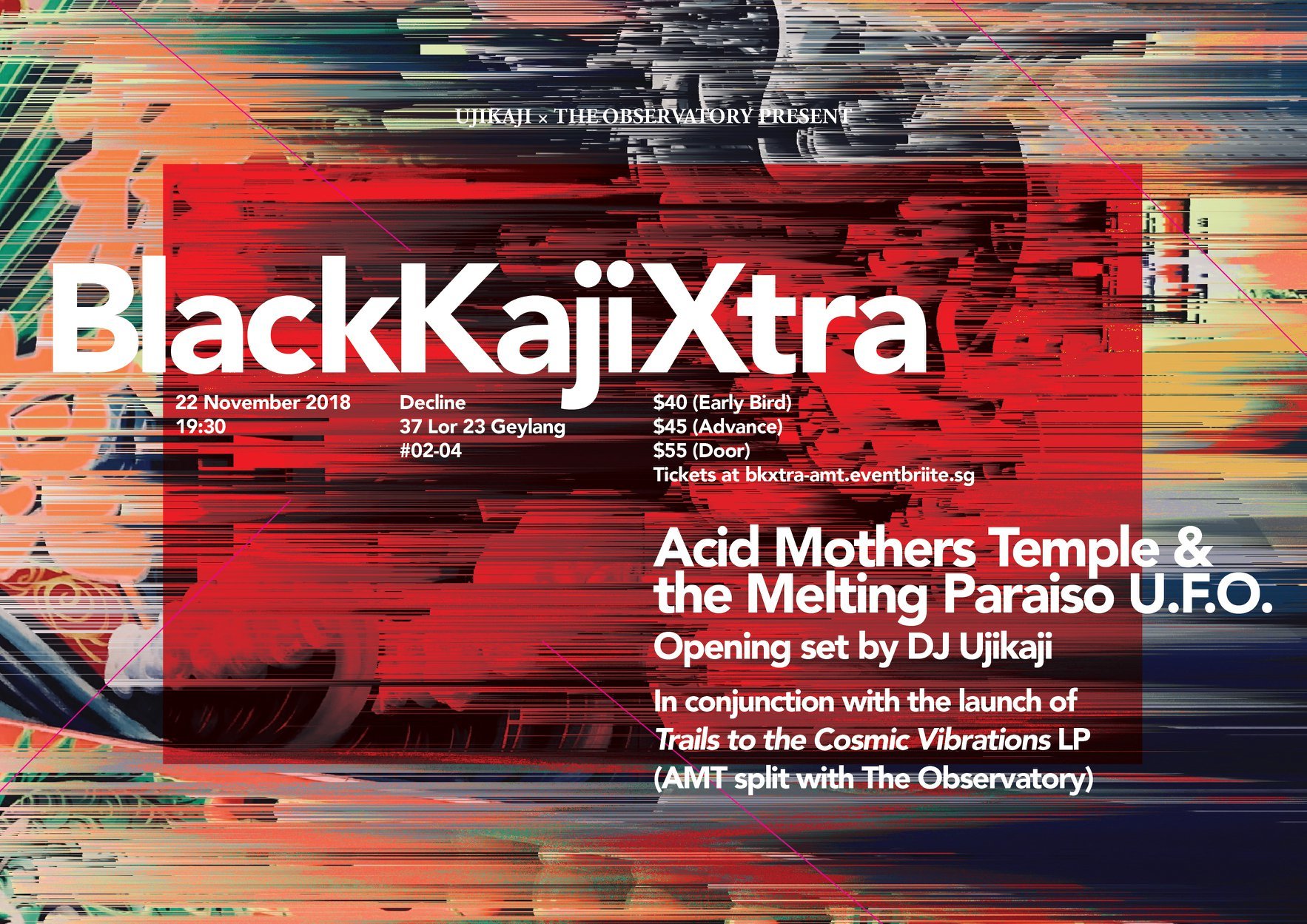