Words by Delfina Utomo
Photography by Nor Asyraf, Rueven Tan

Every year Esplanade turns into a playground for three days during Baybeats - bands coming in from the region and beyond, an assortment of musical madness distributed over four areas, the Chillout Stage (Esplanade Concourse), the Arena (Esplanade Outdoor Theatre), the Powerhouse (at The Edge behind Makansutra Gluttons Bay), and the Observation Deck (library@esplanade) for something more intimate. But besides the music and entertainment this festival provides, there's also a lot of learning going on.

We're referring to the mentorship programmes that Esplanade presents to anyone who is interested in a little video work, writing, photography, and even entrepreneurship. "Like any other industry, the growth and development of the music industry rests not just on one group of people. Rather, it takes a whole army of committed individuals involved in different aspects to spur its growth. Besides musicians, we also want to cultivate photographers, music journalists, entrepreneurs and now video artists. Every one of these groups is integral to the music scene and our vision for the mentoring programme is to build a community of people who will add to its vibrancy and to help in its growth," says Cecilia Chow, Programmer at the Esplanade. 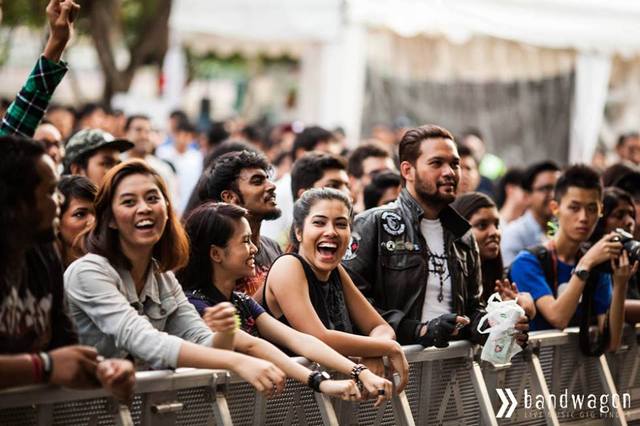 For budding musicians, the Baybeats Auditions is held each year where Singapore-based bands can audition for a chance to play at Baybeats. If they are selected through the auditions, they will be mentored by prominent local musicians such as Bani Hidir of 53A and Daniel Sassoon of In Each Hand A Cutlass, as well as sound engineer Leonard Soosay on aspects including musicianship, showmanship and music introduction.

For those with an interest in gig photography, the Budding Photographers programme is where promising young shutterbugs get a chance to be mentored by experienced gig photographer Aloysius Lim. Alumni photographer Maria Clare Khoo says of her experience, "You were given the benefit of the doubt if you made any mistakes (but I’d definitely tried to avoid that), there was room to learn. Aloysius gave us many different pointers, which made me a lot more aware of what to look out for. It sure was a gruelling and stressful experience, but one of the coolest opportunities that I have been granted."

For others, it was also an opportunity to meet other music photographers, like for Lionel Boon: "I learnt a lot from the peers in my batch. Many of whom are close friends that I still shoot with regularly. Through my exposure with Baybeats, I started venturing out and applying for media passes through publications. For Baybeats, it was as real as it got as Esplanade required our images for press submission. I'm really thankful to have one image featured in MyPaper and another featured in Juice. Who would've imagined that!" 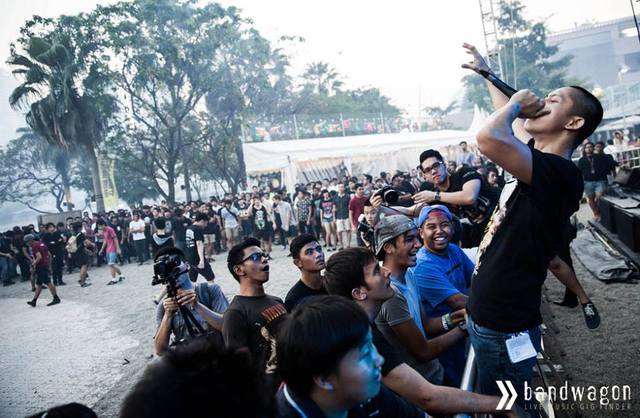 Tertiary students with an interest in music journalism can be a part of the Baybeats Budding Writers programme where experienced music correspondent for The Straits Times and frontman of Force Vomit Eddino Hadi takes over the helm from TODAY music writer/founder of Power of Pop Kevin Mathews as mentor. Past participant Farah Firzanah tell us about her experience in the programme: "We were given insight on music journalism and how to go about doing it. It might sound like another boring old class you have to go through in school but it’s not every day you get a history lesson on music by Kevin Matthews. Thanks to the programme, I managed to score a couple of writing gigs and meet some of the coolest people in the business."

The Budding Entrepreneurs programme is an opportunity for those with a social cause or creative project to set-up shop for free at the Baybeats Festival village and to spread the word among festival-goers. It's a hit every year, there's vinyl for sale, tote bags, t-shirts, and even shoes for some retail fix in between sets.

This year however, the Esplanade team launched a brand new Budding Video Artists programme in collaboration with students from Lasalle’s Diploma in Broadcast Media students to conceptualise and produce music videos for four Singapore bands. The students were mentored by creative director Josiah Ng who has produced videos for The Sam Willows, These Brittle Bones and Charlie Lim.

So it's looking set to be an exciting Baybeats season coming up this year for with Mentorship Programme and of course, the extensive musical line-up. But first, we get to know the talented Mentors from the Video Artists, Writers and Photographers Programme more in this Baybeats Special. 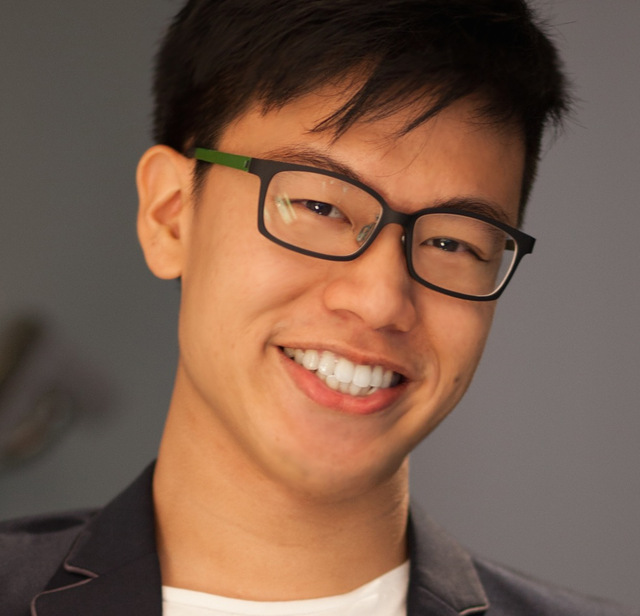 How is it like being a Mentor for the Budding Video Artists program?

It's a very privileged experience because I see this as a platform where creatives collaborate, birthing forth a unique blend of art where both the visual and auditory elements marry one another. In fact, to a certain extent, you may even say that it's like watching two very different people fall in love, and that excites me a lot.

What makes a good video in your opinion?

If you're talking about 'Music Videos' in particular, I think one must first realise that the 'Music' comes before the 'Video'. This means that your objective as a Music Video Director is not to 'Show Off' and distract people away from the Music that the Musician has created but instead, 'Complement' the Music and value add to it. A certain mutual relationship must be achieved and this is why I keep using the analogy of a marriage between the visual medium and the auditory medium.

A slice of advice to all aspiring videographers and film-makers out there:

Film is not a democracy, but always collaborate, not compete.

Who are you looking forward to catch at Baybeats:

They're all so good! Don't make me choose! 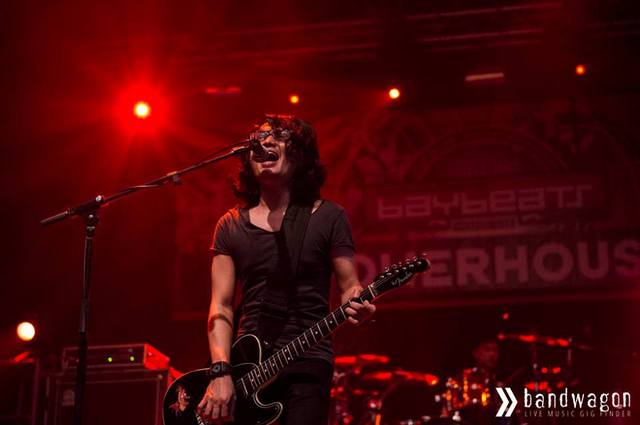 What is it like being a mentor to a group of budding writers for this program?

It's a good feeling, helping out these budding writers who would probably be shaping the music journalism scene in the future. You can tell that they already have a deep passion for music, are intelligent and inquisitive, and these are the qualities all good music journalists should have. Coincidentally, these were also the qualities that I found in the Baybeats bands that I mentored from 2011 to 2013, so I'm pretty confident that the music scene here will only get better and better with time. All folks like me can do is just help to guide them and give them some tips and show them the tricks of the trade.

What makes a good article/writing, in your opinion?

When writing a piece, a good journalist must always know who their audience are and write for them. You're not writing it for your editor, or the subjects you interview and certainly not to satisfy your own ego. That's why it's so important to know your platform and which publication or website you're writing for, and who reads your articles.

Some tips for good music writing:

As mentioned in the first question, the music journalist must always be curious and be eager in finding answers to questions that people would like to know the answer to.

A strong news sense is a must - you must be able to sieve out information that has worth to your reader and leave out unnecessary noise.

As for reviews, always remember that everyone is entitled to their own views and you can have a very strong opinion of the music you're reviewing but never forget that there's a huge difference between informed and uninformed opinions. People will call you out on your ignorance so always do your homework. 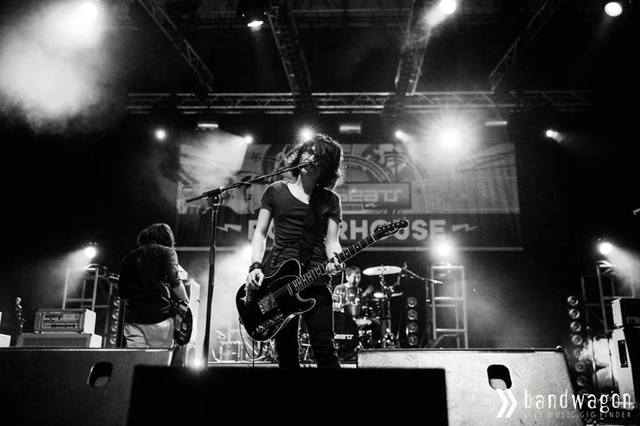 When it comes to musicians, singers, bands and songwriters, I'm always curious about what happens off the stage and how they arrive at their creative process. So I'm always hungry for stories about how these people think and do things - they're just like you and me, they put their pants on one leg at a time, but somewhere along the line they get inspired enough to create beautiful pieces of music that can have a profound effect on the listener. I always want know how their backgrounds and how they live their lives have a direct impact on how they make music.

Back in the day, from the mid 1980s to the early 2000s, it was the only media in Singapore to extensively cover and do justice to the burgeoning underground and independent music scene here. I started writing about music in underground zines and school publications but I had my first real taste of music journalism when I wrote for BigO from 1999 to the time the print magazine folded in 2003.

Don't be fooled by the old fogeys always on the cover, this British magazine doesn't just cover the classics but also all the contemporary acts worth a damn. Their articles, features and reviews are the gold standard of music journalism though - informative, thorough and entertaining.

A big influence in my formative years, the punk and hardcore magazine's strong stance on DIY ethics and punk subculture left a huge impression on me. The San Francisco-based magazine also inspired me to go off the beaten path and dig deeper into the underground and independent music scenes around the world. 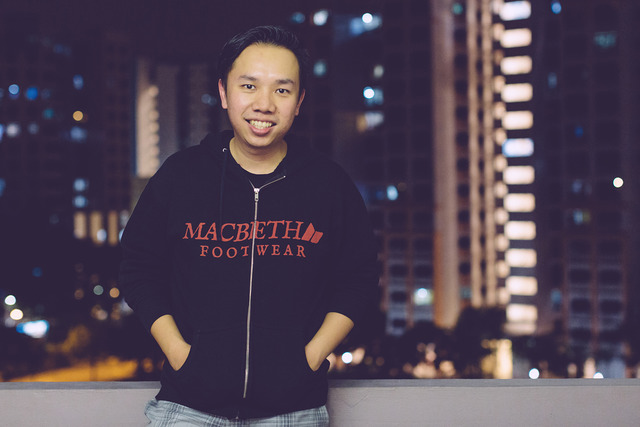 You've been the Mentor for the Budding Photographers program for a few years now - how is it like being a teacher and role model to a crop of photographers?

It’s been a really fun and great experience so far. I don’t think I’m much of a role model. Actually I learn a lot more from the budding photographers than they learn from me. I’m just there to share my personal experiences with them and hope that they learn from my mistakes!

What does the program mean to you?

I think it’s become an important part of the festival and I do look forward to it whenever the time comes every year.

How is the program useful to aspiring photographers?

Definitely very very useful! Besides gaining the opportunity to be in real shoot situation, I think being able to just learn from one another and bonding in that few weeks of shooting together is just great. There have been a few photographers from the past years who have progressed on to doing bigger and better things and I’m really happy and excited for them!

A slice of advice to all aspiring photographers out there:

Everyone loves a photographer with a good and positive attitude! There is no shortcut so patience is key.

3 artists that stood out from your Baybeats experience:

There are so many to mention! I think the 3 that I can vividly remember are :

The band went on a hiatus on 2004 and it was at Baybeats 2006 that they made a comeback and everyone was looking forward to the show. I remember the crowd singing along to every song, clapping and asking for more. It was an awesome feeling personally for me to be in the photopit and witnessing the band back in action.

A very intense band which always gets the crowd going. Full of energy and fun to shoot with all the jumping and movement throughout their set. At the end of their show, I was asked to go on stage to get a photo of the band with the crowd. The band went down to the barricades and posed for that photo.