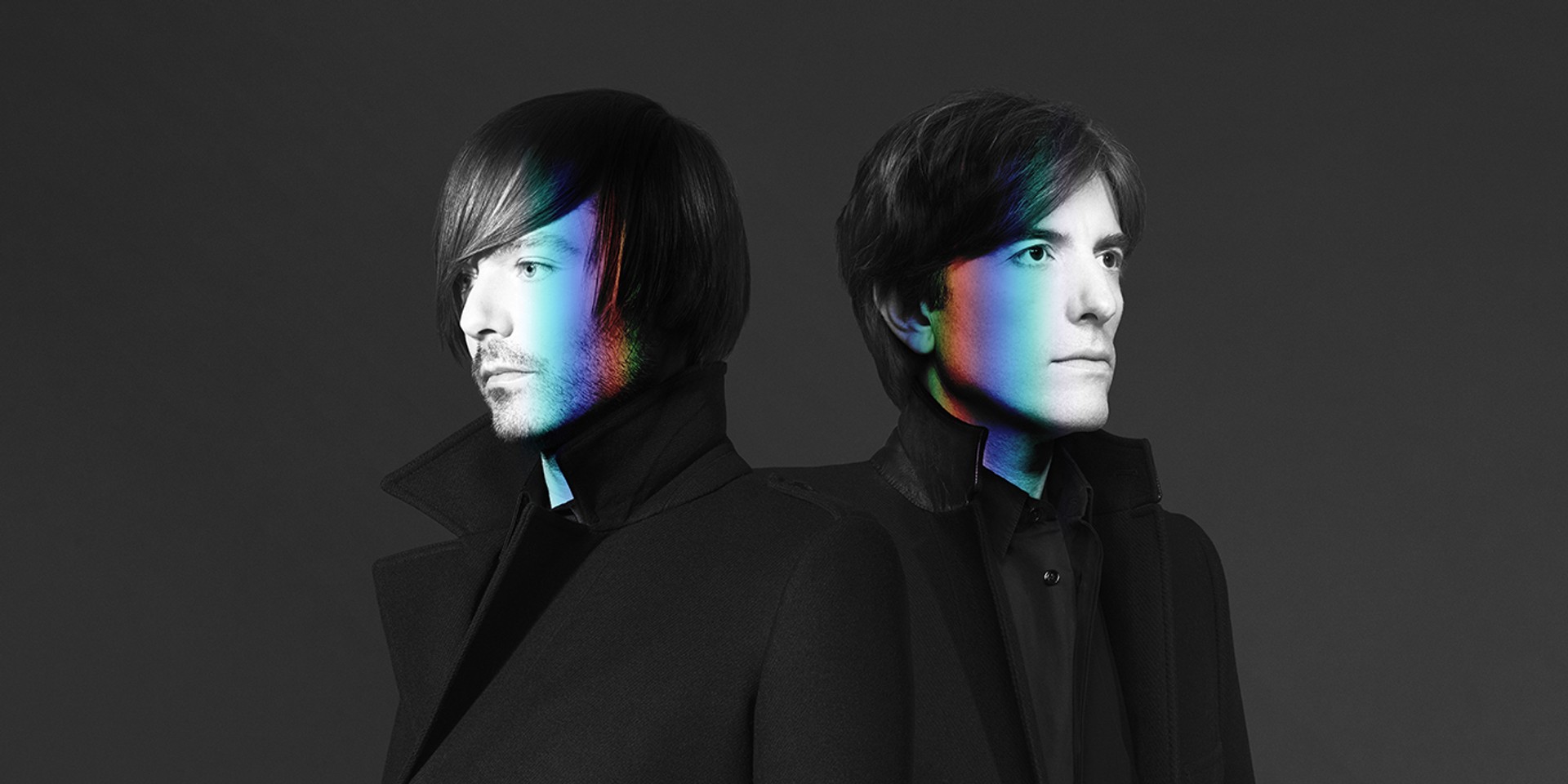 The 90s were indisputably a flourishing period for rock music — head and shoulders above most albums from that decade remains to be OK Computer, British rock band Radiohead's anxious masterpiece that remains ever relevant.

While its release was a watershed moment for modern rock music, it also led to inspiring musicians outside of the genre. One such band? The French duo AIR, whose debut album Moon Safari could arguably equate to a similar stature in the field of downtempo music.

Moon Safari turns 20 in 2018, and the anniversary efforts for the Radiohead album this year — the box set is incredibly tempting — alarmed Nicolas Godin, one-half of AIR, to the impending birthday of his own creation.

"While we were recording Moon Safari, we were listening to OK Computer a lot. That was when it was just released." Nicolas explains. "Seeing people commemorate the album this year made me think about Moon Safari."

Album anniversaries are usually preceded by celebratory tours, album re-releases and the like, but AIR may not go down that route after all, even with an album as iconic as Moon Safari. "I'm not much into that. After one of you starts to get a little old, you don’t want to do much, you know?" laughs Nicolas. "It’s kind of scary sometimes."

Even if conversations about the band revolve around their 1998 debut, the duo — made up of Nicolas and Jean-Benoît Dunckel — have made significant strides with their unique brand of electronic music, traversing the grounds of electronica, jazz, baroque pop, lounge, space rock and trip-hop with an unmistakable elegance.

Both grew up on a healthy diet of Kraftwerk and Pink Floyd, and their prior disdain for French pop music — "Before we came along, French pop was synonymous with Sacha Distel. I hated it," the band tells The Guardian — led them to be one of the country's most established exports. Godin credits Stevie Wonder for being a massive influence on the band early in their career — "The booklets of his albums in the 70s were where I chose and bought the equipment for Air." — along with The Beatles, Johann Sebastian Bach and The Stooges.

With the recent release of retrospective compilation Twentyears in 2016, the duo aren't interested in exploring new material right now. "We just like to travel all around the world and play the songs that we wrote," he says. "We’re very proud of the songs that we wrote. It’s quite incredible to play them every night. So right now, we’re focusing on this." 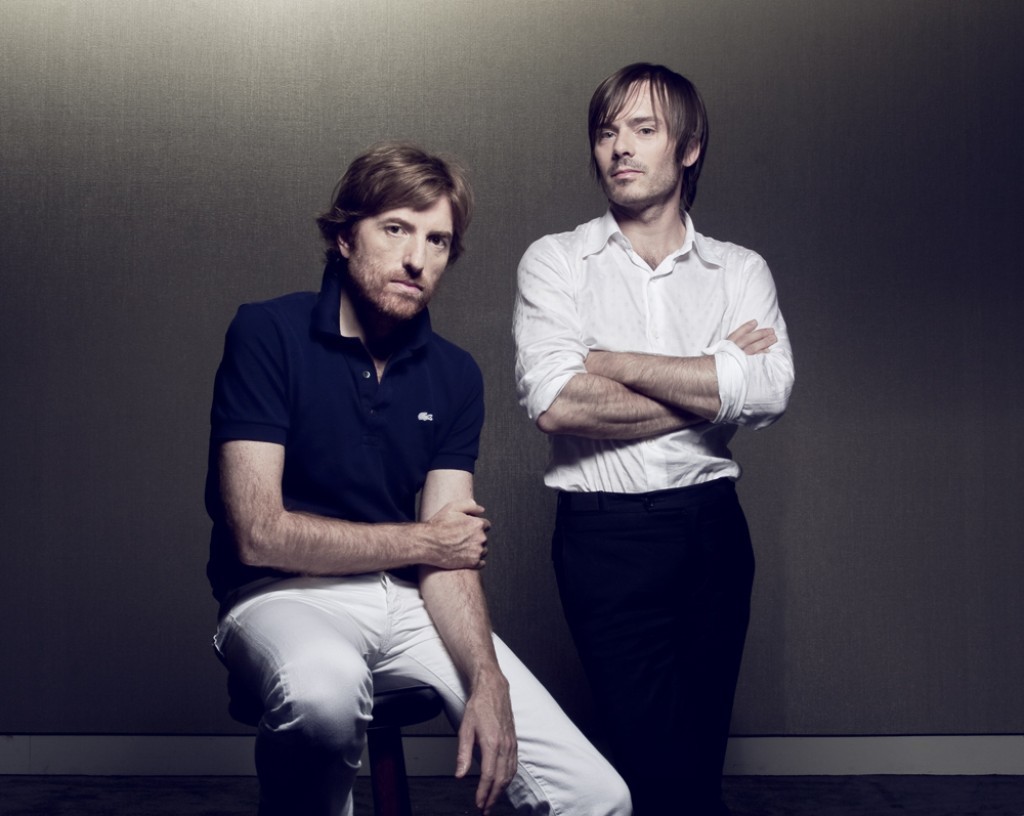 We’re very proud of the songs that we wrote. It’s quite incredible to play them every night."

The band's set-up is a meticulous fusion of analogue and digital technology, and while the band are not cooking up a brand new album, they try to keep up with modern gear. "What I like is new plug-ins that don’t try to imitate the past," he says. "I’m very excited about computers and synthesizers that don't produce something I knew in the past."

Even as the duo are planning to take it easy in 2017, Godin does admit they would crawl back into the studio if they could re-score one film: the 1981 action/sci-fi masterwork Escape From New York by John Carpenter. The duo made their mark in film with The Virgin Suicides in 2000, and Le voyage dans de lune was conceptualized as an updated score for silent film A Trip To The Moon.

"We want people to be able to listen to it without seeing the movie," says Godin, on their approach towards soundtracks. "Like for The Virgin Suicides, there’s a lot more music on the album than there is in the film."

AIR are renowned for their gorgeous, cinematic albums, but Godin wouldn't refuse an opportunity to forge a new path for the project as well. "I would like to reinvent myself," he says. "You know when the Bee Gees went from being a pop band to do disco? I admired that."

Whether a new direction for AIR is on the table remains to be seen, but the band has been busy taking care of their discography, reissuing The Virgin Suicides alongside Twentyears, while taking stock of their body of work.

This spells good news for fans, as Godin reveals that their upcoming show in Singapore will comprise an abundance of older material. "We’ve never played there so we’re gonna play our classics. For the people, you know?"

AIR will perform in Singapore for the first time on May 27th at Esplanade Theatre. Tickets available here.