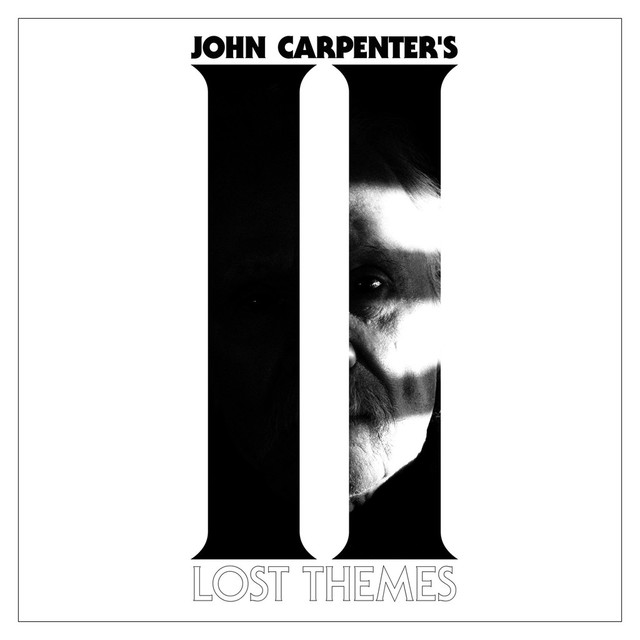 Even though he hasn’t released a new movie in six years, horror-auteur filmmaker John Carpenter has never been more popular. It is as if some otherworldly shapeshifter, some sort of…Thing, if you will, possessed the new generation of horror movie directors and turned them all into Carpenter-clones.

What is it about John Carpenter that keeps drawing new people in? There’s a plethora of reasons: His immaculate skill in building tension through carefully crafted wide shots and long takes. His knack for creating unforgettable characters like Snake Plissken, Michael Myers and Jack Burton. The gloriously tangible practical effects.

But there is one thing you think of above all when you picture a Carpenter movie: The music.

It feels gauche to describe Carpenter’s soundtracks as “ahead of their time”, but that’s exactly what they are. It’s easy to forget now that everyone mimics his scores, but there was a time when his movies sounded likely absolutely nothing else out there. Led by pulsing basslines with sudden stabs of squealing instrumentation, with no qualms whatsoever about going “over the top”, his soundtracks defined horror in all its sweaty, paranoid glory.

He is a film composer with a gargantuan impact not just on film scores, but on modern music in general: like Vangelis and Angelo Badalamenti, his scores are so evocative that you don’t even need the movie. Your mind creates the imagery just by listening.

It wasn’t too surprising, then, when John Carpenter released his first non-soundtrack LP Lost Themes in 2015. As the title implies, it’s a collection of movie scores without a movie — some composed for the record, some left over from film projects that never materialised.

Lost Themes II follows in the same vein, with a few crucial differences. For one, the predecessor was unrelentingly dark and synth-based, feeling more like a modern electro record than a soundtrack. This sequel lives more up to the title: all the tracks on Lost Themes II feel like true movie themes, running the gamut from horror to sci-fi, fantasy, and action.

Where Lost Themes consisted entirely of tracks with one-word names ('Vortex', 'Wraith', 'Purgatory' etc.) that all alluded to a dark horror theme, Lost Themes II has two-word track names that suggest a wider variety of genres ('Utopian Facade', 'Persia Rising', 'Bela Lugosi' and so on).

'Distant Dream' starts out the record in familiar form, with razor-sharp synths giving way to a roiling techno beat. It recalls his many “tough guy beating up punks”-movies like Escape From New York and Assault on Precinct 13. You can practically smell a young Kurt Russell in a bandana when you listen to it. It smells like gunsmoke and beef jerky.

'White Pulse' throws you for a loop. It opens with eerie chimes that recall his famous Halloween theme, or even Mike Oldfield’s 'Tubular Bells', the famous theme from The Exorcist. But the chimes suddenly give way to an aggressive drum pattern that’s closer to Manfredini’s Friday the 13th-theme. As the chimes return to duel with the drums, the fictional film you envision can be nothing but Michael Myers vs. Jason. Oh, what could have been.

John Carpenter’s least-loved score is probably In the Mouth of Madness, where he replaced his synthesisers with Metallica-esque butt metal. Screw the haters: it’s an amazing score in all its cheesy glory, and probably Carpenter’s most underrated movie overall. “Angel’s Asylum” cements the In the Mouth of Madness-legacy: it is a gloriously overwrought bit of synth-metal and a clear album highlight. This song is wearing a leather vest and Oakley sunglasses, and is asking what the fuck you’re gonna do about it.

There’s a strong sci-fi influence on the latter half of the record, from the wistful Starman-esque theme of 'Hofner Dawn' to the all-outta-bubblegum, ass-kicking They Live!-sounding 'Virtual Survivor' and 'Real Xeno'. The synths compete with strutting metal chords and cymbal-heavy drumming — it’s sometimes hard to forget that this is also the man who made the atrocious Ghosts of Mars and Vampires.

If this all sounds somewhat cheesy, it’s because it is. It’s a goddamn cheesefest. Lost Themes was certainly a classier record — some people can’t handle both the tense master of suspense Carpenter and the denim-wearing Carpenter who once teamed up with Anthrax. But hey, good riddance. That just means more space for us onboard The Pork Chop Express.