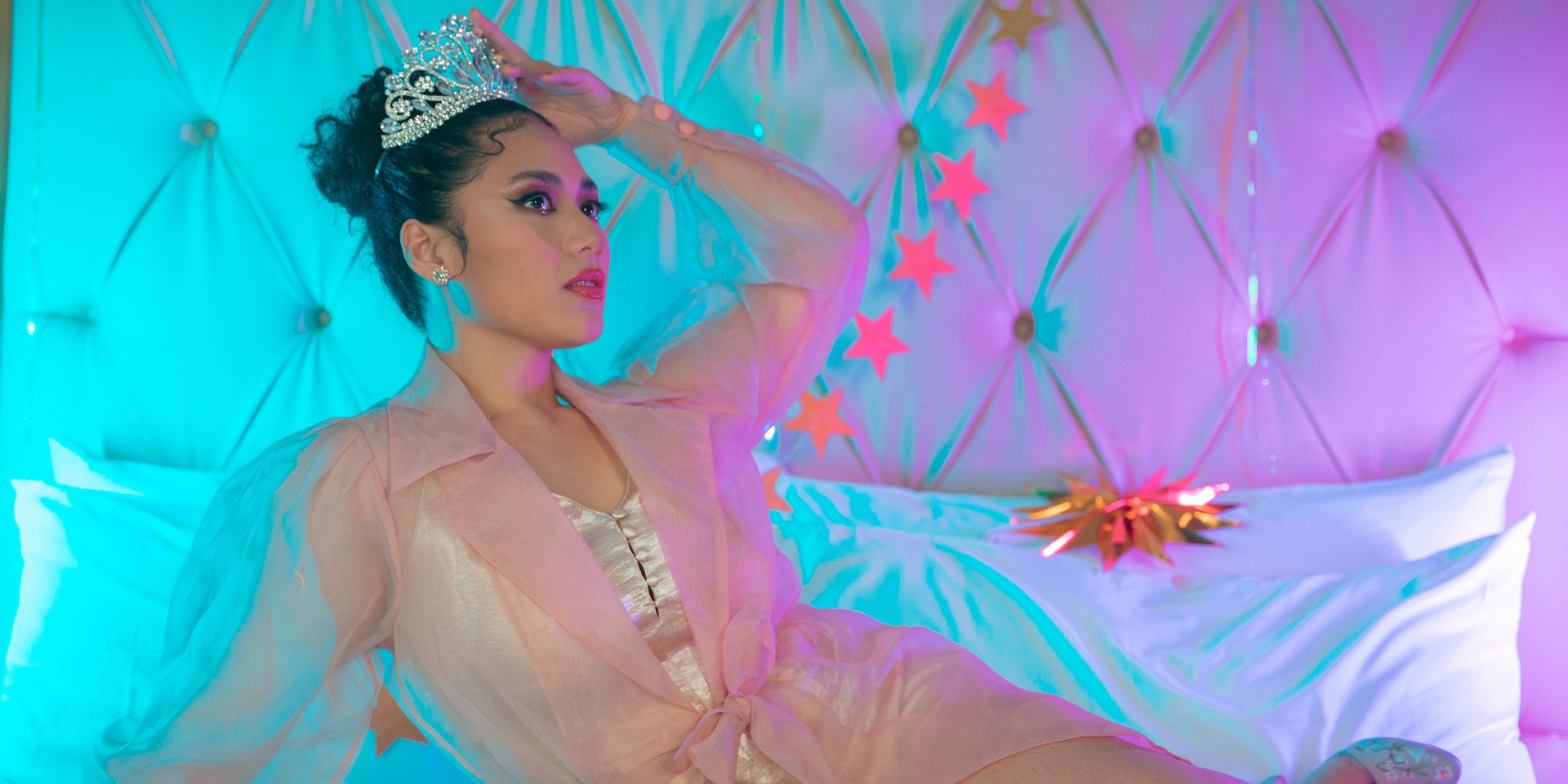 Ali Young is the latest artist making headlines for the unconventional - debuting on blockchain and streaming platforms.

The 25-year old Filipino singer has arrived on the scene via debut single 'craving', released on 24 June, but not before minting herself as the first-ever artist to debut their single as a non-fungible token (NFT) in the Philippines and Southeast Asia.

'craving' is about liberation, and expressing oneself without judgment - "So the next time you feel like you have the need to satisfy a certain 'craving', listen to the song, and I hope it empowers you to just go for it," said the label in a statement.

The singer-songwriter, whose past forays laid primarily in YouTube and SoundCloud covers of artists like Taylor Swift and Filipino pop act Yeng Constantino, signed with newly-formed Alibatta Records in 2021 for their joint premiere, working with the music label-cum-entertainment tech company for the debut.

The track was first released on the Binance NFT Marketplace on 24 June and has since auctioned all of its Record Store Day edition tokens. Its Standard, Diamond, and Succubi editions will subsequently be released on the platform exclusively.

From an acoustic favoured sound to a contemporary soul-inspired debut, premiering as a blockchain artist, and starting a brand new chapter of her music career, we had a chat with the 'craving' singer ahead of her debut.

Hey Ali - congrats on your debut single ‘craving’ as well as your signing with Alibatta Records! For starters, how long has the track been in the making, and what are your thoughts on finally debuting with it?

Thank you! Joining Alibatta has become the highlight of my 2021. The collaborators in this track, Choi, Geoff, Aids, and Charles, all know each other from college. I think given that they’re already familiar and comfortable with each other made it easier for them to jot down this song. The track was penned and completed I think - in two sessions? The third meet-up was really just polishing and acting on nuances that would help us convey our message through the song better.

I’m pretty ecstatic to be debuting with this track, Alibatta knows this is not my go-to genre before I signed with them, but I got to ease in with the transition because of the team. It’s very different from what I’m used to - country and pop music.

‘craving’ has a tinge of nostalgia, an R&B sound that’s reminiscent of H.E.R or Jhené Aiko and that ilk. Who and what were your inspirations for this track, and how did its message of liberation come about?

The creation process involved a lot of listening to artists I don’t normally listen to. Geoff (my manager) created a playlist for me and asked me to listen to the tracks until I can channel my Soul and R&B - pun intended, haha. We were throwing out some ideas about movements we believe in, one of them being the liberation of women from the social standards of dating. Women - especially in a country like ours, shouldn’t be judged for taking the first step. In fact, we’d like to acknowledge women who know what they want and act on them. Because acting on your cravings - should never be frowned upon.

From YouTube covers to your debut track, how did you initially set out to define your own personal sound?

The team likes calling me Pabebe, but I’m the type of pabebe that knows exactly what I want and how to get there. I think when you initially listen to my voice, you’ll have the impression that I’m fragile, but my hope is that through my songs, you can see other parts of me that I always leave unexplored in regular conversations.

Ali on Alibatta has a good ring to it. Of all the traditional labels that you could’ve signed to, why was Alibatta your choice for your debut?

I’m in no way traditional. When Geoff (my manager) reached out to me about a project, I wanted to understand how different it would be vs. just me doing it on my own and or signing with another label. The founding team of Alibatta - Geoff, Aids, and Charles are all visionaries. I signed with them in support of the overarching vision, we know NFT is gonna be the next biggest thing breaking the music industry.

As the first single NFT debut in the Philippines, describe to us your thoughts on also being a blockchain artist, as well as what you think this could do for the industry as a whole.

As an artist - especially coming in with a relatively new label, I think the phrase “First NFT minted single in Southeast Asia” is endearing, because we’re sure that more artists are gonna follow suit. I think being the first one here allows us to shape that proof of concept that will entice bigger acts to come in and push out releases in NFT formats in the future.

That would be RAVEENA and H.E.R!!

What can we look out for from Ali Young in the near future? Any last words for your debut? Go!

Well, my debut is set to be released on June 25, and the music video will also follow in a couple of weeks! There’s also an acoustic version of the track that we really really love coming in August! In parallel, we’re working on putting together some more songs for my first extended play in October. So please make sure to follow us on all socials to get updates!

'craving' is available to stream on all major streaming platforms. For its NFTs, visit the Binance Marketplace for more details.