It’s the return of local songbird Alicia Pan! After an eight-year break from recording, four yoga outlets (she’s the lady boss of Yoga Movement!), and a wedding, she returns with the release of her self-titled EP.

The new EP is a significant one and marks the coming of age for the 30-year-old whose last release was in 2006. Since then, Alicia focused on establishing Yoga Movement, a lifestyle brand she co-owns with her then-fiancé. The couple got married in May last year, while Yoga Movement opened its fourth outlet in Singapore recently.

“I have been wanting to release my songs for a long time, but as life calls, I had to make the decision to settle down with my businesses to make a livelihood. After the business took off, I found myself lacking the time and energy to focus on anything else, hence procrastinating for two years before my mind finally settled, and I was able to dedicate my time to working on this project,” Alicia says. 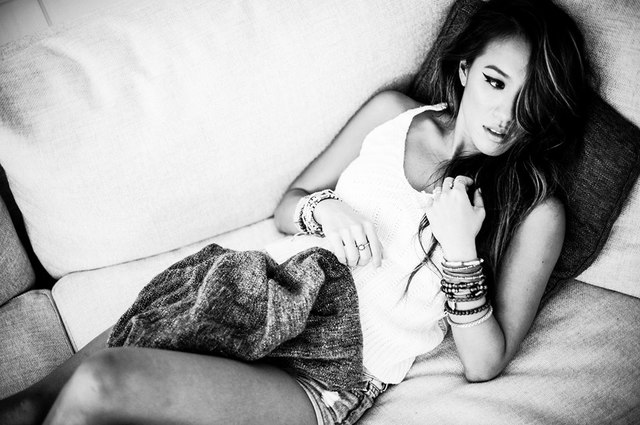 The second EP contains five tracks written by the Alicia who is inspired by artistes such as D’angelo, Bilal, Erykah Badu and Lauryn Hill. The songs carry notable influences from hip hop, jazz, R&B and neo-soul; and reflect the experiences that Alicia has faced over the last five years. Sound-wise, each track is unique in its own way, but still represents a combination of all the musical influences in Alicia’s life, from the music she grew up with, to what she is currently listening to.

"These songs were compiled over the last five years, and pretty much represent the happenings in my life during that period”, she shares. “It paints the rise and fall in emotions and changes in my mindset that I had to make to adapt to ideologies.”

You can get the EP on iTunes from Jan 13, and there will also be a launch event at Timbre @ The Substation on Jan 28.