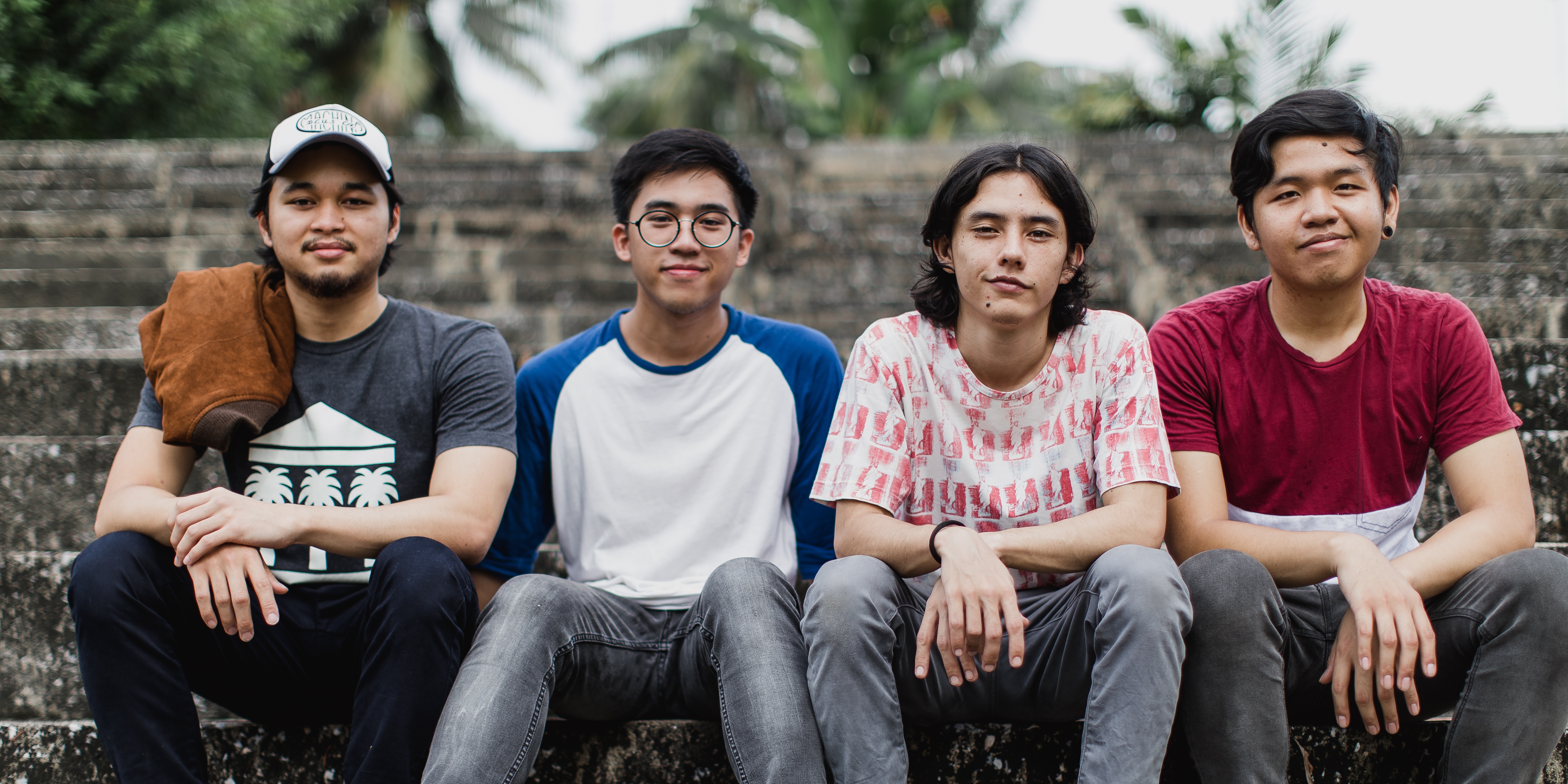 Pop music’s enduring charm derives from how it is always breathlessly trying to catch up with the tremors of the heart. That’s why it will always be necessary – that’s why it will never die. From its outpost in Kota Kinabalu, Malaysia, Alien Lipstick Fire is making the kind of heart-on-sleeve indie rock that upholds that tradition. Forged in a crucible that collapses influences from Bombay Bicycle Club, Unknown Mortal Orchestra and Tame Impala, the vibrations coming frontman James, lead guitarist Malcolm, bassist Benjamin and drummer Hazim are sweetly entrancing and poignant – you want to root for them.

The quartet’s July 2019 debut EP Different Days, is a gorgeous banner of what it brings to the table. Filigreed melodies and an irresistible groove are the delivery system of emotional bloodletting both particular and universal.

In the interview below, the band takes us through its philosophy of music, what it means to be an indie band in Malaysia and how proud it is of its KK brothers K-Clique.

This year has been quite a year for us! We put out our first EP and our first music video, as well! It may not seem like much but we’ve been planning it for a while so we’re pretty stoked that we finally got it done. We consider these releases as milestones for us, also, the reception hasn't been too bad!

By mid-2020, we're planning on releasing another EP, so we’re actually in the process of cooking up some material. On top of that, putting out some band merchandise is definitely a priority for the band, as we have gotten a bunch of requests for it. If all goes well, we'll probably try to plan another music video release too!

Of course, we are looking forward to playing more live shows wherever and whenever we can. As well as playing gigs outside of KL (maybe tour?!) because we have not done that yet.

Lastly, we’re excited for the artists / bands that will come and play in Malaysia. Especially the ones we’re fond of or just the ones that we know and are in the region of music we usually listen to.

We love Different Days! Lyrically, you delve a lot into matters of the heart. Would you say that love is the emotional centre of the record?

Before anything else, thanks so much! That means a whole lot to us! It feels somewhat surreal, and also pretty cool!

We're glad to be able to share our music with everyone, and we hope to have a positive impact on those that can relate to it lyrically as well as enjoy it musically.

Lyrically, the theme of the EP is mostly about miscommunication. It's about how easy it is to misinterpret others in any type of relationship, be it between lovers, friends, family or even with yourself! With inspiration from both personal experience and some from observation of other people around us, but mostly written to generalise all situations so that listeners can possibly relate it to their own encounters.

The band strives to put out music that is “pleasant to the ears”. Why is that important to you?

It's important to us because if it's pleasant to our ears, it'll most probably be pleasant to almost everyone as we have such good music taste. Kidding!

Jokes aside, that sentence is how we describe the music we listen to. Therefore, we prioritise composing things that we would like to hear first, and then try to refine it so that people of all ages and listeners of any other type of music can also enjoy it.

You've been playing indie gigs since 2015. Has the musical direction and focus changed over these few years?

So far, James has been the main writer, with each of the other members adding their unique flair to the composition of the music. We are still learning and growing as a band, and the process is more collaborative. We all have similar music tastes, so musically the direction hasn't really strayed.

Although, as a band, our ambitions have definitely gotten bigger as we hope to have more reach within our local scene as well as international audiences.

And how’s it being an indie band in Malaysia?

The underground scene is filled with so much talent – we have a bunch of phenomenal artists! So many deserve more recognition and acknowledgement. There’s really no need to look far for new good music, as all artists from different genres are consistently putting out amazing music.

To answer the question though, it is definitely challenging as one of the most common issues for any band in the underground scene is not being able to sustain themselves. Gaining revenue is substantially dependent on the support of the community as most of it comes from selling merchandise and playing live shows.

However, the support and encouragement we have gotten so far has been nothing short of amazing and really motivates us to strive and keep up our efforts!

It’s known that Bombay Bicycle Club was the catalyst for ALF’s formation. What about BBC inspired you to the point you felt you had to start a band?

YES! James was listening to them NON-STOP for a whole year (not literally, though) and they are what inspired him to want to start the band. The fact that they seem like such awkward and down-to-earth characters on stage and in interviews made him think that any of us could be in that position.

He also really liked the way they arranged their songs: Not overdone but feels full and powerful that makes it so, to re-quote from above, "pleasant to the ears". 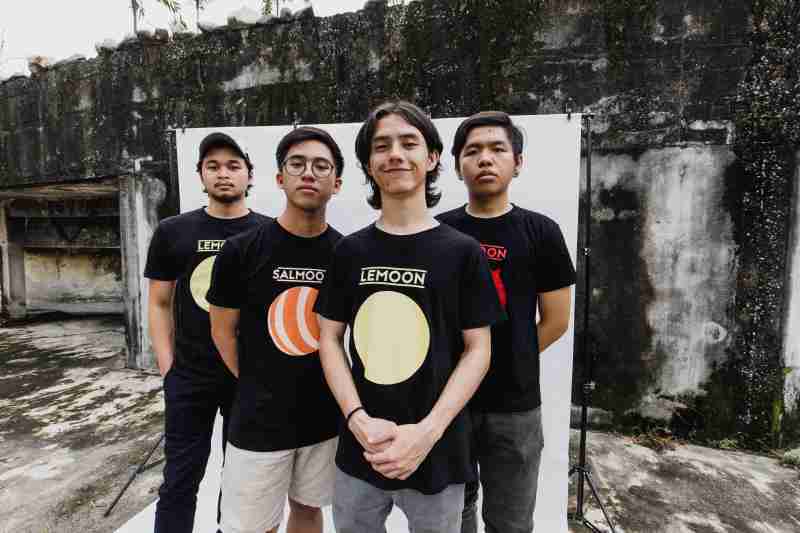 Being from Kota Kinabalu, how do you feel about the emergence of K-Clique on the scene?

Let it be known that we're not all from KK! Our drummer, Hazim, is from Kuala Lumpur!

Anyway, Fun fact! We (the ones from KK) were actually school mates with some of the guys from K-Clique.

We’re really happy for them and proud of how big they’ve become. Their numbers are crazy, with millions of streams across YouTube, Spotify and various platforms. There has always been this divide between the West Malaysian and East Malaysian scene when it comes to music, with the exception of a few big names such as Zee Avi, Estranged and etc. So it’s always a good thing to have bands or groups from East Malaysia getting the acknowledgement they deserve!

Lastly, what would you say is the biggest aim you have for your music?

We hope to have a positive impact on the listeners, to bring our music to more places and mostly, to be able to sustain ourselves while doing what we love!