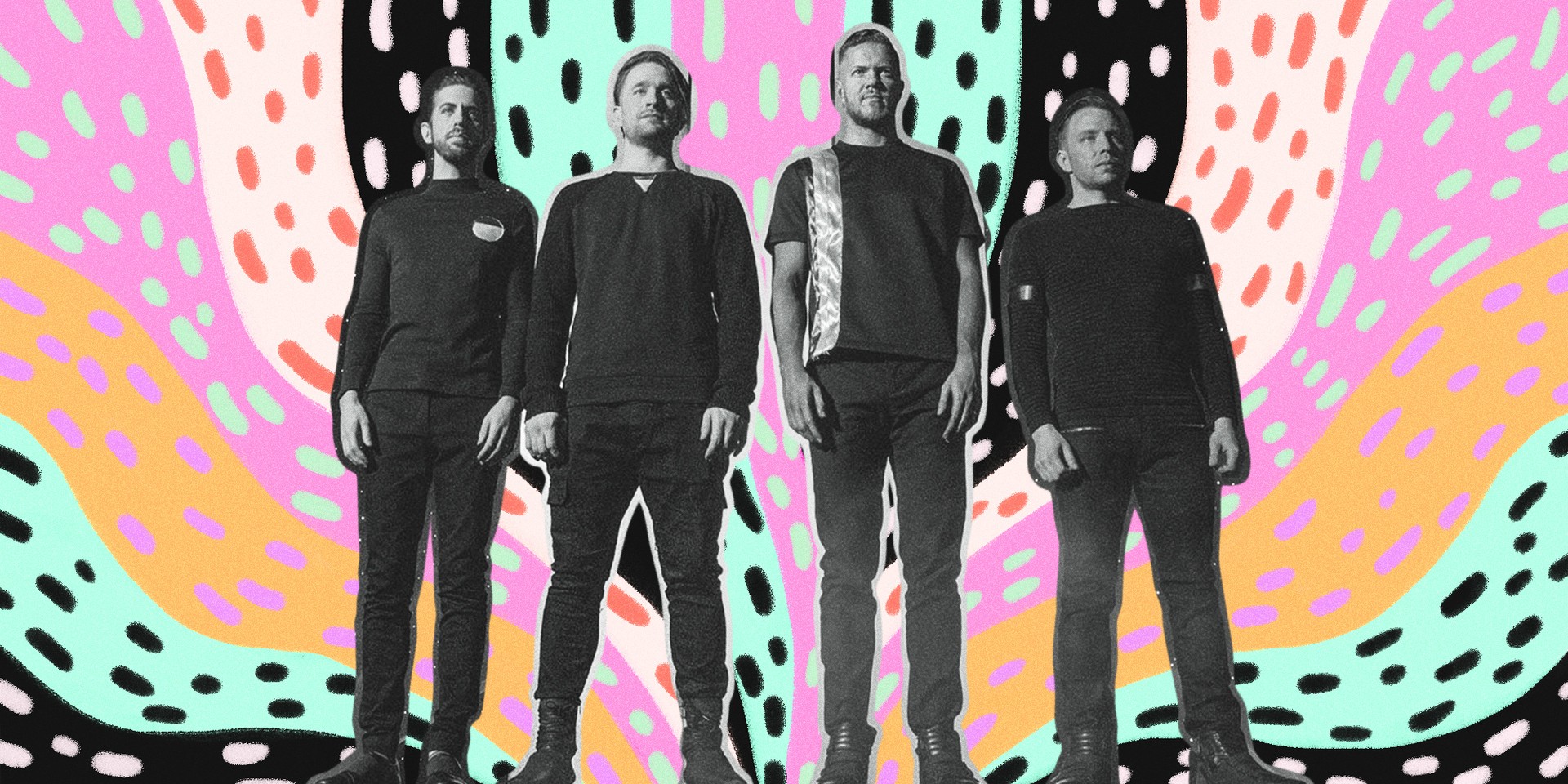 For a band like Imagine Dragons, they've only made three albums in the span of five years, but they've since grown to be one of the most popular music acts on the planet.

They've also released a treasure trove of singles. If you're new to the band, this will serve as the perfect appetiser to the band's full discography. If you're a diehard fan, dig in and tell us what you agree and disagree with.

One of 2016's slow-burning summer hits was 'Sucker For Pain' — one of the leading singles off the Suicide Squad soundtrack — and it's a vehicle for pop greatness shared equally with rappers Wiz Khalifa, Logic, Ty Dollar $ign and Lil Wayne, along with rock band X Ambassadors.

Imagine Dragons' Dan Reynolds delivers the fiery hook on this song — while it's a catchy one, it's certainly not the best introduction to the strengths of the band.

A haunting intro leads into the glitchy and dramatic 'Battle Cry', a song that dutifully captures the emotional core of the movie it was promoting in 2014: Transformers: Age Of Extinction.

'Gold' makes you wonder how Imagine Dragons could pull off a entire concert with an orchestra, with its looming and opulent synth flourishes dominating most parts of the song.

Nope, this isn't a cover of the infamous LMFAO song. Instead, it takes a hearty dose of 80s-inspired guitars and synths, delivering a stadium-ready chorus that has since become an Imagine Dragons trademark.

Think of this as a collision between an 80s Madonna song and an early-2000s U2 hit. You can't help but wonder why this song wasn't reserved for the neon brilliance of Evolve instead.

An early single, but a song eclipsed by the more popular tracks off Night Visions, 'Hear Me' is surprisingly rock-heavy, with propulsive drums and a heart-racing chorus that gives a proper insight into their origins for casual listeners.

If you're a big fan of the stately charm of The Killers, 'Hear Me' might end up being your favourite Imagine Dragons song — but as far as their work shows, this is one of their most traditional songs yet.

Imagine Dragons have populated soundtracks all over pop culture, but their presence on films have been notable. A surprising inclusion on the soundtrack of sci-fi drama Passengers, 'Levitate' is playful and joyous — a song they should definitely perform live more often.

The looming drums lay the foundations for a pounding and infectious track by Imagine Dragons, a song that's an affirmation of heritage and history. Say what you will about the band, but they know how to make the right songs to perk anyone up.

'Whatever It Takes' features the band's vocalist pushing his vocal performance to new extremes, taking on the exhilarating speed of rap to empower the song from the get-go. What follows after? An incredible and explosive chorus that we certainly can't wait to hear live.

Imagine Dragons know how to balance their aggressive sensibilities with a masterful tinge of operatic strings, and this is best represented on 'Warriors'. This is essentially an epic superhero film score condensed into a three-minute pop song.

Imagine Dragons may share similar track titles to other smash hits — see the Kanye West, Nicki Minaj-dominating masterpiece to get what we mean — but 'Monster' feels just as life-affirming and uplifting as their monstrous (pun intended) main hits.

"IIIIII
I
BET
MY
LIIIIIIIFE"

There's no chance you can listen to this and not scream along to the hook — and we mean, scream at the top of lungs on a vacant rooftop with nothing but your Bluetooth speaker.

Or you can save your energy for their upcoming concert and sing along with thousands of fellow fans.

For an electrified rock band, it's always nice to hear some shuffling acoustic guitars, and we get plenty of that with the classic 'On Top Of The World', featuring a soaring chorus and hand-clap beats that'll make you feel all warm inside.

If you're wondering what's that guitar-like instrument that provides the lovely melody that pervades this song, it's a mandolin. You're welcome.

We already know Reynolds can reach the high notes, but 'Believer' serves as a matter-of-fact anthem for anyone doubting his abilities. That chorus is crazy powerful.

Yes, by now, you would've heard 'Radioactive' plenty of times, whether if it's through movie trailers, advertisements or just the radio.

Yet, it's a timely reminder that this song was an early example of Imagine Dragons' staying power: providing the rock and pop fusion that's timeless, mixed with a contemporary hip-hop edge that's fresh and exciting.

That perky hook may be a point of contention for some, but it's a welcome change in a discography where Reynolds' voice is mostly present. The hook is easily infectious, and its hard-hitting beats are made for the dancefloor. It's #1 placement on the Billboard charts proves just that.

Why is 'Demons' No. 1? Like 'Radioactive', we think 'Demons' is a great representation of what makes Imagine Dragons special and unique in today's pop landscape, except that we just prefer the soulful hook on 'Demons' a lot more. It's wonderful.

Imagine Dragons will be performing in Singapore on January 7th at the Singapore Indoor Stadium. Tickets available here.

This feature is presented by Live Nation SG.