“So how many of you guys don’t even listen to our sort of music anymore, but came anyway just because you listened to us a long time ago? Cos that’s a thing.”

Wise words from Chiodos frontman Craig Owens today, as he addressed the 100 strong members of the crowd that turned up to catch Chiodos’ set held at TAB. Many of us have been waiting for Chiodos to come for years; but in line with the ten-year anniversary zeitgeist (examples include tours commemorating time-tested albums like Silverstein’s Discovering the Waterfront or Senses Fail’s Let it Enfold You,) 2015 seemed a good enough time to finally see Chiodos.

The spirit of nostalgia seemed to have infected Chiodos too (2015 is incidentally the ten-year anniversary of their debut album All’s Well That Ends Well) for their set was full of old songs and classics from their first two albums. “This one goes out to all of you who have followed us from the beginning,” Craig says as the guitar riff from “There’s No Penguins in Alaska” comes bursting in. We get treated to the live experience in the flesh we never thought we’d see; buzzsaw riffs and breakdowns from the ‘00s, and of course, Craig Owens’ charismatic, almost seductive stage presence. 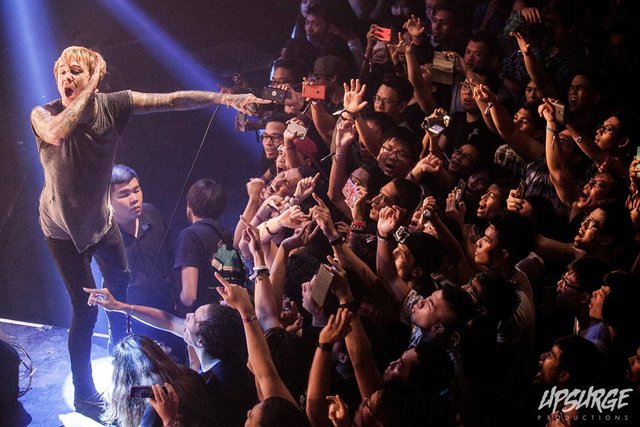 The band plays their golden hits like “The Words ‘Best Friend’ Become Redefined” and “The Undertaker’s Thirst for Revenge is Unquenchable.” The crowd goes mental: front rows jump along to every song, moshers and hardcore dancers thrash around in the pit, crowdsurfers were aplenty. Pauses between songs were equally intense; excerpts of Gandhi’s speeches played over the sound system in pitch darkness. The atmosphere was thick to the point of being almost suffocating. Rinse and repeat for about twelve songs or so, and you get a set which, although a little on the short side, bombarded us non-stop from beginning to end. Audience members were left a little bewildered as they chanted for an encore which unfortunately never materialised.

The band wasn’t without their tender moments though, dedicating one of their most heartfelt songs, “Intensity in Ten Cities,” to member of the audience who was handicapped and came in a wheelchair. I’m sure some of us shed a tear or two witnessing this one. Others had their arms around each other, singing to the famous line “I’m not the one that you want, I’ll only let you down.” Chiodos played another heart-wrencher, “A Letter From Janelle,” which, according to Craig Owens, was written about “having to deal with putting up faces all the time.” 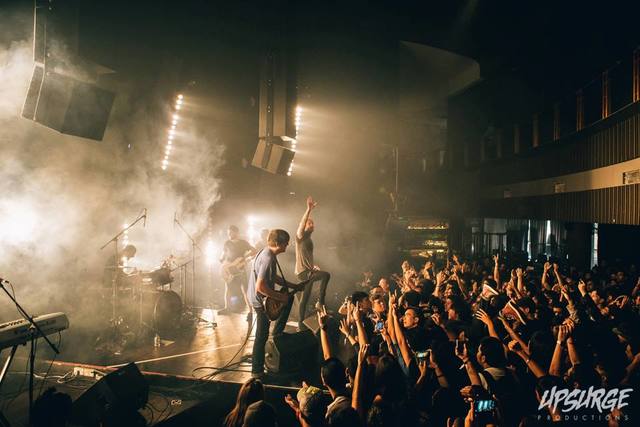 Even during their slow songs, Chiodos wasn’t without their technical chops. This was in part due to touring drummer Joseph Arrington (of A Lot Like Birds) and his proggy drum style which added some flavour to their sound. It was in fact during “A Letter From Janelle” that we got to hear more of his idiosyncratic style not originally present on their second album Bone Palace Ballet. Chiodos also recruited Chad Crawford (formerly of Scary Kids Scaring Kids) to help out on the guitar, and a bassist we couldn’t identify. They’ve been going on tour with only three core members since about a year ago, but that obviously doesn’t stop them, and by today’s show it didn’t look like it made a difference.

When we left TAB the sun was still up, so Upsurge Productions nicely set up a meet-and-greet session where we could bring our things to be autographed and have our photos taken with the band. Chiodos were surprisingly friendly, even though I’m sure they were horribly jetlagged, having flown from the States just a day before. When most had left, Chiodos even stayed behind to chat with the fans that were still around. Craig Owens in particular, was especially patient considering the number of fans he had in line for photographs. Seeing and hearing Chiodos today as well as old friends was a walk back in time and I’m sure today marked a fond place in our hearts.