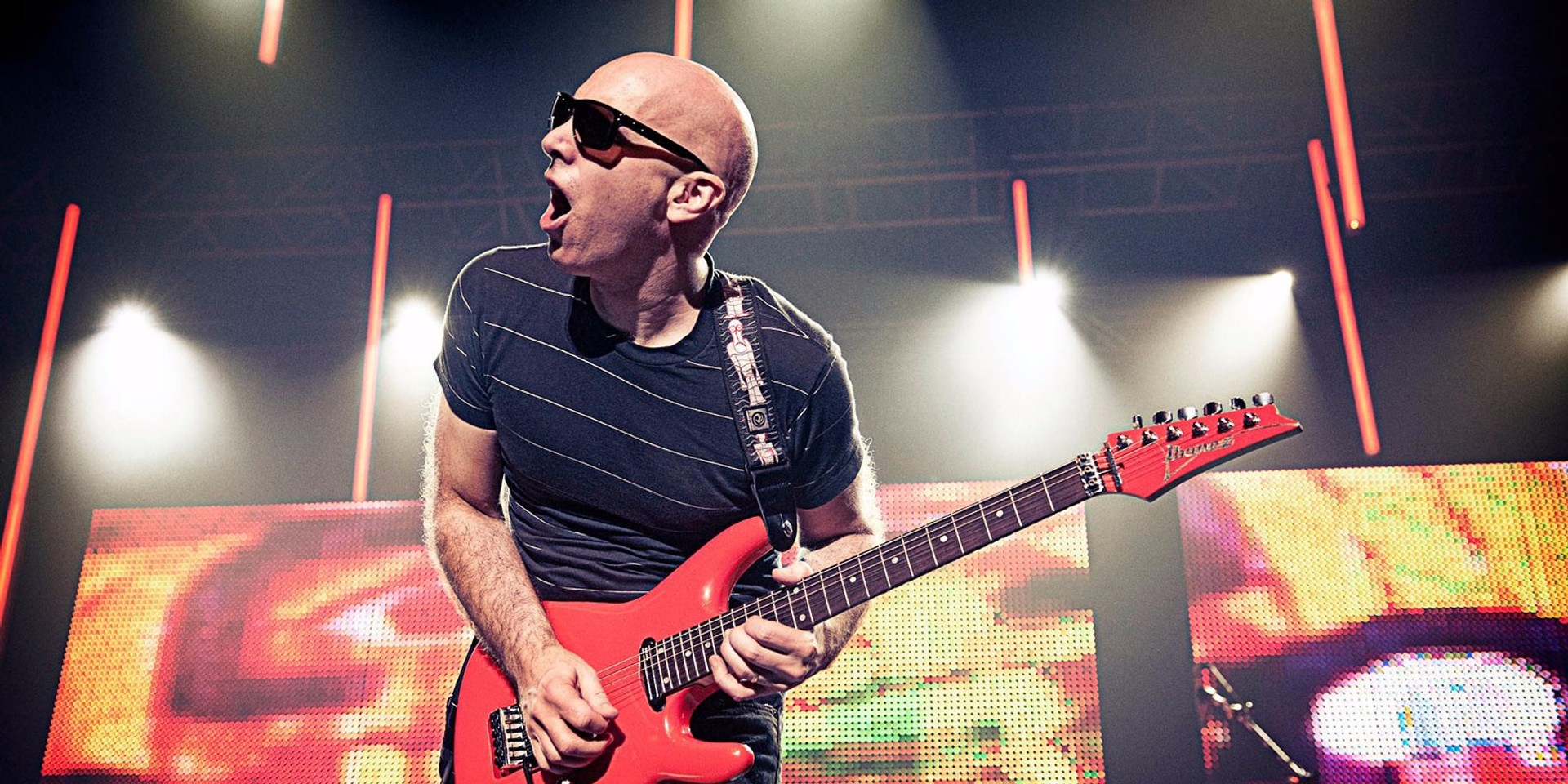 When you think of legendary American rock guitarists, names such as Steve Vai, Larry LaLonde and Kirk Hammett obviously come to mind. But as great as they all went on to become, did you know that all of those aforementioned names were once pupils of Joe Satriani?

Yes the 60-year-old legend is indeed the Yoda to many guitar Jedis, but of course, his fame spreads far beyond his stint as an instructor to his lengthy and insanely successful solo music career. From his 15 Grammy Award nominations and 10 million album sales, Satriani is revered as one of the best and most accomplished instrumental rock guitarists of all-time, and deservedly so.

The guitar wizard will be returning to Singapore for a one-night-only showcase on 21 February, 2017 at the Kallang Theatre - and this will be part of his globe-trotting Surfing To Shockwave Tour. Billed as a complete retrospective on Satriani's 30-year body of work, the man will be revisiting material spanning from his first solo album, Not of this Earth, through to his latest release, Shockwave Supernova.

Songs such as 'Big Bad Moon,' 'Friends', 'Crystal Planet', 'Not Of This Earth', 'Luminous Flesh Giants' and 'If I Could Fly' have been confirmed to be part of his setlist, alongside some gems, pulled from the Satriani Songbook "which may not have ever been performed live, or in some cases, for a very long time."

As an adeed bonus, Satriani's touring band be an all-star cast made up of Marco Minnemann (Steven Wilson/Aristocrats) on drums, Bryan Beller (Dethklok/Aristocrats) on bass and Mike Keneally (Steve Vai/Dethklok) on keys & guitar.

Sounds like this plans to be an unmissable event for any serious Satriani fan.

Tickets and VIP Meet & Greet Packages go on sale online on Thursday, 10 November, 9am through SISTIC, and at 10am via the SISTIC hotline and outlets. 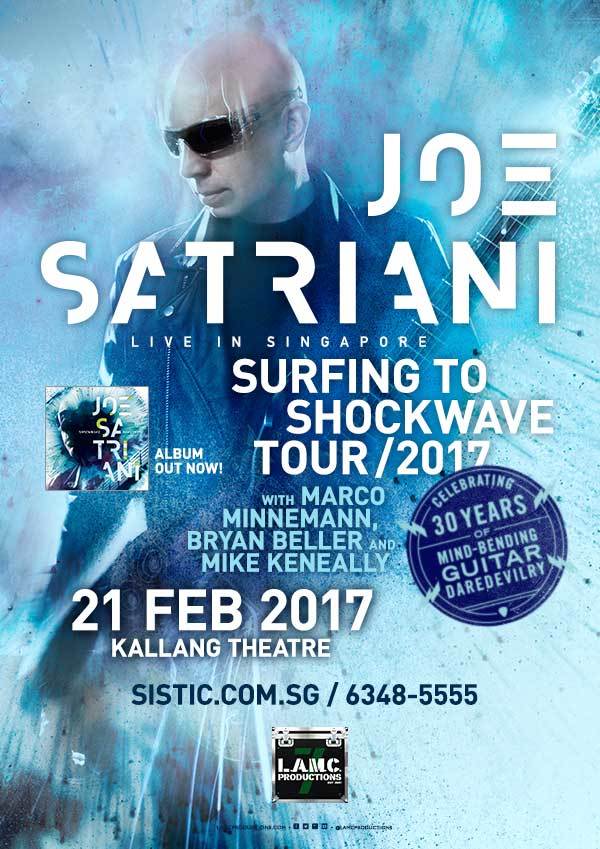