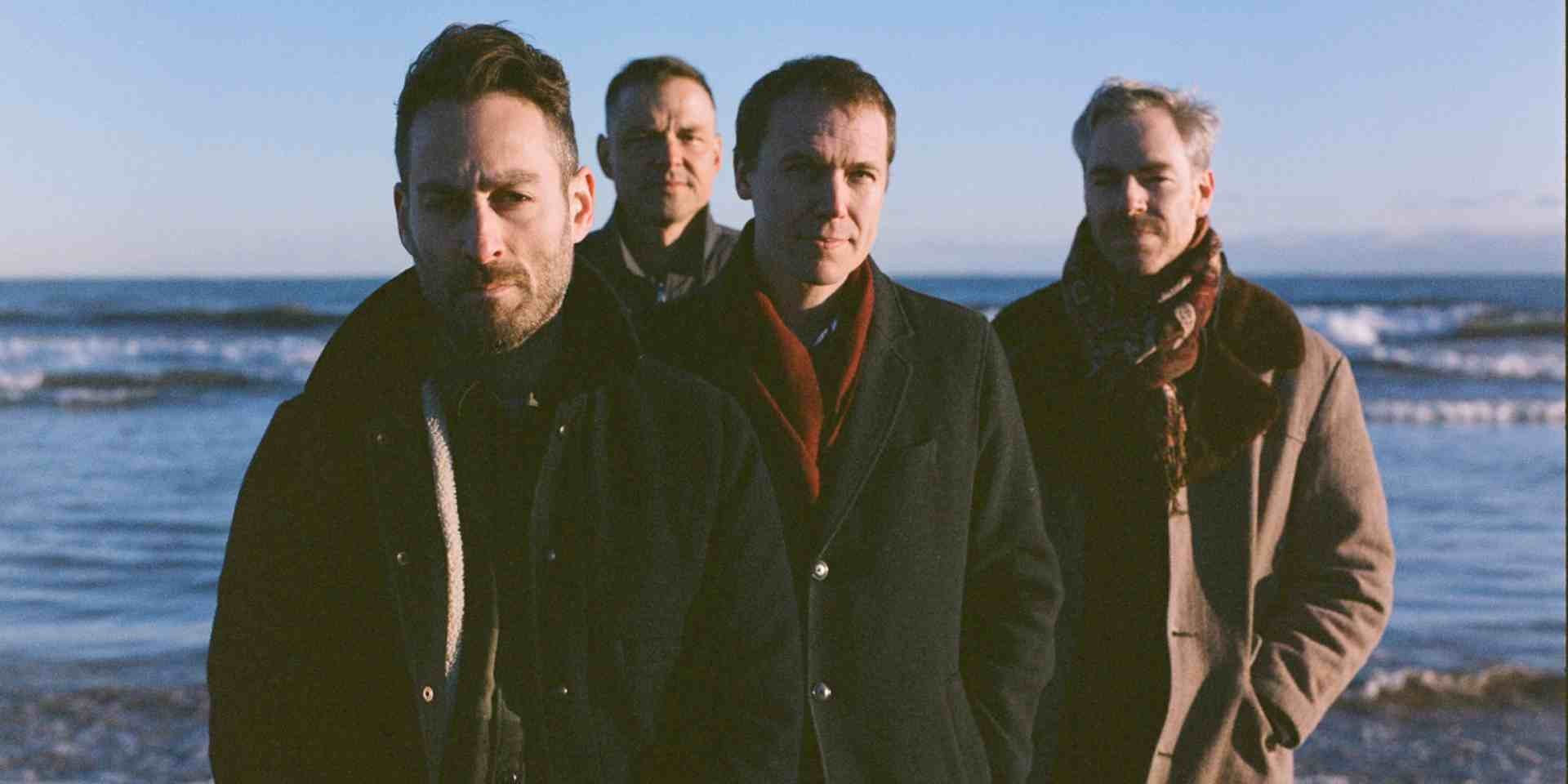 In March this year, American Football broke a three-year silence with the release of its third eponymous album. In the overlapping space shared by emo, math and indie rock, LP3 is a legitimate event album, one that defines the exceptional arc its makers have painstakingly built over time and and which stands in stark relief to the whims and fancies of today’s zeitgeist. Like Slowdive and My Bloody Valentine, American Football is a band which has parlayed its status as ‘90s-era icons into an enduring legacy, one that is premised on how rich an emotional connection the listener can have with its music and how rewarding the singularity of that connection is.

The band has always been an emotionally inviting proposition – LPs 1 and 2 are gorgeous, superlatively ornate confessionals whose inwardness is so profoundly sincere, you can’t help but let the songs bleed into the contours of your life. With a quietly spellbinding technicality, American Football managed to own and transcend that lane.

On LP3, frontman Mike Kinsella, Steve Lamos, Steve Holmes and Nate Kinsella double down on their sophisticated mode of emotional disclosure but they go deeper and crave out bigger worlds in their eight-song exercise in self-renewal. In the panoramic expanses of their shape-shifting sounds, in the openhearted lyrics that mine a feeling for all its expressive freight, one can also hear the band erecting monuments of self-discovery. That an album like this exists 20 years into its existence shows why American Football will continue to be essential.

Ahead of the band’s first-ever Singapore show – which happens this Sunday – Nate Kinsella chats with us about what it means to be in American Football in 2019.

2019 is looking good! It's been fun! My wife and I had our second child, so we've been busy with that adjustment. So far, so good – as long as you kind of ignore the politics! [Laughs]

American Football will be playing Singapore for the first time ever. What’s got you excited about the show?

Well, we've never been to anywhere in Asia other than Japan, so all of these places that we're playing are all going to be new to us, which is really a fun experience to have after you've been sort of touring and playing the same places over and over again. [Laughs]

We're just really looking forward to being in some new parts of the world that we've never gotten to see before. I'm excited to try a bunch of new food and just wander around a foreign place. Yeah, I'm ready to dive right in! Actually I don't think we'll have a ton of time to hang out or anything, but I'm definitely going to try to make it a priority.

Have you heard of or read anything about Singapore?

No. Honestly, I've been so busy with taking care of my kids! But I'll actually try to find some spots near the club within walking distance – a nice restaurant or bar or something. Or if there's a beach nearby, I would definitely enjoy it! [Laughs] I haven't had time to do that.

The band has been adding several dates to the Asian tour. Why is touring Asia important to you, now?

Well, it's somewhere that we haven't been. And we noticed that whenever we post something, we see a lot of comments asking us to come over. I think we had an opportunity to have a tour and add some more stops, so we figured to try it and see what it's like! The opportunity was there and we took it, so we'll see what happens!

Congratulations on the beautiful LP3! The band has emphatically moved on from the house depicted in the prior album covers. On a symbolic level, what does that represent to you?

[Laughs] I think that it just represents, to us and to everyone who's ever noticed, a marker of a before and after period. LP1 and LP2 kind of fit together in a way where LP1 has been something that stood on its own for so long, and LP2 was everyone realising the power that the first one had and trying to harness that again – see what we could do. It was informed by LP1 quite a but, just knowing that it was right off of playing a reunion show. I think we knew how important that first one was to so many people, so that situation was on our minds while making LP2.

But with LP3, it's more of us sort of realising that we feel like a normal band now. After playing together for a number of years, we're certain of what our strengths were, what instrumentation sounds good together and what our songwriting is turning out to be like. And when we start to write new songs together after so many years of not doing it, it felt like it was a break from the other two. Because we were really just writing in a way where we were challenging ourselves more, we felt like there were still somethings left to explore that we haven't done on LP2. We had it in mind already that it was going be different, and that we will be writing for ourselves in a new time. So, it made sense to not include the iconography of the house.

The lead single 'Silhouette' affirms that really well ,with its various far-ranging influences and elements.

Well, let's see, I'm trying to remember that one. I think that was one that Mike had started. He had GarageBand on his phone and he did some demos on his phone – that's good enough as a starting point. And then he sort of came up with some interlocking guitar patterns and I added some vibraphones to it and some glockenspiel. Then we had a friend put the violin on it, and we just told her to do whatever she wanted.

All of this happened organically, I don't even remember writing that song! [Laughs] It's just kind of like all the parts were there. Mike and Jason, who produced it, they work together a lot – Jason recorded, engineered and mixed everything. So, all the sonic qualities can be attributed to him.

'Uncomfortably Numb' is another highlight. What made you want to work with Hayley Williams?

Well, I know that she had maybe tweeted at American Football a couple times and she showed up to a show once. I think Mike met her and we have mutual friends, so it was a friendly thing. Mike always said that the vocal parts sound like they should be sung by a female. When he was putting together vocals for this album, he was thinking about trying to get female singers to sing on it, and she came up as an option and maybe she'd be into it.

So we reached out, and we were all very surprised that she was up for it and that she happened to be coming to Chicago on tour with a day off. So we kind of hung out for a day and she just nailed it right away. Yeah, she's just amazing to work with – really, really great.

Wow, that's a tough question. One time I did sound at an Emo Night a few years ago and I was sure that I was going to know all the songs – I was looking forward to it and that it was going to be a fun night. And I showed up and the party started, the DJ started playing and it was packed! There were so many people who were singing along to every song and I didn't know a single song! [Laughs] And then I thought, "I think I don't know what emo is!"

So, I think that we are all kind of at a distance from emo. Yeah, I don't really know. Like, I hear about bands that are emo bands and they all just sound like bands, I don't know! I don't really know what it is that makes them "emo" bands, I really have only been listening to electronic music lately, so I have no idea. But they're out there! They're doing stuff. And I think I'm in an emo band. [Laughs]

Do you see playing in American Football and your solo project Birthmark as two separate entities, or are they part of the same spectrum?

American Football is very collaborative, and I think that's what's so much fun about it. Before joining American Football, I had started Birthmark for quite a while. It had been a number of years where I was only doing things by myself.

Both have their upsides and downsides. I know I really trust Mike, Holmes and Lamos – I think they have great musical taste. So when we're writing things together, if I don't know where something is going, or if I feel unsure about it, I'm more likely to just kind of see it through anyway. I think that's a nice place to be – to kind of let yourself be a passenger sometimes, just to see where things go.

When you're doing something on your own, you have to be driving: All the exploration has to come from yourself and you have to be providing all the motivation and criticism at the same time. So it can be very hard to do it that way. But when you do complete something completely on your own, it feels very gratifying.

It's like if you play golf or you bowl, and you win first place, there's something really gratifying about feeling like you are number 1. When you're on a team, and you win, you get to feel like you're part of something that's bigger than you and the feeling can be just as great, but it comes from a different place. So, they're both different but they're awesome in their own ways. 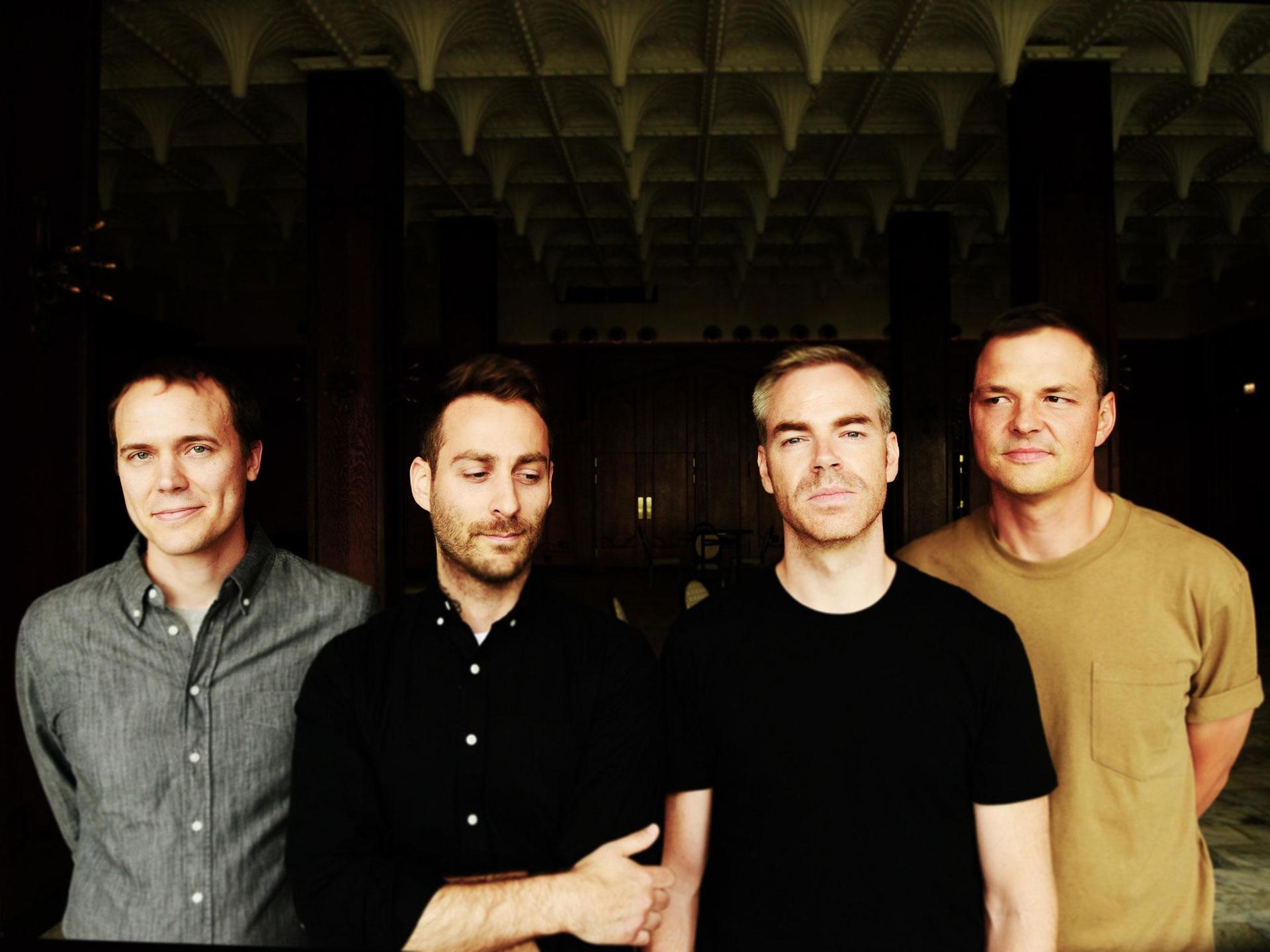 Finally, what are you looking forward to for the rest of the year?

American Football will perform at The Pavilion @ Far East Square on 4 August. Tickets are now on sale for $85 and can be bought here.