Empathy breeds closeness. It makes the world feel smaller. In the middle of May, this year, Aminé, a rapper both overtly and implicitly different from the herd of tough-talking, hard-flexing pap-rap cutouts, released ‘Places + Faces’ into the ether. Over a tingly and propulsive beat, the Portland-born artist gives the listener an emphatically unvarnished glimpse of how fame has transformed his life. Because of its dramatic heft, it’s hardly a brag but a generational apology for how we live in these noisy, accelerated times.

An Aminé song is the collision of formidable technique and a penetrating emotional honesty. That’s one of the two reasons why he’s one of the most vital voices in contemporary hip-hop. Even his most club-ready songs resound with an deeper potency that is genre-redefining. But, as crucially, he is someone unconcerned with being everything to everyone. His singularity runs in tandem to the sui generis music that bears his name.

Recently, he visited Singapore for a promo run and we were fortunate to speak to him about how he’s managing his time in the spotlight and the music that has led to this point. Read the interview below.

Ah, great! It's been just a lot of working, really.

What's been the best part of the year?

We've just been working on my upcoming album for the past two years. It's just been a lot of that while touring, and trying to balance making music while travelling the world – which is not easy – just trying to balance sleep and work at the same time.

Are you able to give any insight into your new album?

Not really! [Laughs] No, but all I can say is that it's something I'm really proud of and something I've been putting a lot of effort into for the past two years. I haven't really gone this in-depth with my music in a while, so it feels good.

You've got a bunch of Asian dates lined up for the tour. What made you want to come to Asia?

Well, I'm pretty open to anything – I want to go everywhere in the world. So, what made me want to come? I just wanted to come! [Laughs] Pretty simple for me.

Congrats on your 2019 release ‘Places + Faces’. The freestyle and the video are beautiful and devastating. What made you want to spontaneously release such a personal piece out into the world?

Thank you. It’s just more so a release for my fans and me. When you release music, you always want to put out something for your fans, and for you to be able to gain new fans. But for that song, it was more so just for my day one fans. It was just a way for me to show them that I'm appreciative of everything that's come, and it's just kind of like an end to an era.

In the song, you discuss the sacrifices you've had to make to get to where you are now. What's the hardest part of navigating the music industry while also keeping a level head?

There're a lot of hard parts to it. I would say, from a person who comes from a small town, it's hard to balance your personal time and work life. It's a lot of hard things to the point where it's like you don't even know what's the hardest part. So, that's a question and I don't know how to specifically answer. But, I guess, for me, the hardest part for me is just keeping myself sane throughout all the stuff. I just don't love being a celebrity. I just don't like being put on a pedestal where people see you as a god – everyone makes mistakes and everyone's normal, so it is what it is.

What are some ways you cope with this?

Just making music, really. It just goes back to square one – it's kind of the same as working. But honestly, just keeping to yourself and living a regular life – just go get ice cream on a sunny day and drive to the beach and do some regular stuff. I don't really go to parties, so yeah that's kind of what I do for fun.

One of the most heartfelt lines in the song is: “I miss them days on Pigeons & Planes in my bedroom / Tryna hope for my hustle to pay off real soon”. What do you miss most about those early days?

The thing I miss the most is really just what that line says – being in the bedroom, not knowing what your future was, and just kind of hoping for where I'm at now. That's kind of like the best feeling. Those weren't easy times in any sort of way, but they made you who you are today.

Not that I'm not inspired now, but I just miss being super duper hungry – y'know, for all this that I have today. But nowadays it's more so I just want to make music that I love – not for attention.

'Dr. Whoever' from your ONEPOINTFIVE mixtape puts the listener in a very powerful position, since you’re pouring your heart out to them. What made you want to put the listener on such a level?

Thank you. I don't know. It's not even like I went in to some deep thought process for it. It was just more so because I thought it was cool. I don't see a therapist, so I thought it's kind of cool that I use music as my therapy – and I guess the listener is the therapist. That's because, when you're at a show and those kids are shouting your lyrics to you in your face, it kind of feels like you did something right. I guess that's the best answer I can give to that: It felt great to make a song that was for fans.

You also mentioned Jay-Z in the song. Who are some other artists of your generation that you look up to?

Jeez, that's a good question! I definitely look up to Injury Reserve. Those guys are always pushing the boundaries in music and making the most challenging art. I love people like Vince [Staples] and Slowthai – those are guys who’re making music they love and not just for the general public, and that's what I kind of strive to do always, too. They're are all homies and people whom I respect.

It’s been three years since 'Caroline' was released. What does the song mean to you, now?

Not only was it just a song that I thought was just a song, but it started a whole career for me. I was making music before, but no one really cared until that – and it felt great because it just started my whole career. And I think it's beautiful to be able to admit that and be like: Yeah, this basically started the ONEPOINTFIVEs and the Good For Yous – look where we're at now! So, I'm super appreciative of that song and what it's done for me. 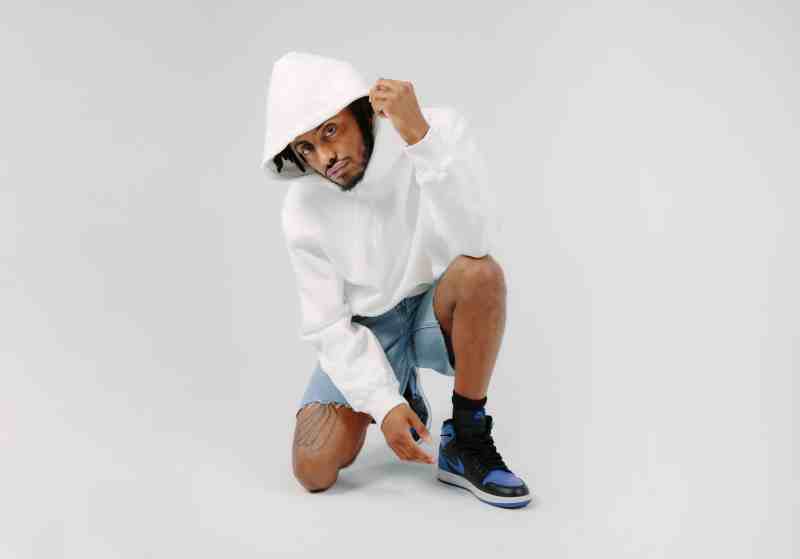 When Odyssey to Me came out in 2014, no one could really tell where you were headed, but now we're here. What's changed the most for you since those days?

Finally, what are you looking forward to about the rest of the year?

A vacation, really. [Laughs] And the new album – that's the main one. I'm excited for people to hear it, digest it, and see what it does.