The last two times he was here (both in 2008), Sting showed us two different sides of him. He rocked the Indoor Stadium with the much-anticipated reunion of The Police, while also revealing a deeper and more sophisticated layer with the tour of his critically acclaimed Songs from the Labyrinth classical album. 2011 saw him marrying these two sides in his Symphonicity tour, reimagining a choice repertoire of his most popular songs with a full symphonic orchestra. Now, the love affair with a grand scale of sonic luxury was lovely while it lasted. But no matter how far and progressive his experimentations went, at his very core, Sting is still a rocker. And true to his nature that's where he ended up back at on his 2012 Back to Bass Tour.

Gone is the moonlight romancing of the symphonic orchestra, opting for a 5-piece band. Swooping strings and epic soundscapes are no more, but the smaller and tighter lineup actually brings out the magic in the songwriting and musicality in his songs that have endured through all these years and decades. And what I realized as Sting and his band started the show off with a triple whammy of 'If I Ever Lose My Faith In You', 'Every Little Thing She Does is Magic' and 'An Englishman in New York', is that even upon hearing the songs now, they will not sound the least bit out of place when put alongside the best that today's airwaves can offer.

You see, the thing about Sting's music is its universal and timeless appeal that transcends any categories that people may try to pigeonhole him in; I for one, a 20-something Asian struggling writer (which is just a term for a glorified slacker), could testify to that, and the excited middle-aged Caucasian couple that I had to spend a good chunk of time watching while they shake their booty in front of my face and do an embarrassing excuse of an Arabic dance to 'Desert Rose', most certainly can as well. 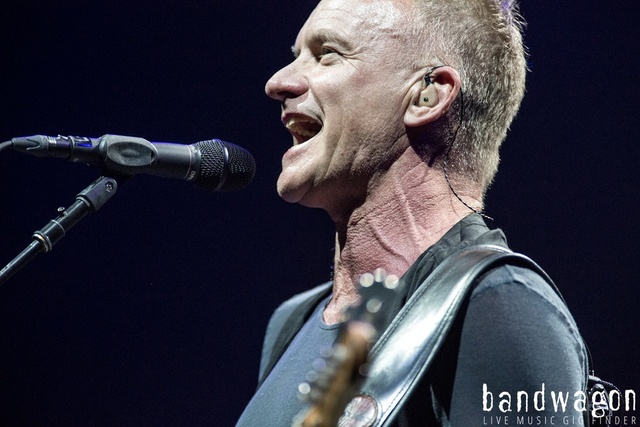 And speaking of timelessness, Sting was still as energetic and vibrant for a man into his 60s. Still looking dashing enough for the ladies to gladly rip their knickers off for, the confidence from decades-worth of showmanship was apparent as he struts around the stage as though a second home. He still hits all the high and sustained notes effortlessly (or at least makes it look that way), so it was no wonder that he commands a vigour that not only spills over to his fellow musicians that shared the stage, but one that they have to constantly keep up to – and hence, bringing out the best tricks that they have to the party. Perhaps it may be just another day on the job to them, but it isn't everyday that us folks on this lonely island get treated to such a splendid spectacle of world-class musicianship.

Vinnie Colaiuta's versatile drumming, from an uncanny capturing of Copeland's drum sound during The Police tunes to displays of beat virtuosity such as that in 'Seven Days', fits like jigsaw pieces to Sting's rhythm. One that might have almost stolen the show from the leading man on several occasions would have to be Peter Tickell and his intense violin solos, but to me, the best supporting cast to this show would have to be the heartfelt vocal textures that Jo Lawry weaves into the fabric of the songs.

But alright, let's put aside the technical music jargon now. Let's talk about stories. After all, they were how this multiple-Grammy-award-winning singer and songwriter secured such a lasting place in the hearts of fans and critics alike. As a storyteller, Sting tackles universal themes of life and love through his unique brand of emotionally-driven anecdotes and fables. He sings of a misfired gun and a grave mistake in 'I Hung My Head'. A pair of foxes in love while outwitting hunters in 'End of the Game'. Oozing with the folksy charm and poetic wit of a 16th century bard, he had everyone in a venue as large as the Indoor Stadium wrapped around his finger as he enchanted us all with tales that move you, uplift you, and always leave you with a sense of wonder. 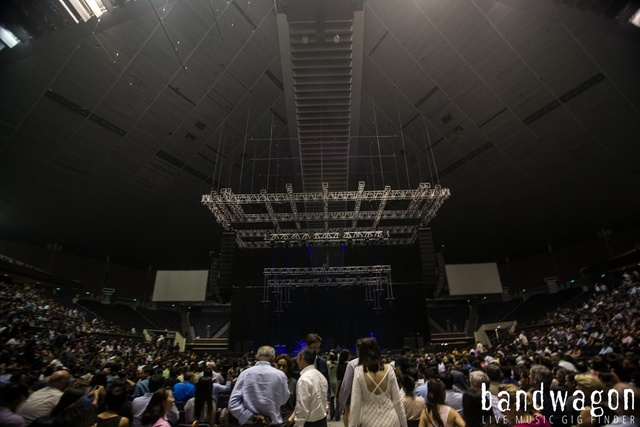 But this sense of wonder is of how we wonder his life to have been like. After all, all we have here are simply tributes; to the stories that he had lived through to tell. Through the all-consuming love of 'Wrapped Around Your Finger'. Through the dark hours of 'Roxanne'. And night after night he tirelessly relives those moments again, for us. But the Englishman will never be as alone as he was in 'Message In A Bottle'. Because when we sing of sending an SOS to the world, for those brief few minutes, we lived out his stories too. With him. Through him.

You too can live out his stories as well in his latest release, Sting: The Best of 25 Years.