Bandwagon recently had the opportunity to speak to Andy Cutterbuck and James Hatcher of English electronic R&B duo, HONNE. The duo are set to release a new album in August following the success of their 2016 debut Warm On A Cold Night.

Just today, the duo released 'Day 1' and 'Sometimes', two new tracks off their upcoming sophomore album, slated for an August release. This is the start of a unique album reveal where HONNE give fans the music piecemeal, releasing two songs towards the end of every month leading up to the album's release. Every song pair will share two point of views on various topics – yin and yang, the light and dark sides of every story, as the band put it in a press release.

How did the two of you meet and what led you guys to the creation of HONNE?

Andy: We met just before university had started and we were going through the whole orientation period, and James was the first person I had met while waiting in a queue to get some food. I was reaching my hand out to get a tray and James was doing the same thing and our hands touched. It was a magical moment [laughs]. It was kind of like a romantic comedy. Within a few days we were already jamming together just for fun, but we stopped for a while to focus on our studies and then we resumed making music together and the rest is history.

You performed to two sold out crowds in Singapore last year, which is no easy feat. What was that like?

James: It was amazing. We’ve heard that it’s not all that easy to sell out two shows back to back in Singapore so we were really shocked when we heard that we had achieved that. I think it’s kind of like a testament to the music we make, that it really touches a lot of people. It’s always such a pleasant surprise to be so well received in a country that isn’t your own. We absolutely love Singapore, the energy is amazing, the city is beautiful. We can’t say enough good things about Singapore. 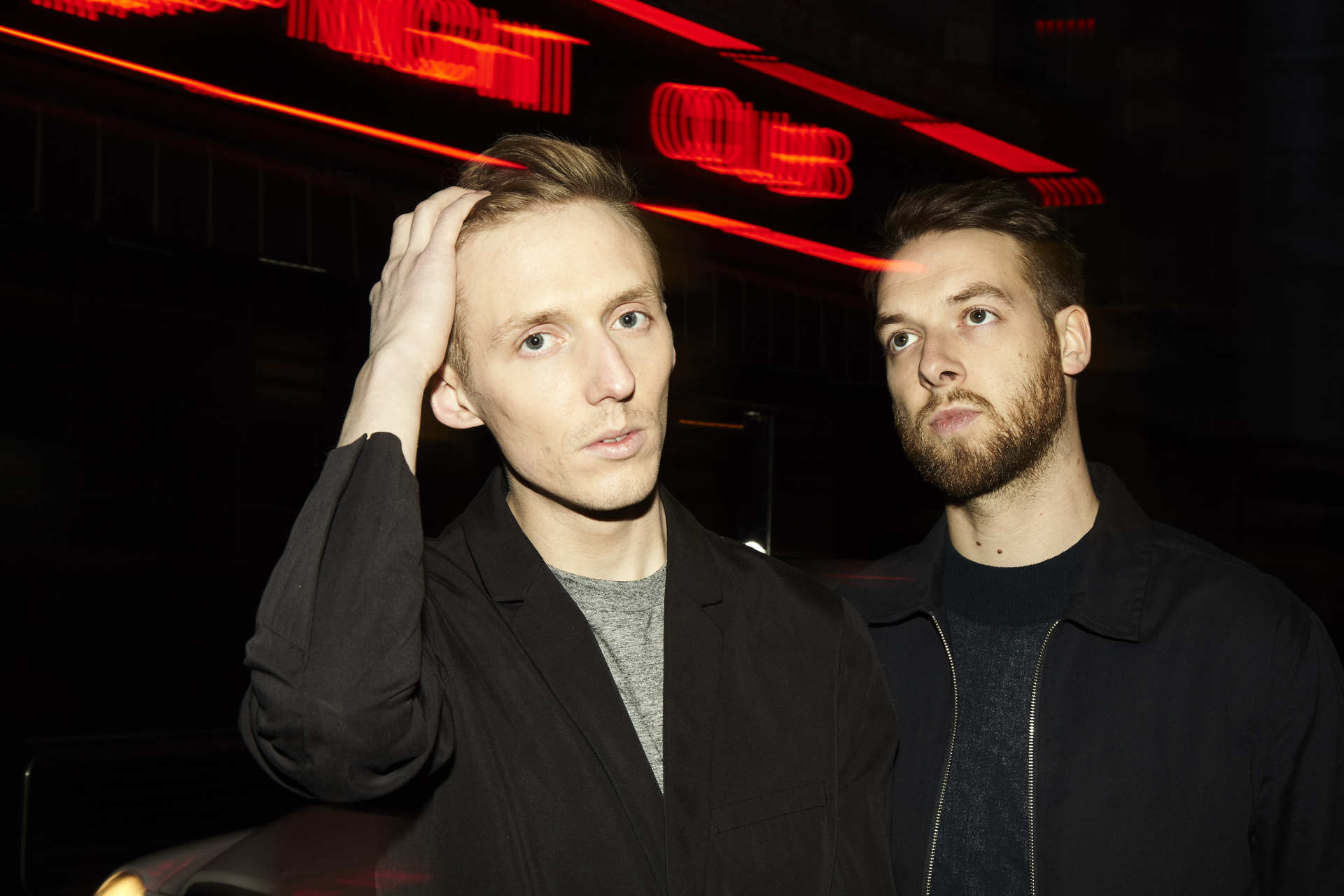 You guys have a series of releases scheduled up till August, when all the tracks will be compiled into an album. How was the concept for the record and its release conceptualised?

Andy: Yeah, we’re going to be releasing two tracks a month for the next six months. The songs will be released at the end of every month. Basically, the concept is that we're showing two sides of the heart, light and dark themes.

This is your sophomore album – it's not easy to follow up a great debut. Were you worried at all about that?

James: Luckily, we think the first album is a bit shit. We’ve been working on that album for so long, that it’s gotten a bit stale and boring. We wrote and performed ‘Warm On A Cold Night’ long before it was included in the album so it’s actually really refreshing to have something new to work on and be able to leave that all in the past in terms of going into the studio. I think we were really inspired for this upcoming album and I think it shows in the music. So, no, we weren’t really worried about pressure because there wasn’t any, we just wanted to make something fun again. There are still elements in the new record that fans will find familiar. We didn’t abandon the sound we’re known for, we just kind of expanded upon it. It still has that classic HONNE feel.

You said in a previous interview you'd like to incorporate more rap and hip-hop into your sound, and you got Aminé on board for a remix of ‘Warm On A Cold Night’. Did you manage to move in that direction on this forthcoming album?

Andy: Definitely. I’d even say we’re a hip-hop artist now... That was a joke, I was joking! We’ve definitely included a lot of elements from our influences, some of which were hip-hop related. It’s more of a beat driven record. The first record was more of a nighttime record, if that makes any sense. The new record, we’re hoping, is something people can listen to at all times of the day.

You’re returning to Asia for a show in Jakarta this July. Will this be the only Asia stop of the tour, or are there other shows planned for the region?

James: We have plans for other shows, but not just yet. There are other festivals we’ll be playing at in July that I don’t think have been announced just yet so I don’t think I can say anything beyond that, but we are planning an Asia tour for the start of 2019 so that’s going to be great. People will be familiar with our newer material by then and they’ll be able to sing along to them, which is going to be so much fun.

It’s safe to say that you will be performing your new material over the course of the upcoming tour then?

Andy: We’ll be playing all the hits, and a little bit of the new material. I think fans get a bit bummed when they go to their favourite artists’ shows and they only perform the new stuff so we’re going to be throwing out a lot of the old stuff with a little bit of new stuff sprinkled in a bit.

HONNE will be performing at We The Fest in Jakarta, Indonesia from 20 to 22 July. Get your tickets here.

In the meantime, stream HONNE's new tracks titled 'Day 1' and 'Sometimes' off their upcoming record below: