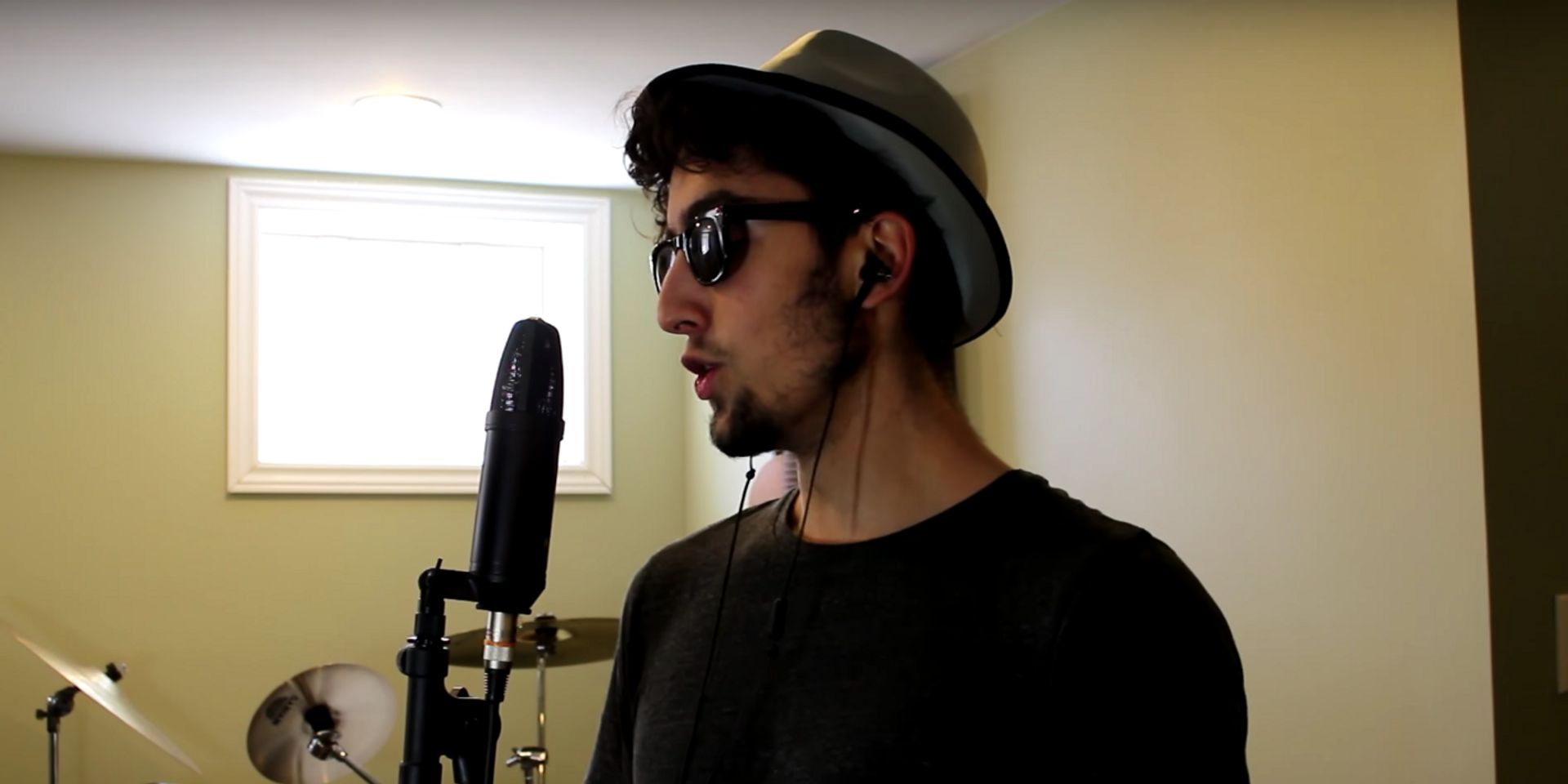 Ever wondered what some of your favourite songs might sound like live if the musicians just couldn't hit the right notes? What about when they forget the lyrics and just keep repeating the same lines over and over again? Of course you haven't wondered about any of this, because you love music and care about it being good. But here's a YouTuber who's determined to give you the listening experience you think you don't want, but will come to love.

Meet Magik Mike, a YouTuber who edits and mixes popular live performances and interviews with musicians, from the likes of the great Michael Jackson to Bruno Mars, leading to ab-conditioning hilarity. Sometimes this involves pitch-shifting a great singer's vocals, turning a pop song into a metal track, or mashing up Ariana Grande and Red Hot Chili Peppers. A popular title convention on his videos: "(song title), but it's a complete shit show". Dig a little deeper on his YouTube channel, and you'll even find a few amazing (not really) covers that he recorded on his own.

Bandwagon decided that an interview behind some endearingly troll-y music memes would be interesting and apt for April Fool's Day. Most importantly,  fans might find a deeper appreciation for the effort that goes into Mike's hilarious videos. We spoke to him on what goes on behind the scenes, what drove him to make these videos and more. Check out the complete interview below.

You’ve made a name for yourself by editing performances of famous musicians, and the results are hilarious. What inspired the idea for your videos?

Thanks, I always like to be transparent about my influences and give credit where credit is due. I think the origin of the ‘those notes’ genre of videos (funnily pitch-shifted vocals) can be traced back to a SoundCloud user named Susboy, who created a Rick Astley edit titled 'Never Gonna Hit Those Notes'. Neil Cicierega has created some funny stuff too. Isosine was a big influence back when I used to do song mashups. I find myself influenced by many different YouTubers but I try to combine different styles in a way that ends up as a unique product.

Which of the videos you’ve released so far has been the hardest to make?

The Ed Sheeran and Bruno Mars interviews were probably the most time-consuming to create. I probably spent about 12 hours on each of them. Unlike the song edits I usually make, I couldn’t rely on the same methods that I am used to. I took a 30 minute interview and had to do my best to splice together sentences from different parts of the video, using their words completely out of context. I then had to use tricks to cover up the edited parts and try to make it look fluid and (somewhat) realistic.

Which video of yours is your favourite?

I would have to go with the Wiz Khalifa/Charlie Puth video. It was one of my first attempts at making a video of this type, so it has sentimental value to me. I Miss Those Notes is probably my 2nd favourite. One thing both of these videos have in common that I like is the over-the-top absurdity. Sometimes I enjoy doing that more than the relatively realistic approach I have taken in other videos, where I try to make it look like a legitimate performance. But every video is a new experience and I like changing it up.

Have you ever gotten in trouble with an artist’s team?

I’ve managed to stay out of trouble recently, as I have learned through experience which artists to avoid entirely. I had a couple videos taken down in the past, however. Some record labels are more lenient than others about letting YouTubers use their artists’ content. Luckily, YouTube provides a pretty comprehensive list of which songs are fair game to use in terms of copyright in their Music Policies section.

Have any artists ever taken notice of your videos and responded to them?

A while back when I used to make videos that were supposed to sound GOOD, I had Synyster Gates’ dad comment on a Avenged Sevenfold / Bruno Mars mashup I made. Someone shared it to his Facebook page and he replied with something to the effect of “I’m not sure if this is clever or sacrilegious,” which I thought was pretty funny. Grant Kirkhope, who has done voice acting as Donkey Kong, said on Twitter that he enjoyed my DK Rap/ Evanescence mashup I made. As far as I know, none of my recent videos have been seen by the original artist, but I’m excited to see if that changes in the near future.

How long does a video take to make? How do you decide what songs to mash up together?

I don’t time the process, but I would estimate each video generally takes about 5-6 hours of work. Song selection consists of finding a song that is relatively well-knowN and that I enjoy listening to. I also have to ensure it’s a song that won’t get my video taken down for a copyright violation. Sometimes inspiration hits me and I will randomly think of a funny idea while listening to a song and write it down for later, but often I choose a song without any concrete ideas for jokes and just think of stuff as I go along while editing.

What ran through your head when you realised people were watching and even enjoying your videos?

It’s a great feeling to know that people are enjoying your content. The thing with YouTube is that the growth of your channel is largely exponential. I went from 1K subscribers to 40K faster than I went from 0 to 1K. It can be discouraging starting off when the growth is much slower, but I guess it’s good because it ensures you’re making videos not just for the views, but also because you truly enjoy making them. I had a lot of fun creating these videos even when the channel was relatively small, but it’s still nice to receive the appreciation I’m currently getting.

Check out one of Magik Mike's latest videos below.