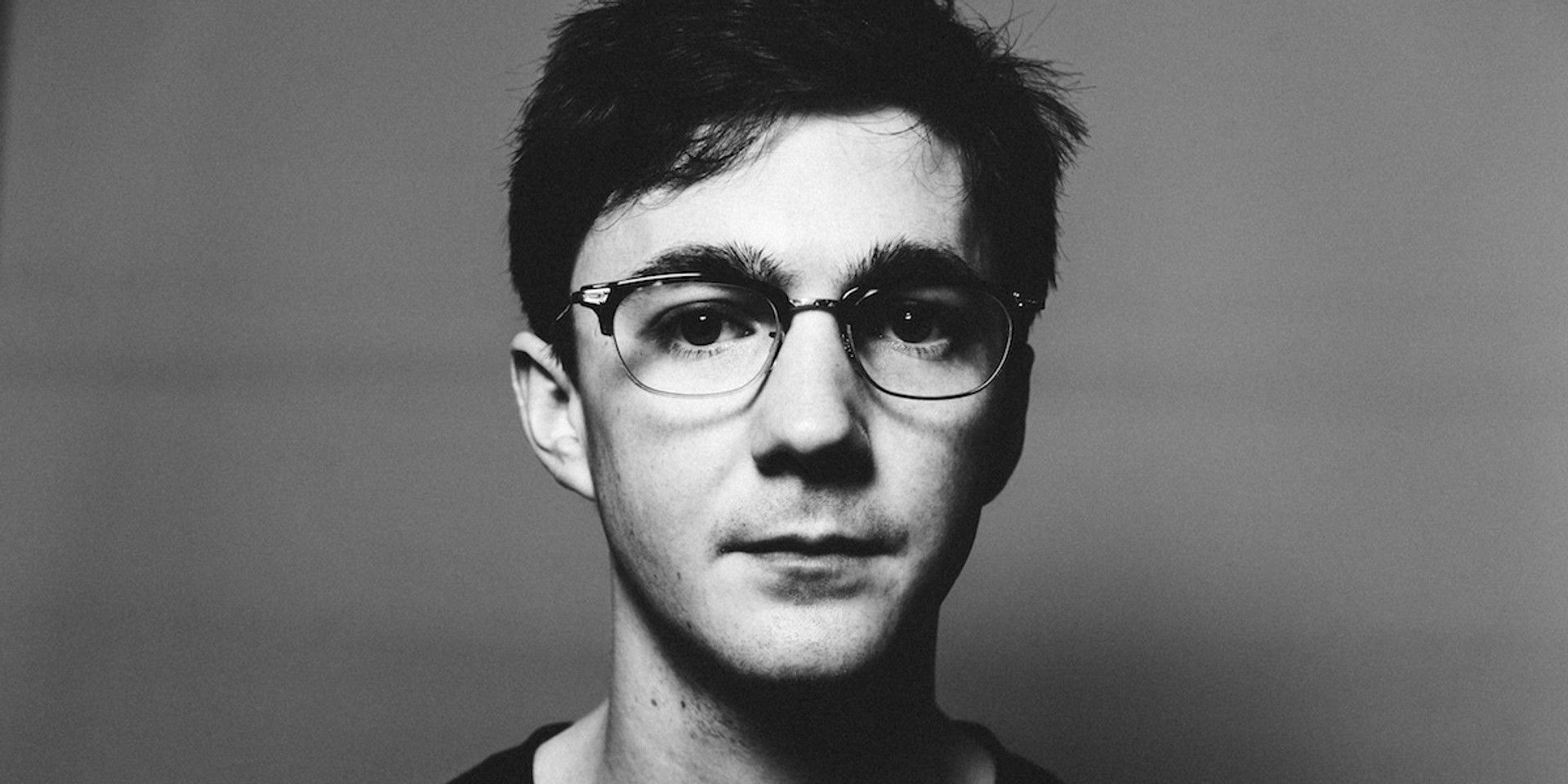 Much has been made of Ben UFO's (real name Ben Thomson) status as one of last few remaining "pure DJs" left in the UK alongside notables like Oneman and Jackmaster, but we get a sense that even he's tired of that narrative. Sure, it is impressive that he's reached this level without a production career as a buoy, but one reckons that conversation should probably shift to his taste as a selector rather than focusing on something that isn't there to begin with.

As a DJ, Thomson is celebrated for his open-mindedness and his never ending quest to challenge the parameters of what can or cannot work on the dancefloor. His technical skills and crowd sensibilities are unparalleled, which is how he manages to take so many into the unfamiliar so often. From his origins in dubstep and grime back during the formative periods of both genres to his recent turn as a purveyor for the weirder fringes of house and techno, the crowd has always trusted in Ben UFO, and that's because, as off-kilter as his sets can be, he never loses sight of what the floor needs.

With an exceptional grasp on dance music history (particularly London's) thanks his humongous collection of old records, alongside his ear for the future, Ben UFO has always managed to marry rare classics unearthed during his crate-digging exploits with exclusive forward-thinking material from burgeoning producers (he's famously helped to break the likes of Blawan and Joy Orbison). Its an exploration of old and new that defines his taste as a mixer, radio disc jockey and as a label owner.

Together with schoolmates (and future legends) Pearson Sound and Pangaea, Ben UFO founded his own record label called Hessle Audio back in 2007, and the imprint's growth has been nothing short of exceptional over the last few years. Few labels possess the impeccable repute that Hessle is blessed with, and even fewer have the kind of discerning track record that Hessle's back-catalogue (and future releases) is so revered for. From the founders' own material to the likes of Pev, Kowton, Martyn, Objekt or Untold - Hessle Audio is a treasure trove that evolved substantially in terms of BPM and sound, but what's never changed its the thoughtfulness and quality of their output.

We caught up with Ben UFO after his outstanding set at kyo to talk about the origins and evolution of Hessle Audio, and how that has gone hand-in-hand with his own philosophy as a DJ.

Take us back to beginning. Before the label began, what was your relationship like with Pearson Sound and Pangaea?

I met Kevin McAuley (Pangaea) in 2004, during my first year as a student at Leeds University. We became friends after discovering a mutual interest in electronic music. He had a pair of turntables which took up most of the space in his room, so I used to go around and pester him in the hope that we’d end up mixing drum ‘n’ bass records together. We were housemates from 2005-7, and we started going to dubstep raves during that time.

I met David Kennedy (Pearson Sound aka Ramadanman) in the queue for FWD>>, a club night focused on dubstep and grime in London, at the now-defunct Plastic People. He mentioned that he was starting university at Leeds later that year, so we kept in touch.

The three of us ended up promoting a club night together with a bunch of friends, which was called Ruffage, and we started a weekly radio show with the same name on an internet station called SubFM. We’ve carried on doing regular radio ever since, and the Hessle Audio show now broadcasts every Thursday on RinseFM in London. 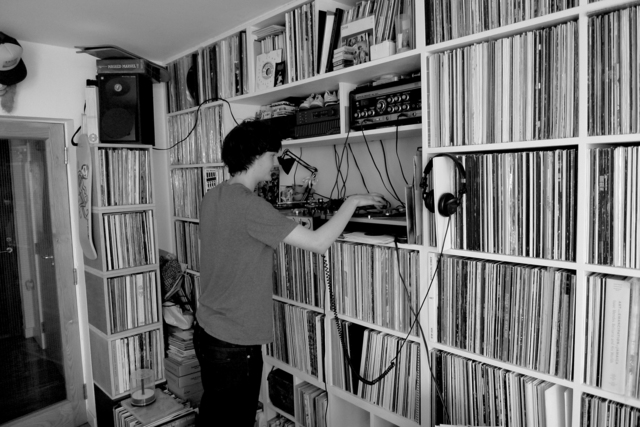 Why did the three of you decide to start Hessle Audio? What were your aims and ambitions?

I think the label was essentially born out of our radio show. Each week we’d play David and Kev’s productions alongside new releases and old UK records that we were digging for, in an attempt to try to make connections between all the music we enjoyed. Slowly we started to build up a regular listener-base, a lot of whom were producing music. They’d send us exclusive tracks, which were often influenced by the mix of styles that we’d play on the show. There wasn't an obvious outlet for any of this music, or for David and Kev’s music, so we decided to start the label.

It was actually David’s idea to begin with. It didn’t occur to me that it might be a possibility – it seemed to me then as though running a record label required a lot of prior knowledge and planning. In actuality, all we needed to do was write to a distributor detailing our plans. We were very lucky, in that the area of the UK scene which we fit into was experiencing rapid growth, and distributors were actively looking for new labels in order to expand their business. The increased demand for UK dance music at this time also gave us the freedom to release whatever music we liked, and the freedom to take risks.

Being that young and running a label alongside your production and DJ careers must have been demanding. What were some of the challenges you faced early on?

It wasn’t particularly demanding actually. As I said, our distributor took care of getting our records into the shops, and the A&R process was relatively straight-forward too as we all spent loads of time looking for new music anyway. The main challenge for me at the time, I suppose, was finishing university and then holding down a full-time job alongside running the record label and DJing. Eventually I was fired from my job for taking too much time off, and thankfully I’ve managed to make my living in music ever since.

The main challenge we faced collectively then, which we still face now, is finding music which satisfies the tastes of all three of us. That’s probably been beneficial in the long-run though, I think it’s encouraged us all to think creatively about what we want to achieve with the label.

In hindsight, would you have done anything differently?

Personally speaking, I wouldn’t change anything. We’ve always worked slowly, and taken our time making decisions about what music to release - perhaps we’ve missed opportunities because of that, but I think it’s one of the reasons our label has been quite consistent over the past eight years. We’ve never wanted to compete with other labels over artists, or run our label as a business venture - I think that’s one of the reasons Hessle Audio has a distinct identity, and why I’m still so proud of it.

Being DJs, do you guys frequently play out forthcoming Hessle Audio releases to test them out on the dancefloor? Just to see how the track works on its own merit without an artist, title or press release attached to it.

Yes, absolutely. That’s one of the reasons we take a while to release music – we release dancefloor music, so we always like to spend a bit of time with it on dancefloors first.

What were some of the key releases early on that really put the label on the map?

The run of records that we released from '004' to '006' were simultaneously by far the most successful records we had put out up ‘til that point, and the records which introduced our label to a broader cross-section of dance music listeners. We very much considered ourselves a dubstep label at that point, but Martyn’s remix of 'Broken Heart' by TRG, '005' by David, and '006' by Kev were all played by DJs across house and techno as well as DJs in what we thought of as ‘our own’ scene. That was surprising to us, and it still is actually.

It started out as dubstep-oriented label, but it's grown into so much more more now. Could you take us through the label’s evolution in direction and sound? Was it a conscious shift?

We slowly fell out of love with dubstep - as the music blew up globally and became the sound of huge electronic music festivals around the world, it started to feel like it had become a parody of itself. The parameters of the genre seemed to become fixed, so that there was no room for experimentation left. What initially attracted us to the genre was its openness, the fact that it felt as though it could encompass any sound or vibe as long as it was underpinned by sub-bass, and produced within a certain tempo range.

It’s hard to pinpoint exactly when, but at some point it felt as though this stopped being the case, and our focus shifted – we started to look for music that had that same spirit of openness and experimentation which we felt was present in early dubstep. I think that search is an on-going process - it’s become part of what defines us, and I think you can hear that in almost all of the music we release, whether it’s by Pev & Kowton, Objekt, Joe, Pangaea or anyone else.

So in that sense, the shift away from dubstep was a conscious one – but we never consciously decided to evolve in any specific direction. I think it would still be hard to define Hessle Audio as a techno label, despite the fact that a lot of the music we release could broadly be defined as ‘techno’. We always wanted to release music which we felt wouldn’t sit comfortably anywhere else, so releasing conventional house and techno would at this point feel strange to us, and I think to our listeners too.

Did the change in direction of the label go hand-in-hand with your own growth as a DJ? It feels like you have a more open approach, and you’re consequently freer to play with a wider palette of sounds over the last 3-4 years.

Yes, I think so. As we discussed earlier, we’re a dancefloor focused label, and we like to spend time playing out the tracks that we’re thinking about releasing. I guess it’s natural that, as time goes by and our listeners become more familiar with us our tastes, we should feel freer to play across the whole spectrum of what we enjoy listening to. I feel more free to play across tempos and styles than ever before, which is great.

How do you approach the marketing side of things for the label? Even in Europe, say going from London to Berlin, there’s already a marked difference in electronic music consumption. But now that you’re worldwide, do you approach markets in far flung places, like Southeast Asia for example, any differently?

We have a fairly hands off approach to marketing. It’s not something we spend much time thinking about, and we’re privileged enough to be able to have our voices heard without having to shout from the rooftops. 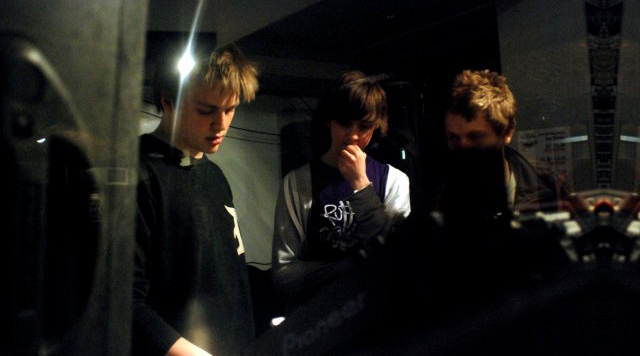 It’s still just the three of us running the label – we don’t employ anybody else – and we promote the music we release by giving it to DJs and using social media like everyone else. This obviously does reach an audience in Southeast Asia, as when I play here there are people in the audience who are as familiar with what I’m playing as the crowds in Berlin or London. For this reason I wouldn’t approach a show in Singapore or in Tokyo in a radically different way than I would a show in Europe.

We’ve greatly enjoyed the label’s output from 2015. But from the perspective of a label owner, how has 2015 been for Hessle Audio? What are your plans for the label in 2016?

Thanks very much! We enjoyed 2015, and I feel particularly proud of Pearson Sound’s debut LP which we released in the spring. We have a few singles planned for the beginning of 2016, and hopefully bigger projects to come later in the year.