Math-rock and by extension, post-rock have evolved for the past few decades or so. Despite their impact on rock music, both have been intensely criticized for being associated with hordes of bands that sound way too similar alike without bringing anything new to the table. For a band like And So I Watch You From Afar, they stand far apart from the pack and then some.

While keeping at bay the typical tropes of the genres, the band has spawned a discography that is equally intriguing and absolutely fun to listen to. They first exploded into the scene with their self-titled debut; a blistering set of tunes that showcased their balanced proficiency of heavy-as-balls riffs, technically-demanding compositions and alluring ambient soundscapes. While their second album Gangs was an exercise of a similar route, their latest All Hail Bright Futures has seen them bringing forth newer tropical sounds that inject a fresh, welcoming vibe into their music.

Putting aside their skills in the studio, this Irish quartet has been making big waves worldwide on the road. Their live shows have been known to be especially frenetic and brimming of energy, captivating fans as far as the US and China. We’re insanely happy that they’re finally making their way down here, thanks to Kitty Wu Records. With prog artisans sub:shaman as opening act, we expect nothing short of a thrilling show and there’s no way you can miss out. 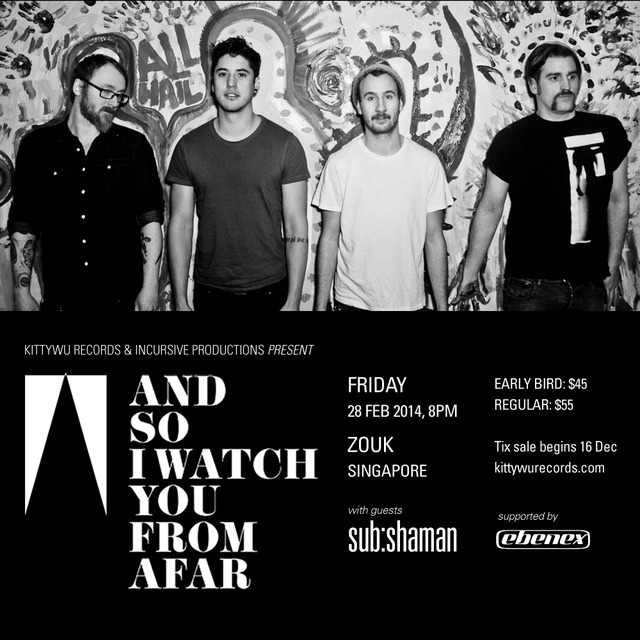