Words by Bandwagon
Promoted Video
See more Upclose
It is official now, shows are booked and posters have been made. The last stop of our Southeast Asian Post-Rock Tour may be Manila but it is a little closer to home than you know as we will be following our very own ANECHOIS! Courtesy of Green Apple Production, we are onboard this time as media partners and so with our legit responsibilities, we bring you some information on the mini tour. 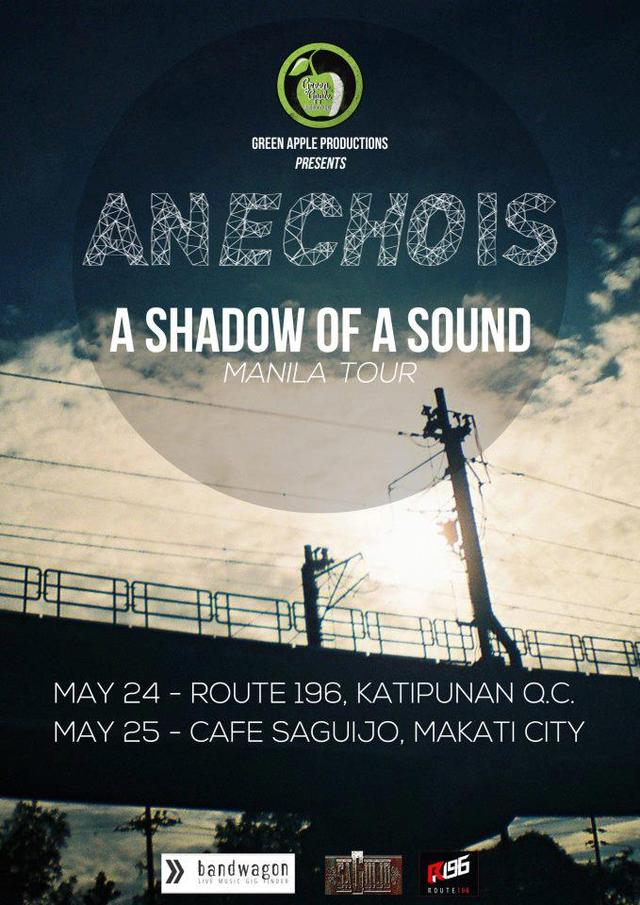 ANECHOIS will be playing at:

Route 196 is a hole-in-the-wall establishment and has been the venue for local bands to showcase their music in a more intimate setting. Like every other music venue in Manila, you can count on cheap cold beer and affordable eats for your gig experience. +10!

Almost every other band in Manila has played at Saguijo, and almost every local regular gig-goer has frequented this place. Though small and has a tendency to get pretty packed, it has become a sanctuary for music lovers who just want to sit back and enjoy good conversation over drinks but when the band starts playing, well, no one's really sitting down anymore.

ANECHOIS will be playing with:

A bunch of local bands. And these are only the confirmed ones! Forget mini tour, this is a proper mini festival on its own - with ANECHOIS as headliners of course. Here's some of the bands playing.

Immerse yourself in entangling atmospheres with post-rock band, Earthmover:

Continue your post-rock experience with Anton and the Salvadors:

And more post-rock with tide/edit:

For those who like a little rock edge, Between Archery And Olympic:

Stick around on Bandwagon for more news on ANECHOIS in Manila!