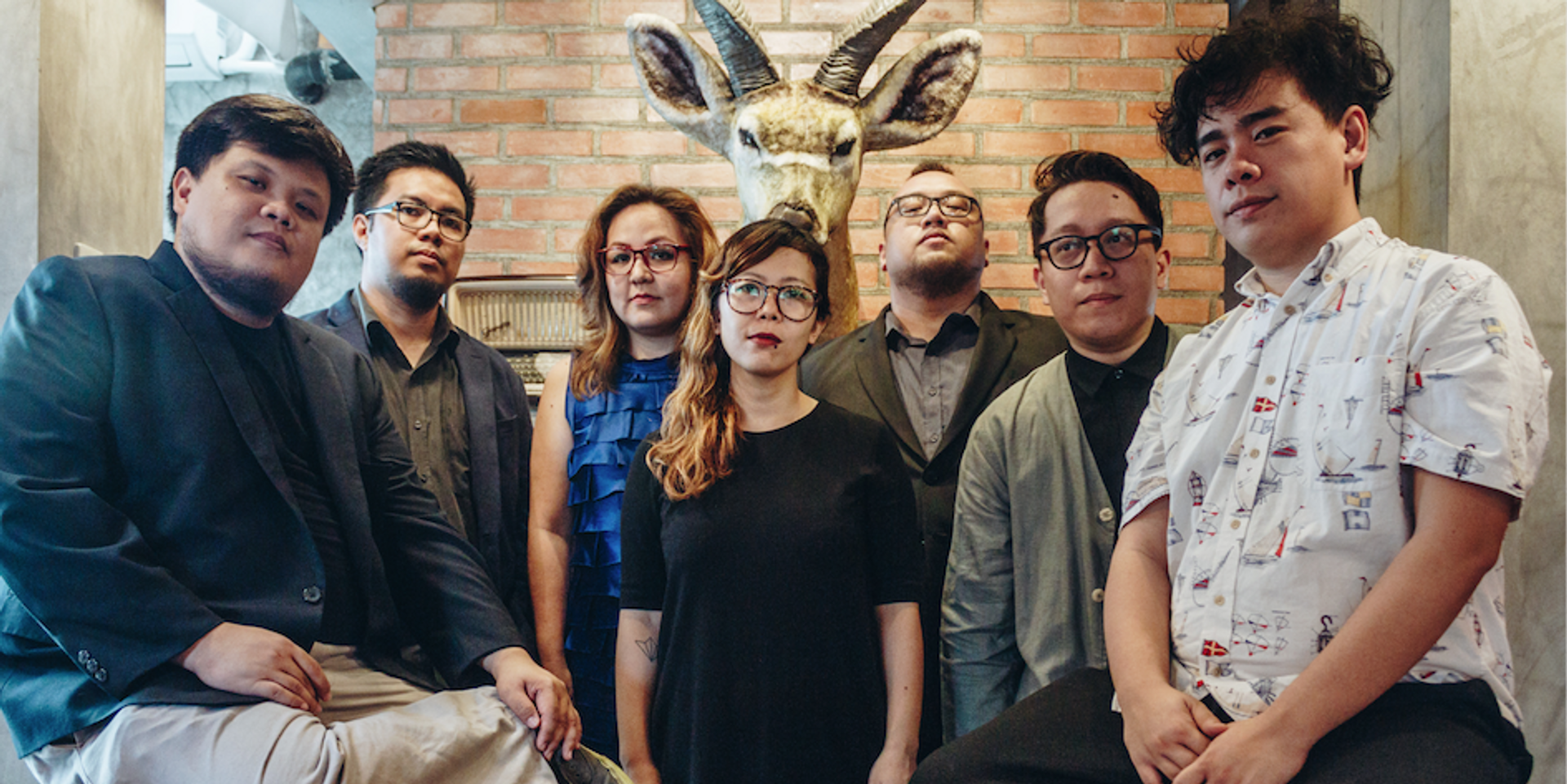 In a Facebook announcement, indie rock outfit Ang Bandang Shirley shared some good news with fans - they're going on their first-ever world tour!

The May Darating Na Pag-Ibig Ang Bandang Shirley World Tour kicks off tonight (7/22) at the Pazar Foodpark in Fairview, Quezon City. The band has also confirmed a Cebu show in late August. 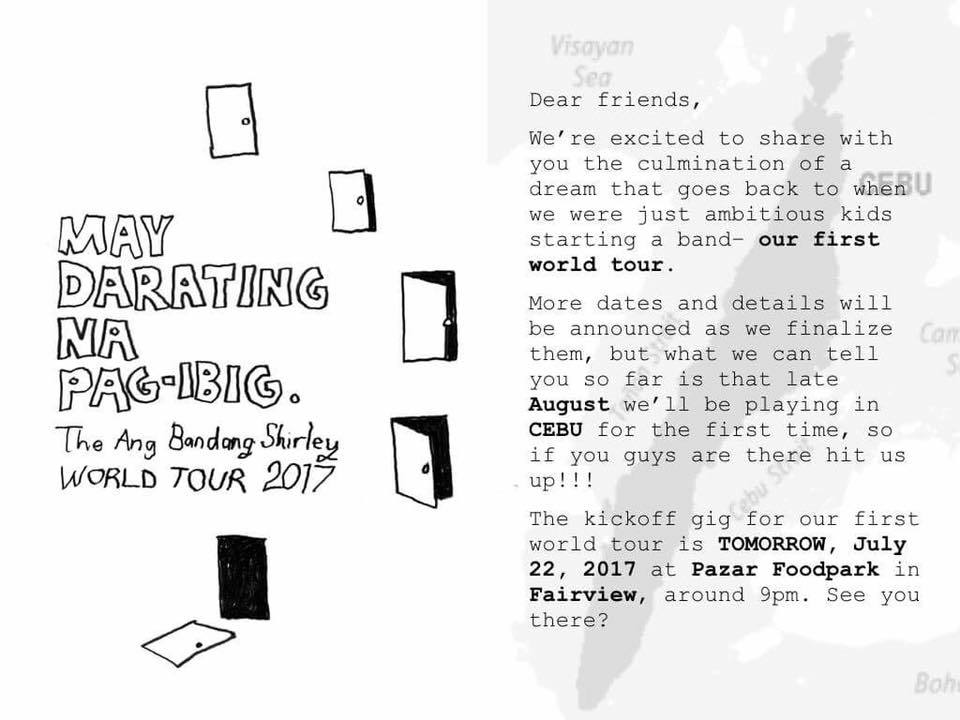 The band has revealed the next date and venue for their world tour: 6 PM, July 29 at the Air Asia Red Hot Party in Eastwood.

Listen to their latest album here: