For me, it’s the live electronic producers that seem more exciting to watch AND vibe to at the same time. They’re not much different from watching a band play, except this time instead of seeing drummers on drums, guitarists on guitars (and trianglists on triangles) you’re watching a one man controller with instruments that are electronic instead of electric. All the button pressing and knob turning are actually producing songs live on stage.

In an age where categorical lines are constantly being blurred and erased, modern electronic music has become more than simple black and white affairs. IDM, glitch, ambient, pop music - they’ve all been picked apart, mixed around and put back together again to become new indistinguishable yet familiar genres. The amount of influences that sprout and bloom in today’s progressive electronic scene flourish not so much in a jungle, but more of a woodland of lush beats and melodies. It’s a place of animal origins, where Gold Panda and Fauxe inhabit.

It was only natural then that Home Club played residence to the English producer’s debut in Singapore, for it was a fitting habitat for his DIY aesthetics. His show was the first of the (hopefully) many Before Sunrise shows to come, a joint concept between the good folks of Home Club and Symmetry entertainment. It really is a prime example of how gigs should be done; reasonably affordable and taking advantage of the opportunity to showcase similar-veined local talents. 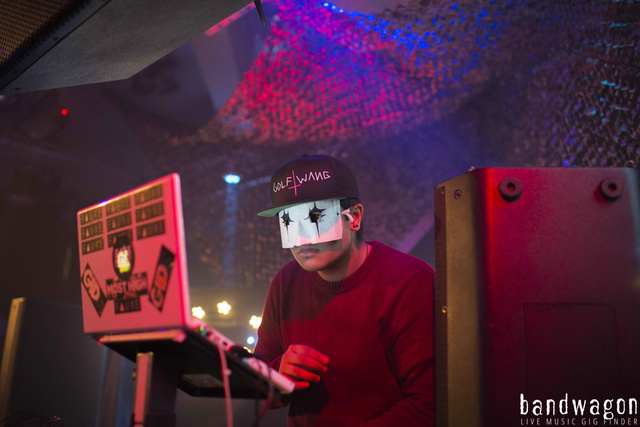 Local producer and enigmatic character Fauxe went up on stage (a beautifully dreamlike stage at that) first to slowly ease the audience into the electronic atmosphere. The unhurried pace of his play-style was a comforting initiation to the show; an ambient foliage of twisted vocal samples, hazy beats and shadowy synth/bass melodies. But it seemed that his tracks ran out of steam and dynamism after about 40 minutes, and the filling crowd was already restless. Fauxe was good, but apparently not ready for an hour-long showcase.

Gold Panda stepped up next on stage, blending in perfectly with the simple starry background and wasted no time getting the show going. Watching him set up the glitchy beats and rhythms, gradually  introducing tracks from his latest release Trust EP was a fascinating thing to behold; an exhibition of clever musicianship and intuitive layering of sound. The live version of his songs were more vivid, more colorful than his studio tracks with more ideas and beats constantly shifting and evolving in a dense forest of synthlines. 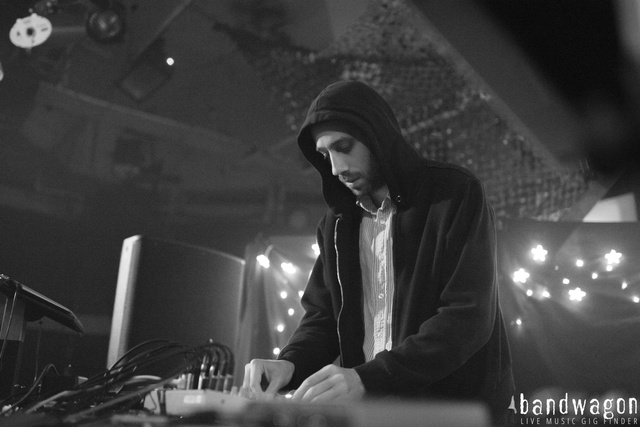 Here was a man at extreme ease with the multitude of electronic samplers and effect pedals on the table but not one for crowd interaction and showmanship. It’s a good thing too - he let the music speak for itself. He effortlessly captivated the senses of the  hungry audience through some eccentric sampling styles and contagious elation. We were all, like him, bobbing our heads to his music for the whole set.

Derwin got things swinging into more familiar territory in the latter half of the set with more songs from the endearing Lucky Shiner, before finally playing everyone’s favorite track 'You'.

Someone commented on the footage of Gold Panda performing at Home Club: “wow look at those people dance... not.” That much was true. People just weren’t letting themselves go crazy. But when the chopped up vocals of 'You' came in, the crowd just let their innate party wolf take over. From there on it was all highs, and it was a sweet ending with the odd yet catchy 'Quitters Raga'.

Much like the genres that are thrown in an attempt to brand his music - chillstep, chillwave, etc - he turned out to be a very laid-back dude offstage when we spoke to him outside Home Club, taking life as it is and being cool about things (even about the fact that his girlfriend was being terribly sick in their hotel room). Much like his music too, the event was no simple black and white affair - it just made our our week a little more golden. 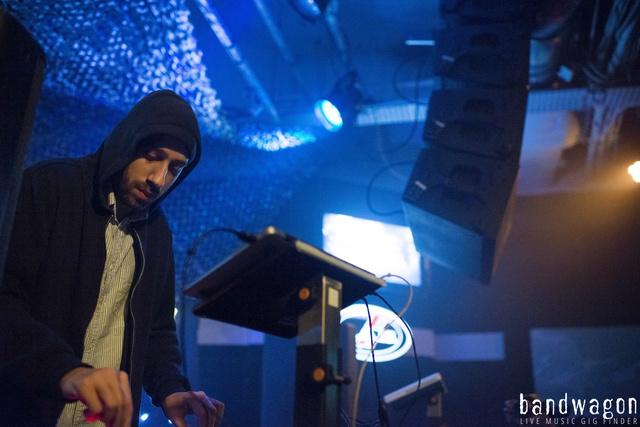