“I’m Superman with no cape on!” – AE$OP CA$H is back with the nukes. At midnight, the firebrand Singaporean rapper ripped the lid off his newest release, Win Win. The double-single package is a powerful reveal for two reasons: It shows a formidable talent double down on his gifts of dashing intensity and heat-seeking messaging and the progression of an uncompromising ethos, a school of thought and way of life that is proudly and boldly independent and self-made.

The rap song is a battleground and AE$OP approaches it with a destined-for-victory verve. His biggest hit ‘Plug Boy’ showed how majestically pummelling that could be when allied with impressive production. But he assures Bandwagon that Win Win is an elevation of his foundation. With Unknown Radicals’ beat mastermind Faiz Shamir helming its sounds, it’s the double-barrelled blast of his best work yet.

Read on below for our interview with him about why this is just the beginning.

Where are you at, musically, since your last release?

I’m more comfortable with my style and sound. I’m also more versatile now. People can expect more well-produced and well-executed music from me in the future. I’ve always had dope out-the-box ideas. You can hear it in songs such as ‘Hella Nice’, ‘Love, Rsvr’ and ‘Plug Boy’. But from this point on, I’ll be the upping the bar on execution, overall.

People can also expect newer sounds, too: Rock stuff, ballad stuff; I’m going to do it all.

Since your primary style is aggressive, what has it been like taking on the ballad mode?

Actually, it wasn’t a struggle. Musically, I’ve always prided my approach on diversity. My inspirations are Kanye West and Kid Cudi – I’ve never wanted to put myself in a box. I’ve always wanted to push boundaries and what I can do, not just in rap. I know I can rap and the aggressive stuff is easy for me. But I’ll be cheating my fans if I stayed the same. I want them to see the progression and growth. I’m always working and improving my craft. 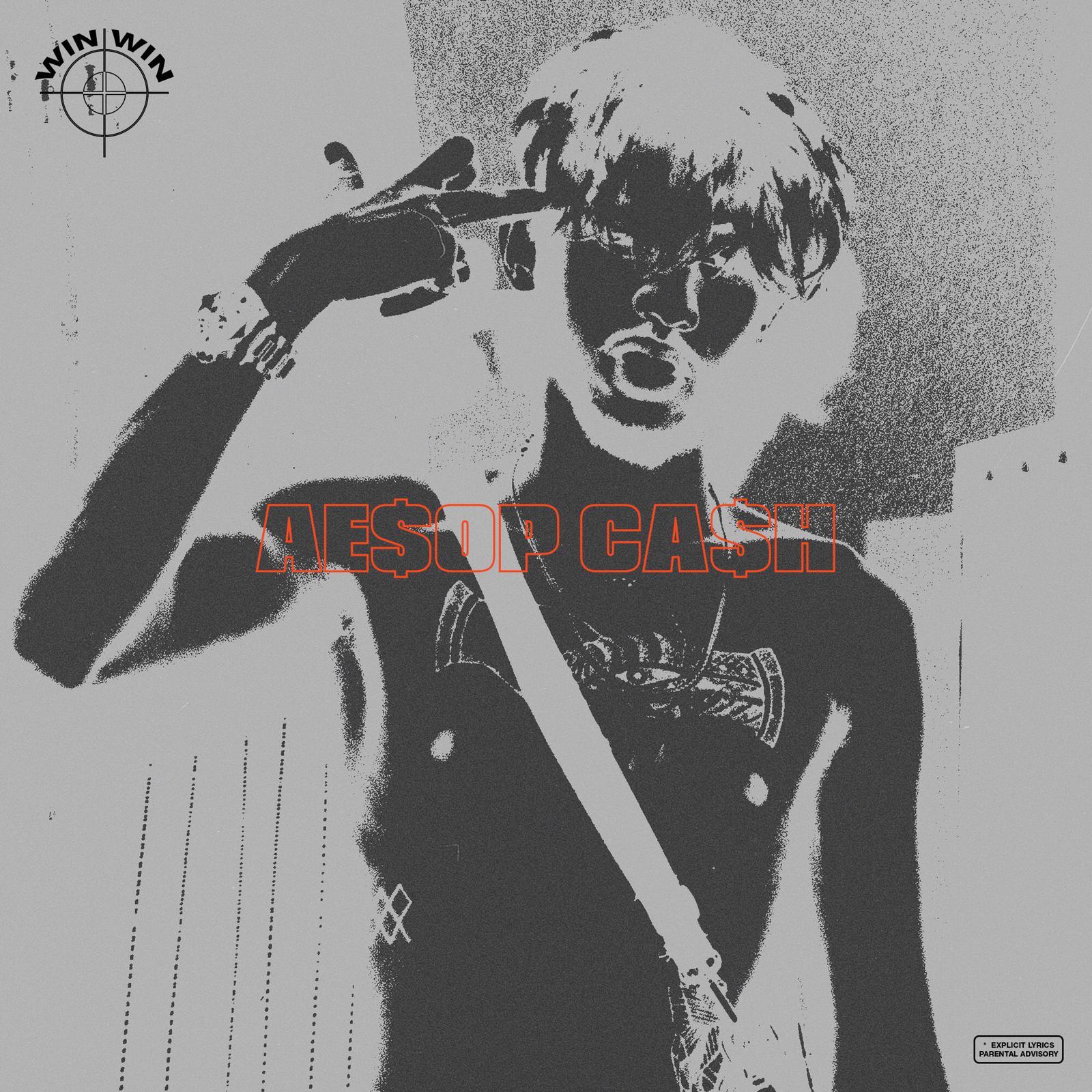 You mentioned ‘Plug Boy’, which has become your most renowned song. What does it mean to you now?

It’s funny because I never wanted to release it. It was a throwaway song in my phone. One day, I played it for the duo Lions Mobbin and those guys were hyped for me to release it. So I released it and people reacted well to it. Fauxe, whom I’ve so much respect for, liked it; MHC liked it; a lot of musicians in Singapore championed it. But this stuff is easy to me. I can make 10 ‘Plug Boy’s!  But I really appreciate the love. I’m happy with it but I know I have even better stuff coming out. It’s not even level 0. It’s negative. I can’t wait for people to hear what I have in store.

So where does Win Win stand in your body of work?

Oh, it’s the best thing I’ve done so far. Impact-wise, only time will tell. But in terms of songwriting, rapping and production, I’m confident enough to say that this is my best work.

In life, there are all these people who smile in your face but try to kill you behind the scenes; they try to stop your growth. At first, I was really vocal about it. But I’ve realised that hate comes from a place of insecurity in their own craft. So, I take it as a compliment to my work and talent that other people feel threatened by what I do. I’m not signed to any label; I’m not pushed or backed by anybody – I just make songs. Everything I’ve done, I’ve made by my own hand and blood. No label can say they did anything for me. If that threatens your position, then, that’s a huge compliment for me. And this is just the beginning.

‘No Hook’ is a stream of consciousness rap with literally no hook. What made you want to take that approach?

No hooks, no bridges, no outro – just straight rapping. There are some people who put me in the category of “new age” rapper. That confuses me because all my songs have meaning and substance. This song is to cement the fact that I can outdo them, out-rap them and out-skill them on anything. And in the context of the EP, this song is meant to be my take on the generational divide in hip-hop between the old and new schools. That’s why I have ‘Kilt’, that’s very new wave, and a song that’s straight rap. I can go in both lanes – it’s a win-win for me. I have no fear. 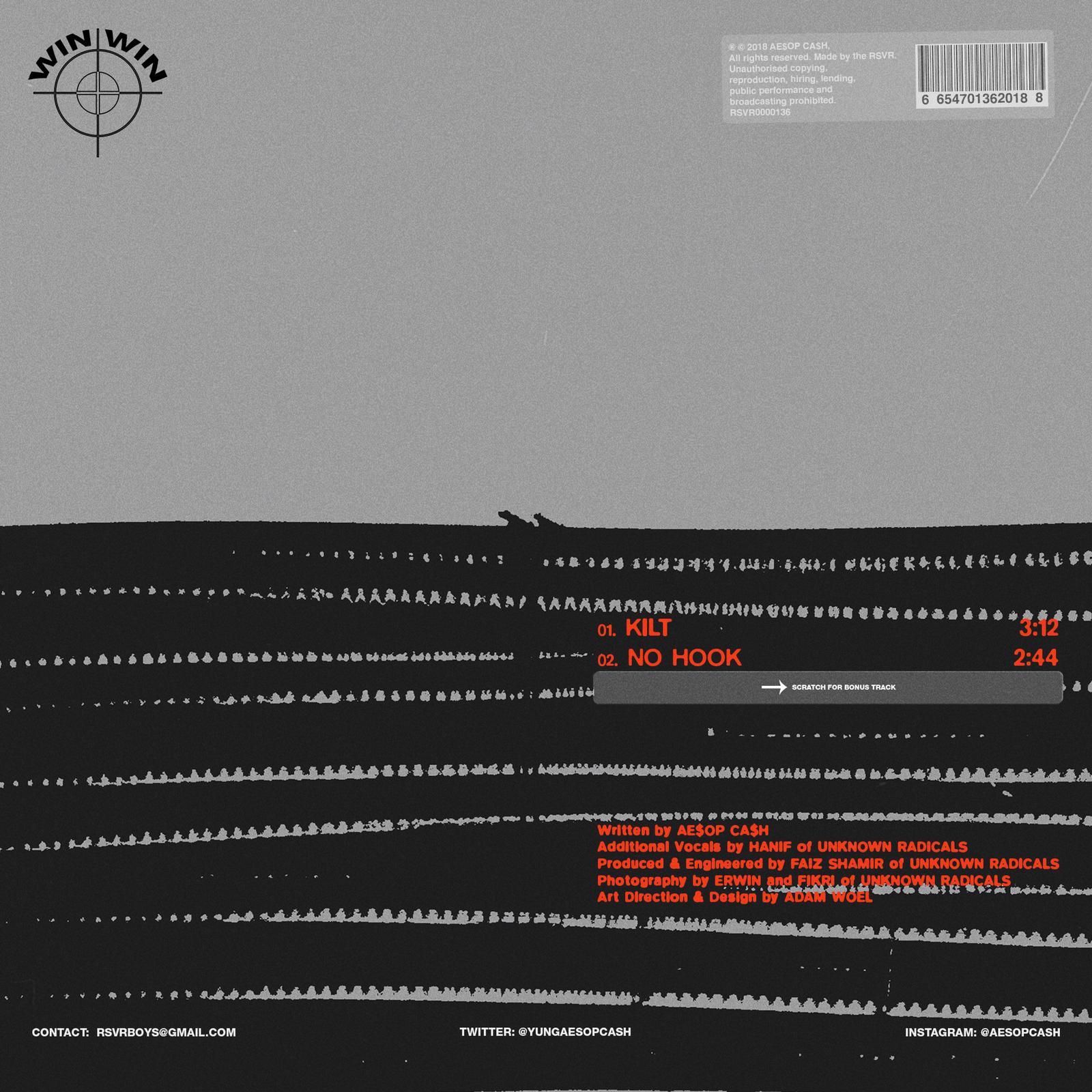 It’s known that you’ll be on season two of 16 Baris. How does it feel to be on the show?

Oh, it’s crazy. Let me tell you a story: When I was on SoundCloud, I took a shot in the dark and DMed Joe Flizzow my mixtape, Young Savage Life. I was sitting next to my friend and I told him that I’ll get a reply in a year. When it happened, I was fucking elated. I was exploding. I mean, that’s Joe. Who else in Southeast Asia has accomplished as much as him? The fact that he asked me to be on the show was a mad moment for me. Shouts out Joe Flizzow!

And lastly, as we head towards the end of the year, what’s got you excited about 2019?

I’m also excited about the fact that there’s never been a moment like this in Singapore. Most artists are doing good work. People like Yung Raja and Fariz Jabba are putting us on the map. slodown’s doing it in New York. I’m also excited about the growth of my peers, Unknown Radicals, and whoever else makes good music. Anyone supporting me is in for a good time. I’ve never disappointed – my work speaks for itself.