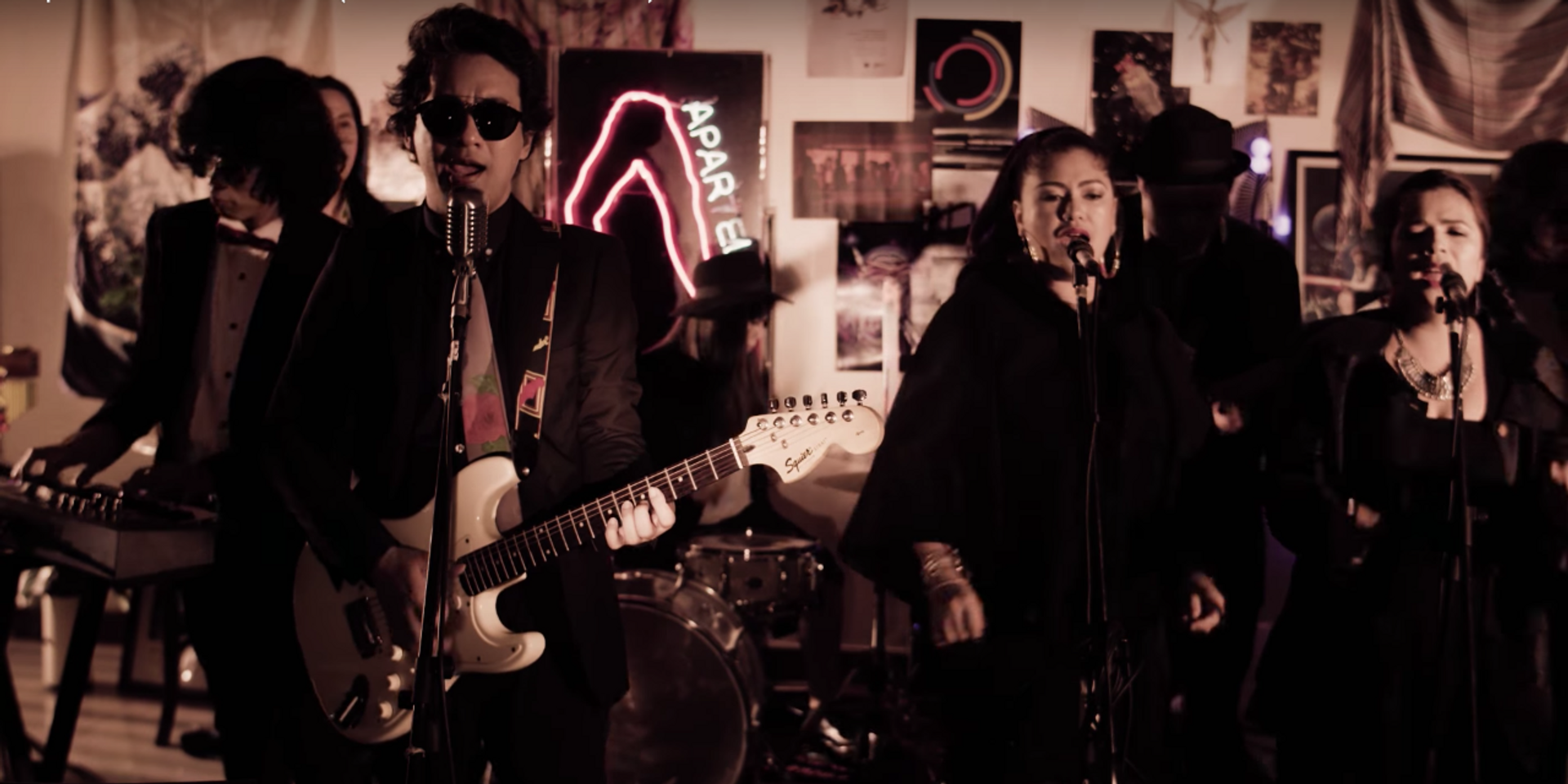 Ely Buendia-fronted soul band Apartel aren't strangers to well-concocted music videos. The band recently released one for their new single "Sala sa Init" off of their 2016 debut Inner Play, and Bandwagon caught up with the music video's directors, Apartel's drummer Pat Sarabia and Audry Dionisio, about the grim cult-inspired video.

Where did the concept for the video come from? Ely Buendia tweeted that it was inspired by giallo cinema and Japanese horror films, can you tell us a little bit more about that, especially about the mysterious cult and the voyeurism?

Pat: I've always been into cult movies, weird/sabaw movies and to be honest, depressing movies. They're the only kind of movies i watch on my own time, so in terms of video concepts, this was the first thing that came to mind! I really had no intentions of making it risque or anything, it was just the flow of the story and made it seem most interesting.
Audry: Around the time we were conceptualizing the video Pat, Ely, Gia [Palamos, the writer], and I were on a horror/thriller movie binge. So writing the story fell into that category. Also, "Sala Sa Init" sounded upbeat so we wanted to go the other direction, something different I suppose.

Is it the first time for both of you to direct a music video? Can you walk us through the process from concept to execution?

Pat: It's my first time to step into directing a music video, but it was all definitely a group effort. I don't really like the title [music director], I was learning more than directing to be honest, or a mix of both in the moment. The process from concept to execution was fueled by a lot of coffee.
Audry: Yeap, it's our first time. It was fairly simple. As soon as we decided on the direction we wanted the video to go, Pat and Gia came up with the shot list almost immediately. From there we formed the team, mostly friends. We wanted to sort of keep it in the family, and team up with people who "got us". It was an easy shoot, zero egos. It was mostly fun than work.

Members of Moonwlk and Wilderness also act in the film, how did that come about?

Pat: Well basically i play for both Wilderness and Moonwlk as well. They're my close friends and Miguel [Cortez from Wilderness] does some acting for some indie films, Gabbi [Buencamino from Moonwlk] has background in theatre, Nick [Lazaro from Moonwlk] and his wife Ricca were down to do the elevator scene. So basically that's it.
Audry: Moonwlk and Wilderness are friends of the band. They're also so much fun to work with so Pat and I were like, "why not?"

Vocalist and bassist Ely Buendia also tweeted some fun facts on the music video as well as the breakdown of its visual effects by Stereodeal's Adrian Arcega. Check them out below.

Funfact: if you look closely in one shot of the sala sa init video, you will see who the security guard character is a fan of.

Funfact: bikers were recruited on night of shoot. 1 was literally in full gear waiting at home for a chance to ride out when the call came.