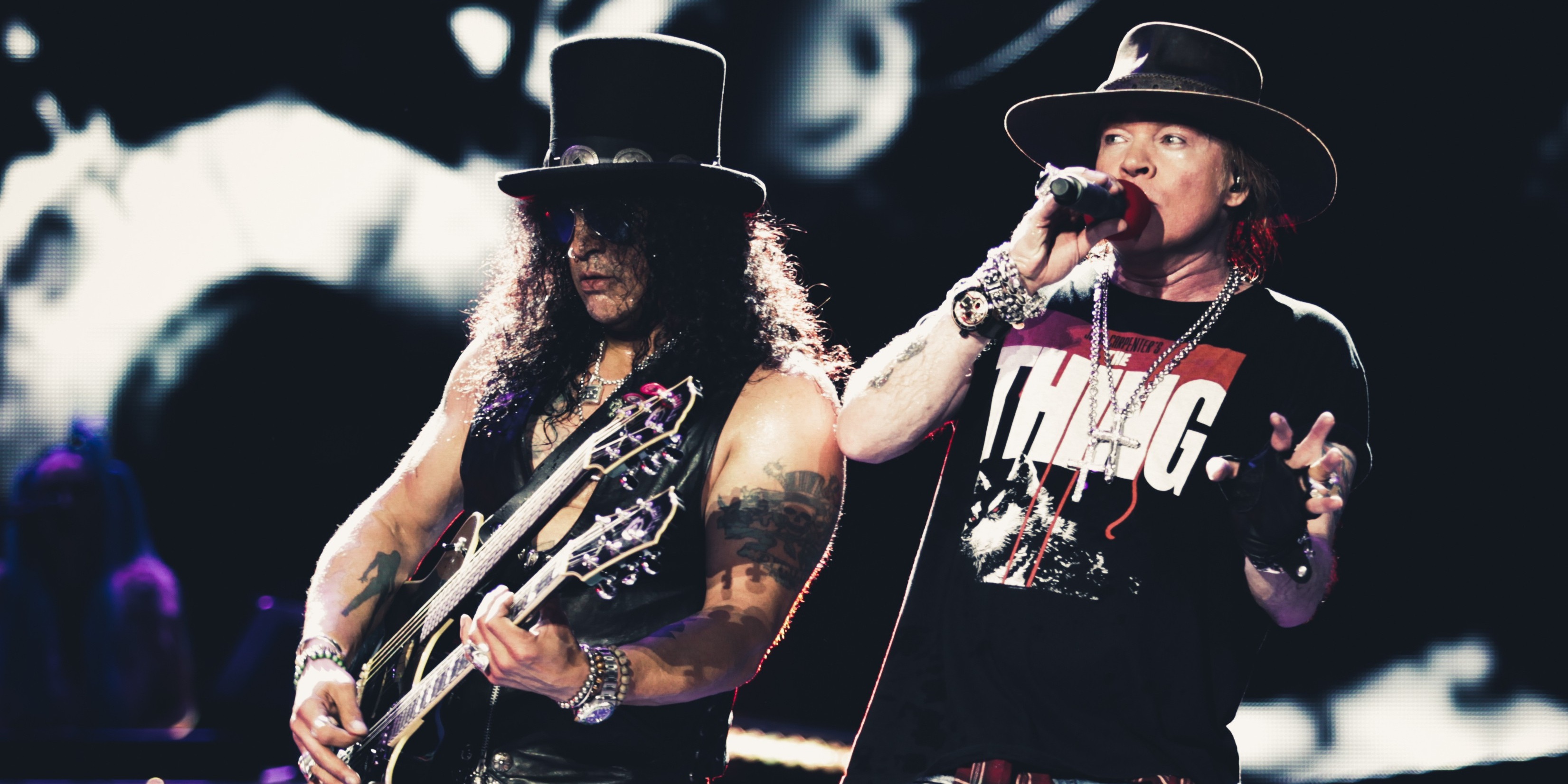 We've had rock royalty perform in Singapore before, but unsurprisingly Guns N' Roses have never been one of them.

Originally the irreverent, unpredictable hard rockers in the 90s, the group have recently reunited for a globe-spanning world tour that has seen them headline festivals and sell out arenas effortlessly.

Now entering their 50s, the band's core members, vocalist Axl Rose, guitarist Slash and bassist Duff McKagan are continuing their acclaimed tour into 2017, and it looks like the band will finally make a stop in Singapore.

A snapshot of what could be a magazine advert or a flyer was posted online, and it appears that OCBC will be running pre-sales for the show, which appears to be slated for February 25th, 2017 at Changi Exhibition Centre, which hosted heavy metal icons Metallica in 2013.

[EDIT: OCBC has stated that the "pre-sale dates and concert ticket prices displayed on the poster have not been confirmed."]

There's no word on the concert organizer behind the show, and neither is there confirmation from the band's social media accounts as of yet.

Check out the image below and hold out for more details as they come.

UPDATE: Channel NewsAsia has come forward with news that a Guns N' Roses show in Singapore is indeed confirmed for February 25th, quoting a source that tickets will be priced from SG$198 to SG$388.

At the same time, LAMC Productions — who are named as the concert organizer behind the show — released a teaser today for a "major announcement" at 8am on October 11th. 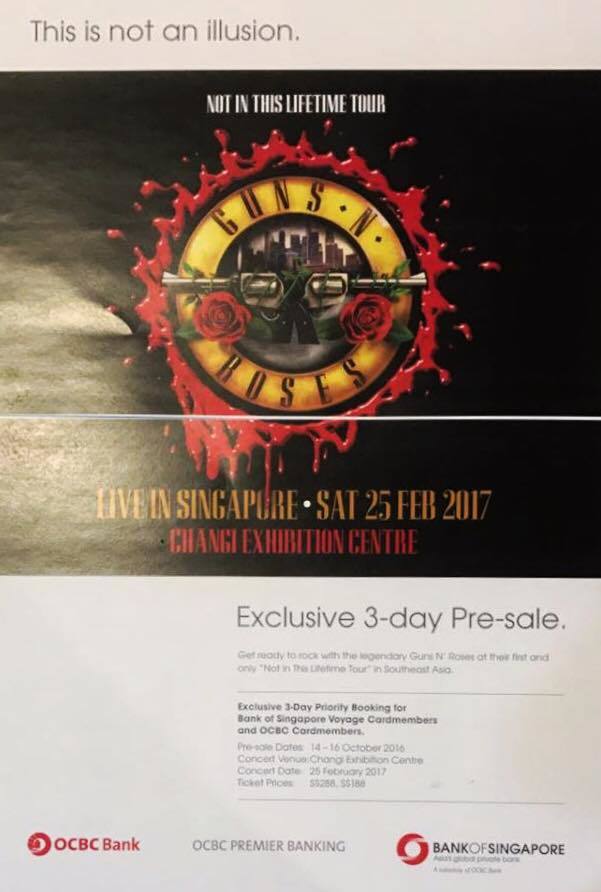