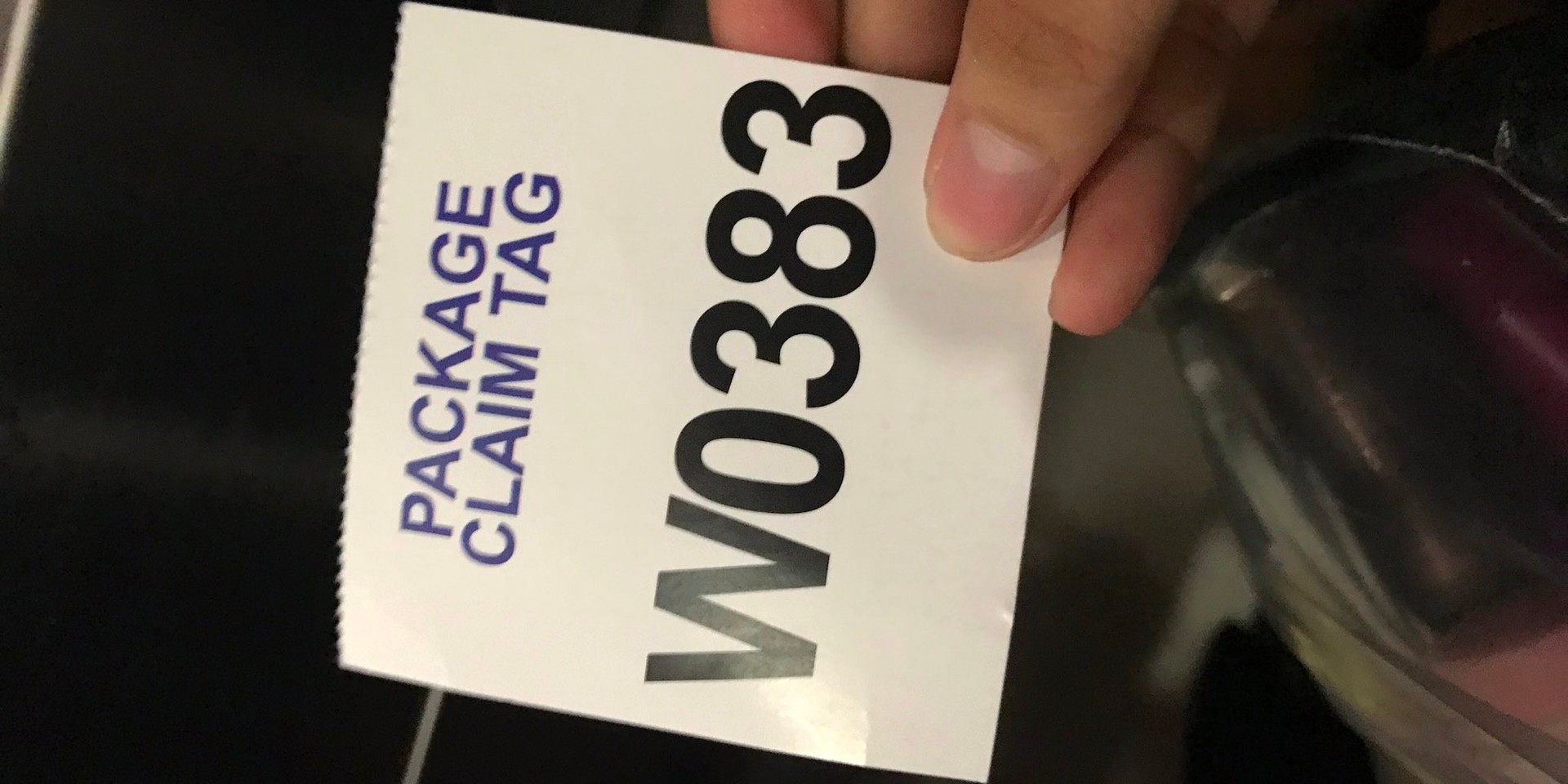 Fans trooped to the Mall of Asia Arena last night for the much-awaited return of pop star, Ariana Grande. The pop diva was reportedly sick during the show, but pulled through with a 23-strong set list of Ari anthems. 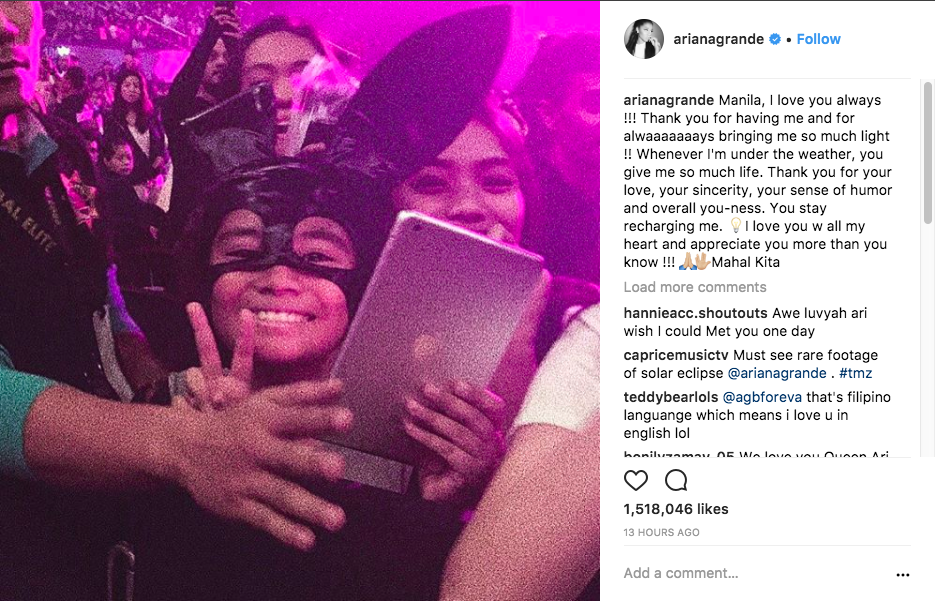 With the terror alert heightened, security measures were tightened with event guidelines and an extensive list of prohibited items released two days before the concert. The guidelines stated that only transparent bags and pouches will be allowed inside the venue.

On the day of the concert, a bag deposit area was provided for the hundreds of concertgoers who brought bags to the venue. After the concert, fans queued up to claim their bags and belongings, but based on the tweets posted during that time, it seemed like the retrieval of possessions took longer than the actual concert.

A video shared by singer-songwriter Reese Lansangan on twitter shows the agitation and frustration of patrons at the baggage claim area.

Concert-goer Hannah said that while she knew about the transparent bag policy, she brought a bag anyway because she didn't think that the baggage claim would be that, in her words, 'chaotic'.

"I waited for like an hour, but then I gave up because the line wasn't moving and I couldn't breathe. [And I] was already in the second row," Hannah shared. She asked a guard if she could just claim her things within the week because she had work and can only come back on the weekend. The guard assured her that she could, as long as she had her claim stub with her.

Dara, a patron who saw the concert from one of the corporate suites said that since there were fewer people at their entrance, the bag claiming wasn't as chaotic; however, she was still extremely disappointed with the way security handled their personal belongings. "It was also the way they handled the bags. It seemed like they were not prepared [for it]. They just placed the bags on top of one another. How will they give it back in an orderly manner?"

Another fan, Aria, queued up with her friend to claim her bag for two hours before deciding to call it a night and go home.

The actual baggage area wasn't really a baggage area, what they did was, they placed all the bags on the floor with the tags on them and a barrier around [it]. Some people had multiple bags under one tag and when they claimed it, only one bag came back.

As more people got frustrated, some got inside barrier and took their bags. More people started going inside the barrier and when they found their bags, the bouncers would let them leave through the entrance doors, our area, so there was more pushing involved." 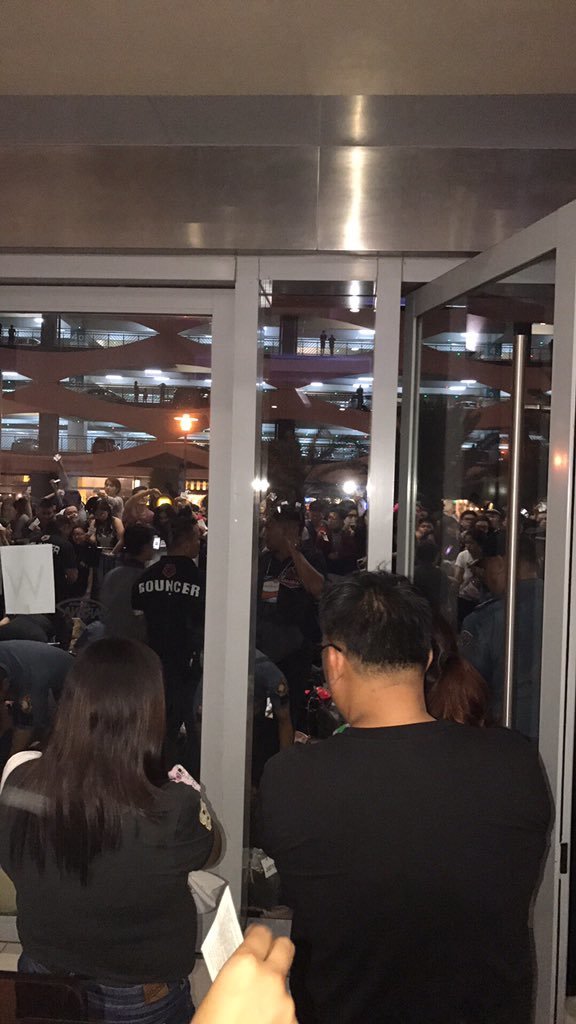 They approached an usher to ask if they could just come back for their things the next day, and they were told to just bring their claim stub. Aria and her friend will return to the venue later this afternoon to claim their things.

How to ruin a perfect night: pic.twitter.com/HzPY3k9BoV

Yya also tells us that she had to climb two railings just to get to the front and by the time she got there, everyone had poured into the bag area. "The police were even brought in. And when I got into the baggage area, I had to literally crawl under people's legs so I could get to the area where my bag was. Luckily, the kuya guard who was securing the area was nice enough to get it for me," she adds.

The concert finished at about 11,got my bag at 1 am 😑. If I didn't literally crawl under kuya guard's legs, I would still be @ MOA arena.

We have reached out to MMI Live and MOA Arena for a statement regarding last night's incident. Any updates regarding their response will be added here.

[UPDATE 22 AUGUST 14:03] The management of the Mall of Asia Arena has released an official statement regarding last night's incident. Read the full statement below: