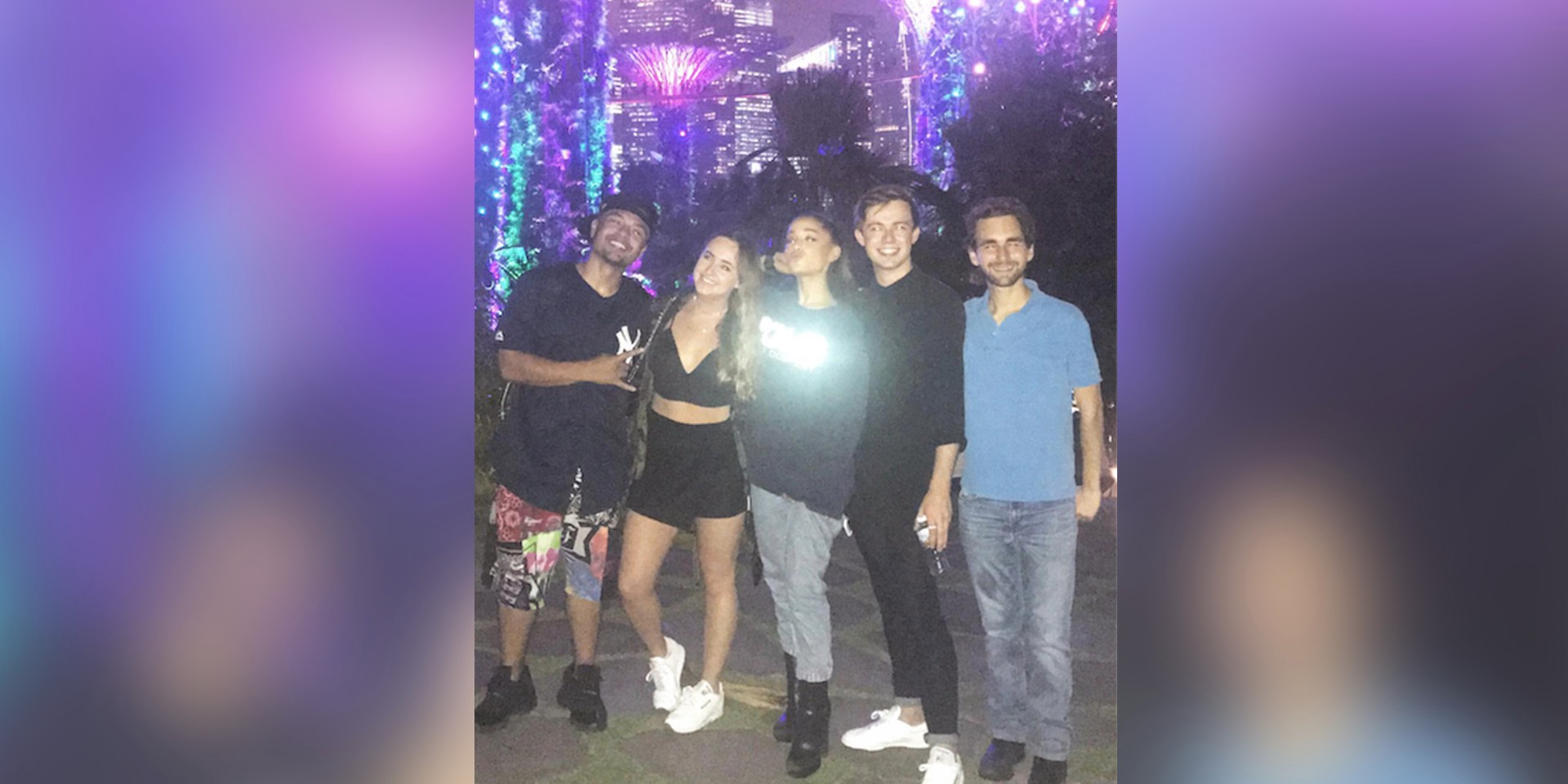 As the Singapore GP weekend draws near, some of the music acts performing all through the 15th to 17th have already descended onto our shores. Ariana Grande is one of them, and she's making the most of her stay in Singapore.

The pop singer spent some time at Gardens By The Bay last night (Sep 13) as she basked in the nightly light show Garden Rhapsody, where musical show tunes were played, and that really set Ariana and her Broadway-friendly posse alight — singing along to the Frankie Valli classic 'Can't Take My Eyes Off You' and remaining in awe of the Supertrees.

And, of course, her Singaporean fans took notice almost immediately — but none of them were actually there to catch the pop diva in action.

I saw her insta story at gardens by the bay. Boiii if i was there i would die. She was legit out in the open sia.

@ArianaGrande was walking around gardens by the bay and no one saw her??? what is wrong with you people?!

Ariana Grande will be performing in Singapore on September 16th at The Padang for the Singapore Grand Prix. More info here.