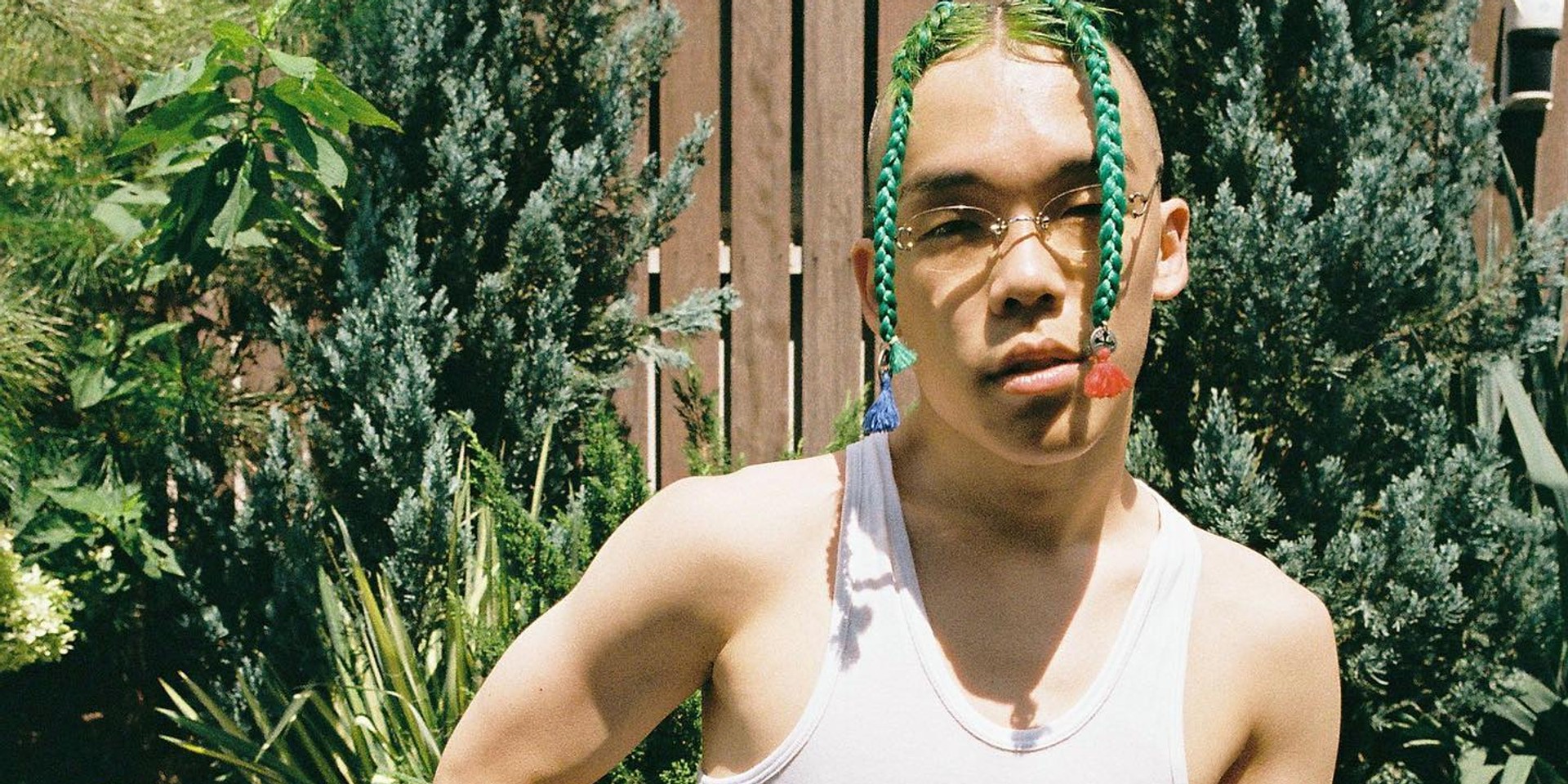 Unpredictable, compelling, and chaotic in the best possible way, Omega Sapien is an artist who’s hard to miss.

Known for being the frontman of the alternative K-pop collective Balming Tiger, the Korean act makes music that you rarely ever come across – it takes you by surprise and welcomes you to an unexpected hybrid of K-pop, hip-hop, rap, and so much more.

Blending together an array of sounds and genres, Omega Sapien’s music crosses boundaries and rattles the box, while simultaneously giving audiences an honest, vivid insight into his life and personal experiences. 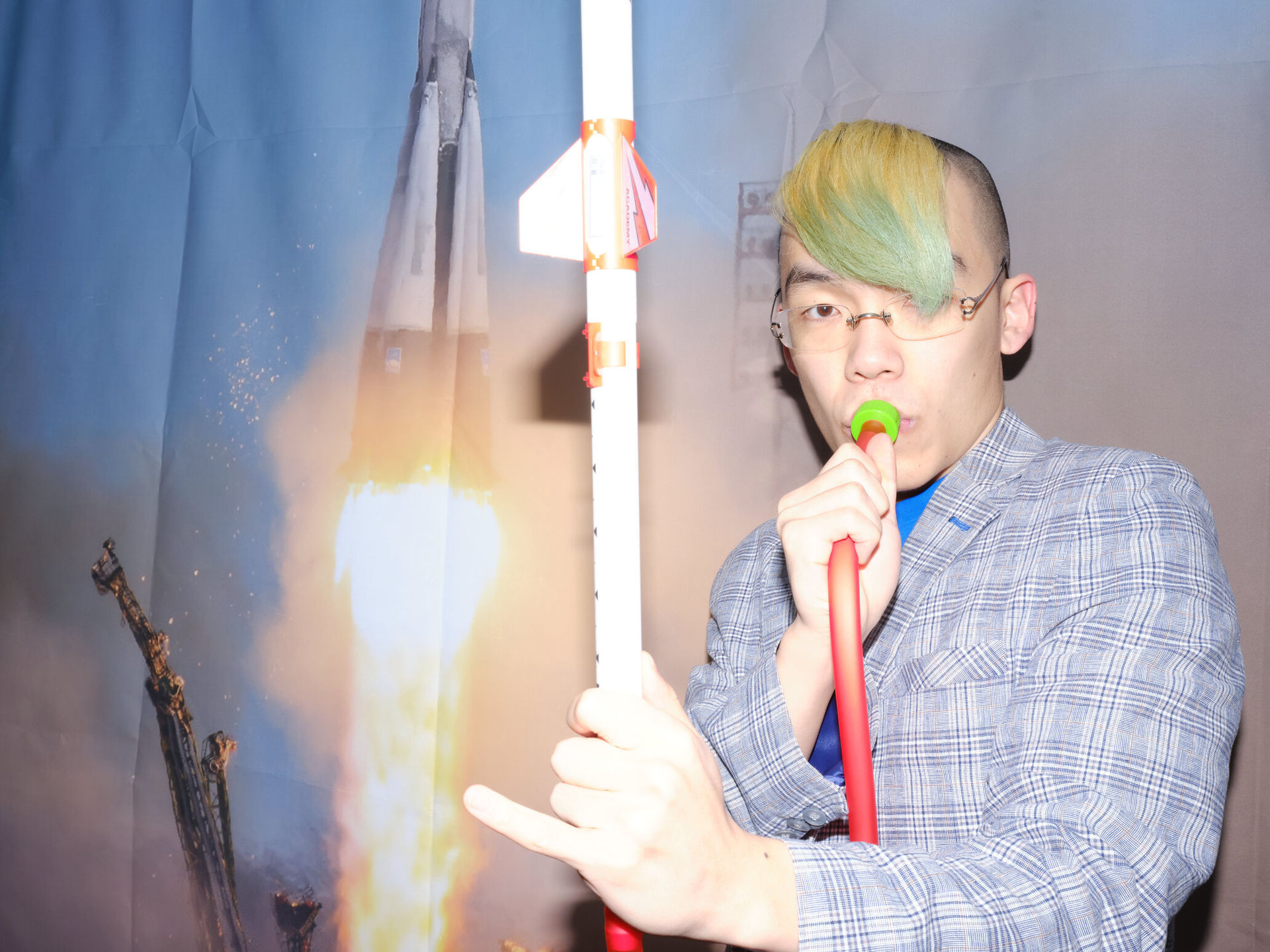 Having lived in multiple cities across the world, from China to the US, Omega Sapien has collected enough adventures to last a lifetime. Taking inspiration and influence from his third culture upbringing, the versatile artist has created a style of music that’s distinctly himself and yet appeals to people from all over the world.

“I don’t believe in inspiration coming out of a vacuum. Everyone processes their own unique style with different experiences they had, and living in various cultures really helped me to shape something that is totally unique,” Omega Sapien tells Bandwagon.

Omega Sapien was born in Seoul, Korea before moving between China, Japan, and the US. Constantly moving and meeting new people, the young act found stability in music.

“I had a pretty rough time spending time in a foreign country when I was very young. Adjusting to a whole new culture was a big challenge for me and my inner anger was just building up inside me. I found hip-hop music which successfully allowed me to dissolve all those emotions,” he says.

Finding true love and purpose in music at a young age, Omega Sapien knew that this was his life calling. Wanting to forge his own path, he decided to pursue music full time against all odds.

"I decided to pursue a full time [music] career when I was in high school, thinking that living under the system is not a good suit. Academics are very important in Asian culture, thus it was quite nerve-wracking for me to leave high school and bet my 20s into an unknown world. However, my logic is that if there is a workplace where my diploma decides my efficiency as a worker, I won’t be a good fit anyways,” he shares.

While still in school, the ‘Rich & Clear’ act pursued music the best that he could, releasing tracks that showcased his heart and story. It wasn’t, however, until he joined Balming Tiger in 2017 when his career took off.

“I stumbled upon Balming Tiger's mixtape on YouTube and it flipped my world. It was in Korean but it was the best shit I’ve heard in a while. I naturally contacted them via Instagram and it all came together,” he says.

Known for their eccentric and out-of-the-box concepts, the artist collective has made a name for themselves for showcasing a new side of Korean music. Far from the intensively curated musicality we see from K-pop, Balming Tiger boasts an alternative sound that’s messy, eclectic, and wonderfully erratic.

“It is always super exciting to do creative work with them because there are many different types of musicians in the team. It is easy to fall into a pit of self-replication, but because of the refreshing energy of different artists in the team allows me to discover new stuff all the time,” says Omega Sapien.

Having grown up an outsider and a misfit all his life, Omega Sapien has finally found his place in the world, doing what he loves with people he loves.

“It is always so amazing to perform with Balming Tiger because they are my best friends as well. Doing the stuff that I love doing the most with my friends and making money is an unbeatable feeling,” he shares.

Omega Sapien released his debut solo album, Garlic last year. Much like the versatility of the ingredient, the artist offers a wide range of music, imagery, and stories in his first record. Taking inspiration from his own life and ideologies, the 7-track album tackles everything from structural hierarchy to finding his identity.

“It is my first album and I tried to use this album as my name card. It is just about me, me & me,” he says.

“As cliché as it sounds, being myself is my most important core philosophy. I truly believe everyone is a unique individual with their own very intriguing story.”

Sonically, Garlic is a lot, and it’s meant to be. Made in collaboration with some of his fellow Balming Tiger members like Unsinkable, Jan‘Qui, and San Yawn, the album is unlike anything you would expect from a K-pop act or even a rapper. It has hip-hop, electronic music and even tinges of rock, all layered together to make melodies and rhythm that’s often hard to keep track of.

Omega Sapien has a lot of, in his words, “good ass muzik” planned for the year. All starting with his collaborative track with Korean rapper Lil Cherry. Titled ‘CHROMEHEARTSRING’, the electronic R&B track playfully showcases the two acts’ distinctive personalities and musicality.

“I made that song a year ago with a very talented producer 106 MIDO. Lil Cherry is one of the artists that I admire in Korean scene because of her style. She does a great job keeping everything to herself and having a unique presence. I ve never talked to her before but from this project we became good friends,” Omega Sapien shares.

The track comes as one of the many collaborations Omega Sapien has for the year, including an EP with ‘Harlem Shake’ act Baauer slated for release this June.

“I love collaborating with different people because I feel like it helps me grow and develop as an artist. Being a third culture kid I know the importance of having a variety of experiences so I think it carried on to my music career,” he shares.