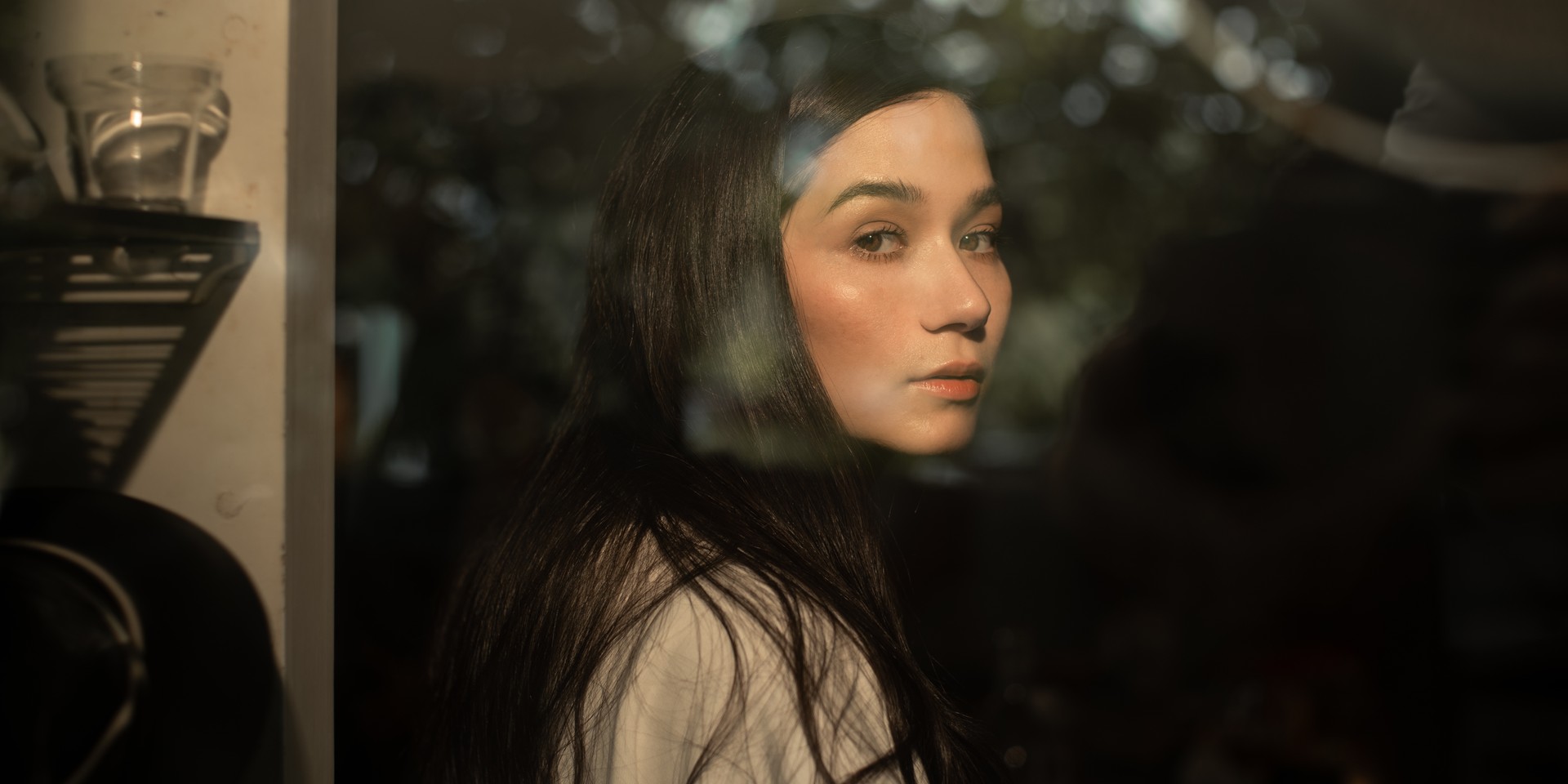 A singer, an actress, a film major - Violette Wautier is no stranger to the spotlight.

The Thai-Belgian singer is a born storyteller, having watched Disney films as a child and subsequently Luc Besson's The Fifth Element at the age of seven. When she was 14, she authored a fiction novel and then went on to do film studies at Bangkok's Chulalongkorn University. Now, at 26, she tells her stories through the songs she writes.

Wautier's first foray into songwriting was in high school, where she was inspired by how Taylor Swift tells her love stories through her songs. Apart from singing for school performances, the feeling of performing live in front of a huge crowd was unknown to her, until she took a leap of faith and joined the television series singing competition The Voice Thailand in 2013.

"I doubted myself if my singing was good or not, and then I thought that joining the Voice, I could prove myself," Wautier said.

Wautier's rendition of John Denver's 'Leaving on a Jet Plane' during her audition sent Season Two judge Joey Boy pressing the button as early as 20 seconds into her performance. The nostalgic audition clip of her sophomore year self currently has over 47 million views on Youtube.

"It was crazy. The behind-the-scenes of television or [the] entertainment business seemed super far away from me, and to see how the production works and meeting the judges, they're like the Thai artists and I was like wow. There's a lot of talented people here and it was a really really amazing experience for me."

Being featured on The Voice Thailand opened many doors to the entertainment industry for Wautier, as she embarked on her acting career in film and television shortly after. She played the lead role in the Thai adaption of Taiwanese drama series Endless Love as well as clinched the Suphannahong Award for Best Supporting Actress in romance films Heart Attack and A Gift.

After Wautier decided to pursue her dreams as a full-time artist, her debut single 'Smoke' in 2018 was an instant chart-topper, announcing her arrival in Asia's music scene. Apart from 'Smoke' being the most-streamed English-language song in Thailand, the single found its place as no. 1 on Apple Music charts in eight countries including Singapore and Malaysia upon its release.

The song encapsulated Wautier's experience of going out to smoke just for someone she liked, even though she didn't partake in the activity. "I wrote this song from a movie approach, like in my head I can see the ambiance, the people, and how the story would go and I would describe it as a scene," said Wautier, who takes her storytelling approach from the visual imagery of films.

Although Wautier speaks Thai and French at home, she shared that English had always been the language she felt the most comfortable to express herself in, which is why she decided to release music in English. She grew up listening to English music, with Taylor Swift, Lana Del Rey, and Lauv, inspiring her songwriting in different ways.

Following the success of 'Smoke', Wautier released her 'Brassac' and 'I'd Do it Again', which will both be featured in her first album Glitter and Smoke.

While 'I'd Do It Again' reminded her fans of a couple's toxic relationship, Wautier's perspective of the song begs to differ. "'I'd Do It Again' is about different people that weren't meant to be together, and in the good part it's so beautiful that it's worth having, but for the bad part you learn about yourself and you go through it and you grow through it," Wautier said.

"To look back and if you think you'd go through it again, it's okay, because it's worth having all of those memories."

Looking back on her musical journey, Wautier would definitely do it all over again. Although she is fixated on pursuing music full-time at the moment, she misses her time as a film student writing scripts. "If I weren't making music, I'll probably be a scriptwriter or a producer," she said.

Music has always been just a hobby to me. I dreamed of becoming an artist, but it seemed like a dream. I wasn't exactly expecting this to happen, but when it happened, I'm glad that it did.

Check out our full interview with Violette Wautier on Youtube:

Let Wautier's first album Glitter and Smoke take you on top of the world: