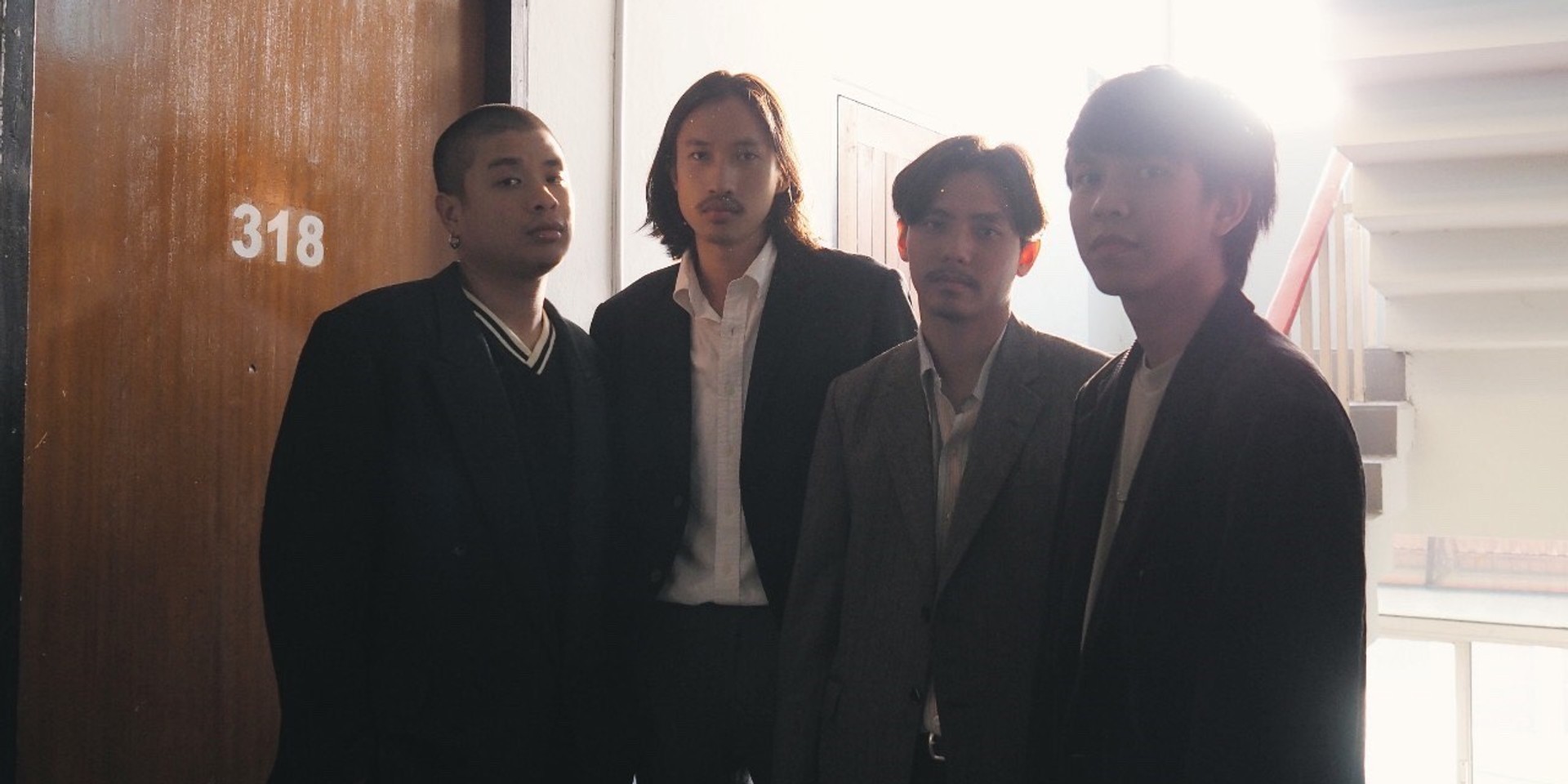 You mix together good friends, a genuine love for music and some “cheesy lyrics” and you get a loveable band like H 3 F.

Known for their groovy melodies that sound like how the sky looks at sunset, the Thai quartet has been making waves all over the country with their pleasant mix of jazz, pop, blues, and soul.

H 3 F, originally was known as Happy Three Friends, was a cover band that comprises of Gong (guitar, vocals), Max (drums), and Mhom (bass). In 2018, the trio started making their own music and released their first-ever EP. Later that year, they started anew as ‘H 3 F’ with the addition of a new member, Ping (guitar).

“The band name was changed to ‘H 3 F’ because we could not come up with a better idea (laughs) and Mhom suggested the band to shrink the name instead,” the band tells Bandwagon.

Taking inspiration from the pieces and fragments that make up their everyday lives, H 3 F hope to relay a sense of familiarity and comfort through their music.

“We would love to share a piece of our feelings or memories that we have experienced and just hope it might relate and share the same energy. Whether it's a love song or a life lesson song, we just love communicating anything that we feel is worth sharing through music,” says H 3 F.

"Our motivation [to keep going] is learning new things along the way. It never stops to amaze us how many times we could discover new ways to express ourselves through music. That’s why we enjoy making music in the first place and that's still the main motivation for us."

H 3 F dropped their debut EP, Cheesy Lyrics, Sloppy Groove in 2018. And much to the band’s surprise and delight, the record instantly went viral all around Thailand, topping some of the country’s major music charts.

The EP featured four tracks, all of which vary in style and sound. Showcasing the band’s musical diversity and unique artistry, the record easily solidified them as one of Thailand’s most promising acts.

That same year, after bringing on Ping, the band released their debut album, Family Product – a record they describe to be a “one messy rollercoaster, in a good way”. One of the songs that made it onto the 10-track record is their most popular song yet, ‘How Can I’.

“It’s a sad song but it’s a sadness with enough understanding to it, which don’t go together in the same way. And, normally you would expect a sad song to be slow not up beat; but we wanted listeners to feel the sarcasm in that sadness, which is also why we jam to it in a more upbeat way,” share H 3 F.

“It’s one of those songs where you finish writing it in one sitting. It’s just very honest and simple in our opinion, that might be why it speaks out to most of the people.”

In addition to ‘How Can I’, Family Product features nine other tracks that take from the members’ personal love stories and heartaches.

The album’s name describes exactly how it was put together. Over the course of four months, the band gathered some of their closest friends to help produce and create Family Product – everything from the studio they recorded at to the album artwork.

“Every aspect of making this album was with a bunch of people who love each other so much and share the same passion, that’s why we decided to call it ‘Family Product’. We learned a lot from our mistakes making this first album, it really was a beautiful mess for us – every sleepless night spent on making that album will be one of the best times of our lives,” says the band.

Family Product is a testament to everything that H 3 F loves and stands for – friendship, music, and chill vibes.

“The best part of being in H 3 F is being able to be around the people you love and to be able to make music. Nothing could ever top that.”

H 3 F has undoubtedly had a successful start to their musical careers but they're far from done. Gunning for their dream to do a world tour, the band has a lot more in store for their fans across the world – starting with a brand new pandemic-inspired album dropping later this year.

"We want to do a world tour and keep learning about the whole process along the way. Being able to make music [and share it with] as many people as we can without compromising what makes us artists and making it as a legitimate job would be the ultimate dream come true for us."