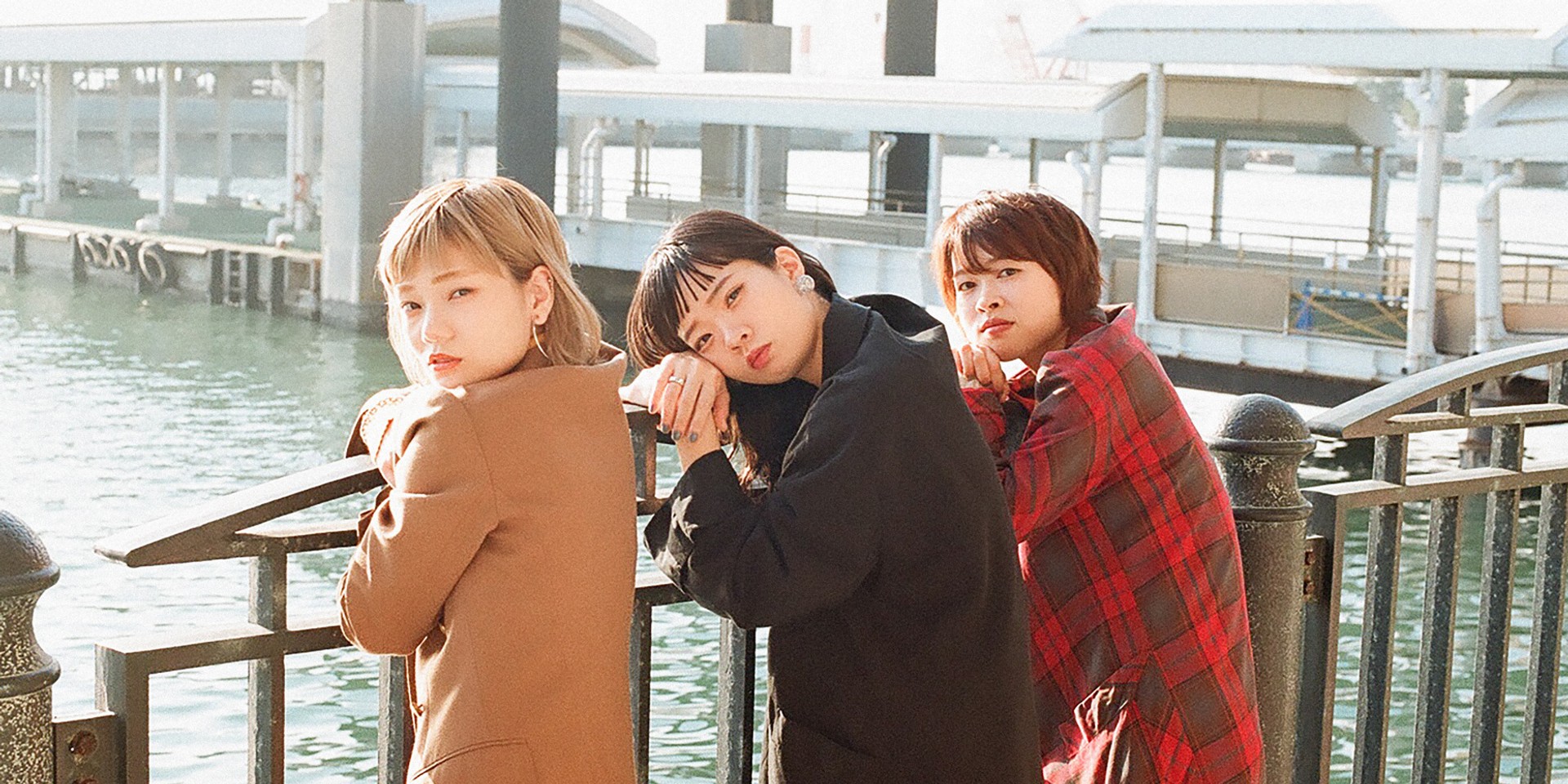 SHISHAMO brings to mind the aroma of the freshly grilled saltwater fish dish that is popular in Japanese Izakayas. For Asako Miyazaki, Aya Matsuoka, Misaki Yoshikawa, and their fans, the word brings to mind a Japanese rock band who strives to capture stories of their fleeting youth through their energetic songs powered by their exuberant cymbal crashes, mellow bass, and groovy electric guitar riffs.

Guitarist and vocalist Miyazaki first crossed paths with drummer Yoshikawa when they were in a Light Music club in their first year of high school at Kawasaki City High School for Science and Technology. They were later joined by Matsuoka on the bass. Miyazaki, who is also the songwriter of SHISHAMO, shared that she grew up in a family of musicians. 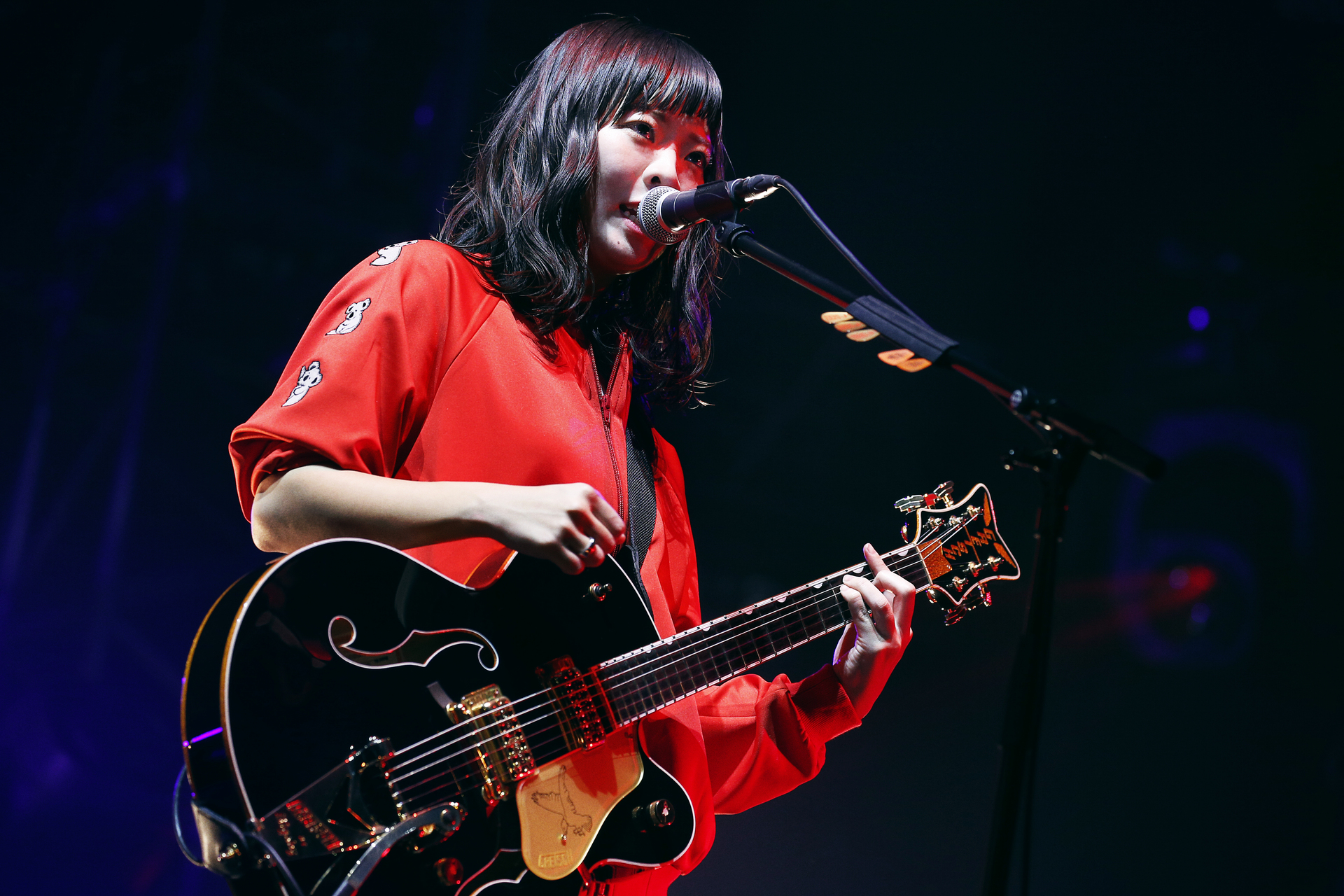 "In my family, my father was a jazz bassist and my older sister was able to play the piano, and so I had a lot of opportunities to come into contact with music ever since I can remember, and naturally I came to like it. When I entered the high school, I began to play the guitar and joined the high school music club."

With their humble beginnings in a cover band, Miyazaki shared that they did not plan to do music professionally, until they began to enjoy writing originals after making music together for a year. These very songs were compiled in a CD titled Graduation Project, which was subsequently released in 2013. With track titles such as 'The Homework Doesn't End', 'Pastry Making', 'The Reason I Confessed To You', and more, the innocence of their teenage youth were captured in the album.

Within less than a month since their official debut of the album SHISHAMO in November 2013, SHISHAMO played to a sold-out audience in their first one-man live, held at one of Shibuya's major concert venues, the WWW. The band continued to hold nation-wide tours yearly, performing in up to 19 cities in a year in their solo concerts. Over the years, they have become a regular fixture at SWEET LOVE SHOWER music festival since 2014, as well as Japan's Summer Sonic festival in 2015. 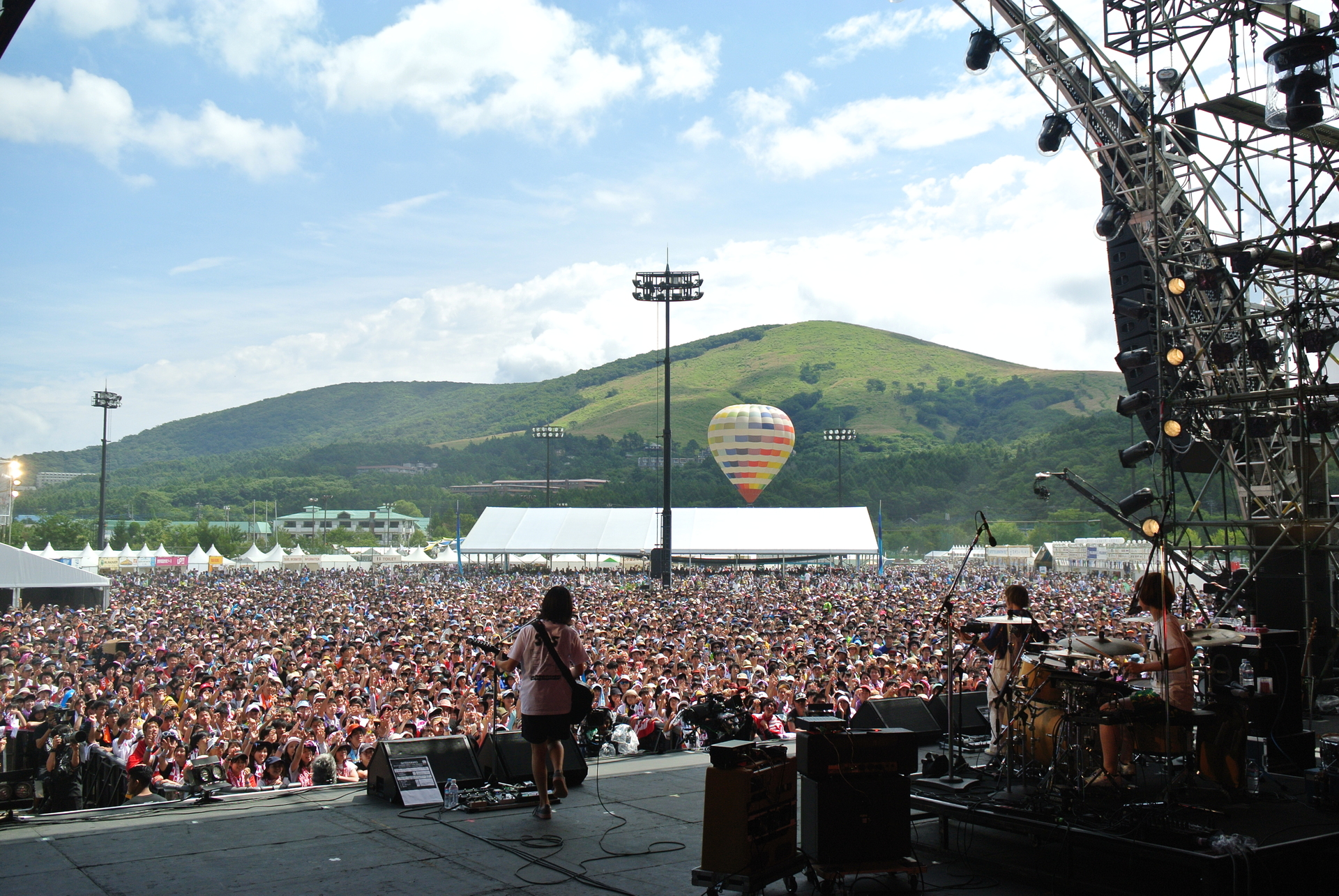 One of Miyazaki's earliest encounters with rock band music was when she heard BUMP OF CHICKEN during her elementary school days and The Pees when she was in middle school.

"The reason that I like story-like lyrics even now may be because of BUMP OF CHICKEN," Miyazaki said. "I listened to The Pees' songs for the first time when I was in middle school and was excited by the coolness of the three-piece band that there was not waste for their performance and their form on the stage was a triangle." 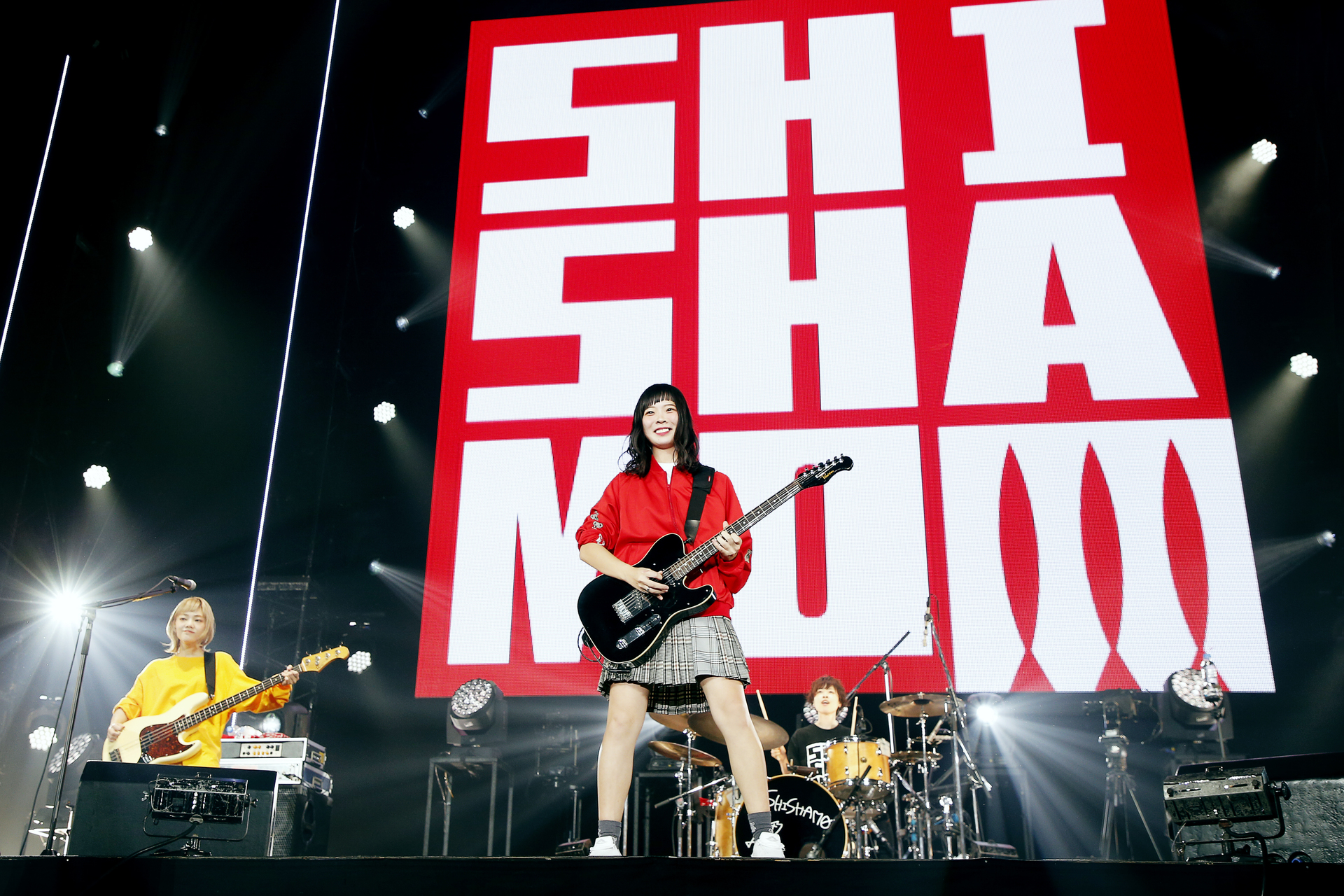 Storytelling still remains as one of the key elements when Miyazaki writes song lyrics. Growing up with the dreams of becoming a manga artist one day, SHISHAMO's songs are written as if she was designing a Japanese comic book. Furthermore, Miyazaki is the brains behind the adorable illustrations that graces their CD jackets, fan merchandise, as well as their website. 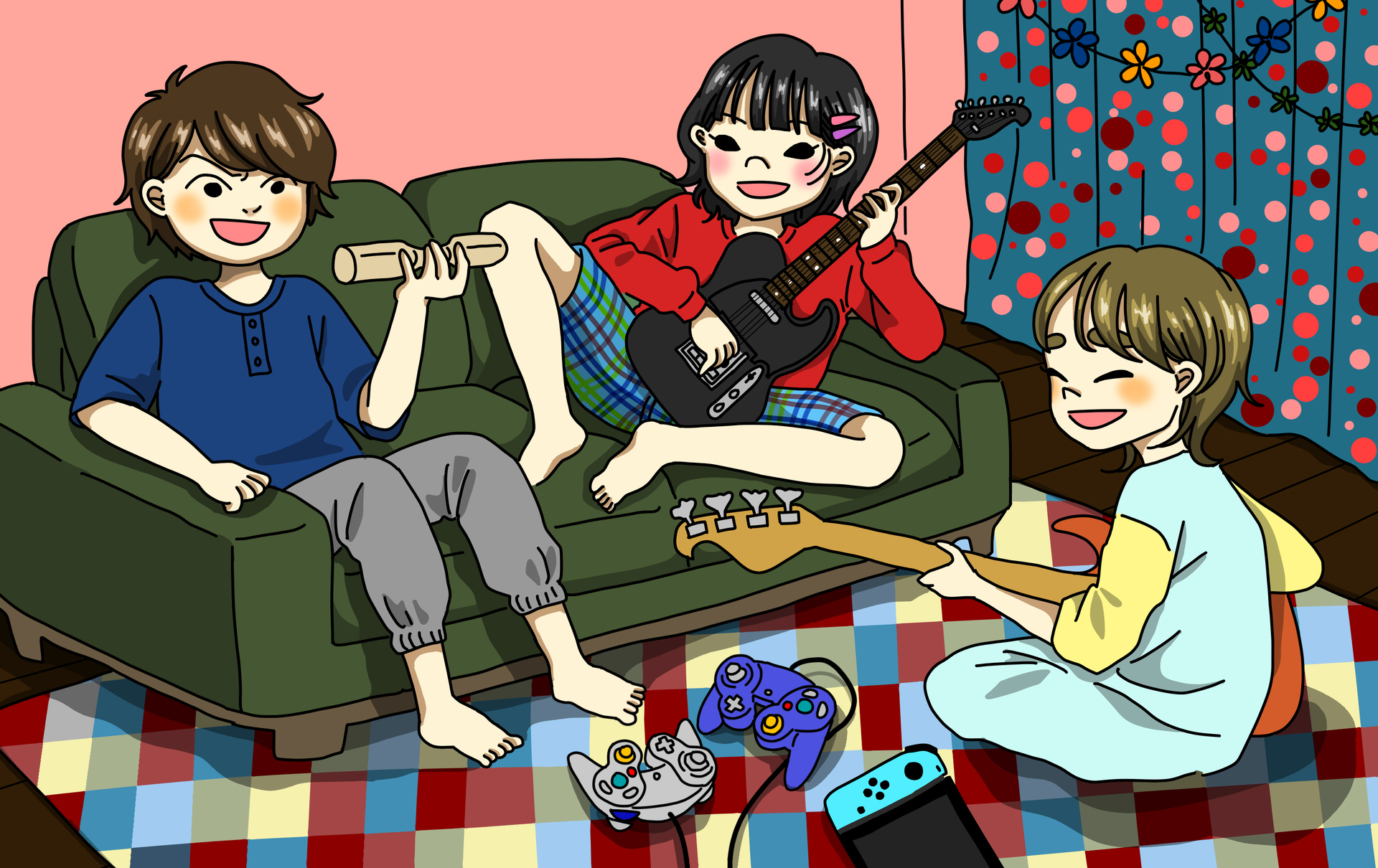 Growing up together as a band has also allowed for their musical tastes to mature over the course of six albums and more to come. "In terms of the 1st and 2nd album, we tried to produce only by the three members’ sounds as much as possible because we needed to reappear the sounds at the concert.  However, we gradually added horn and strings into our music because we felt that our music and lyrics demanded the different sound from us," said Miyazaki.

Their latest album, SHISHAMO 6, which was released at the start of 2020, unveiled their sentimental side, with more mellow, jazz-infused ballads such as 'Like an Angel', 'Only Now (demo. at Asako's House)', alongside their signature jaunty, cheerful tunes.

"We think that we became defiant in everything than before. With respect to the lyrics, I think the character's age is gradually going up," said Miyazaki.

One of SHISHAMO's favourite pasttimes as a band including supporting local professional soccer team Kawasaki Frontale, who came in as champions twice at the J League. 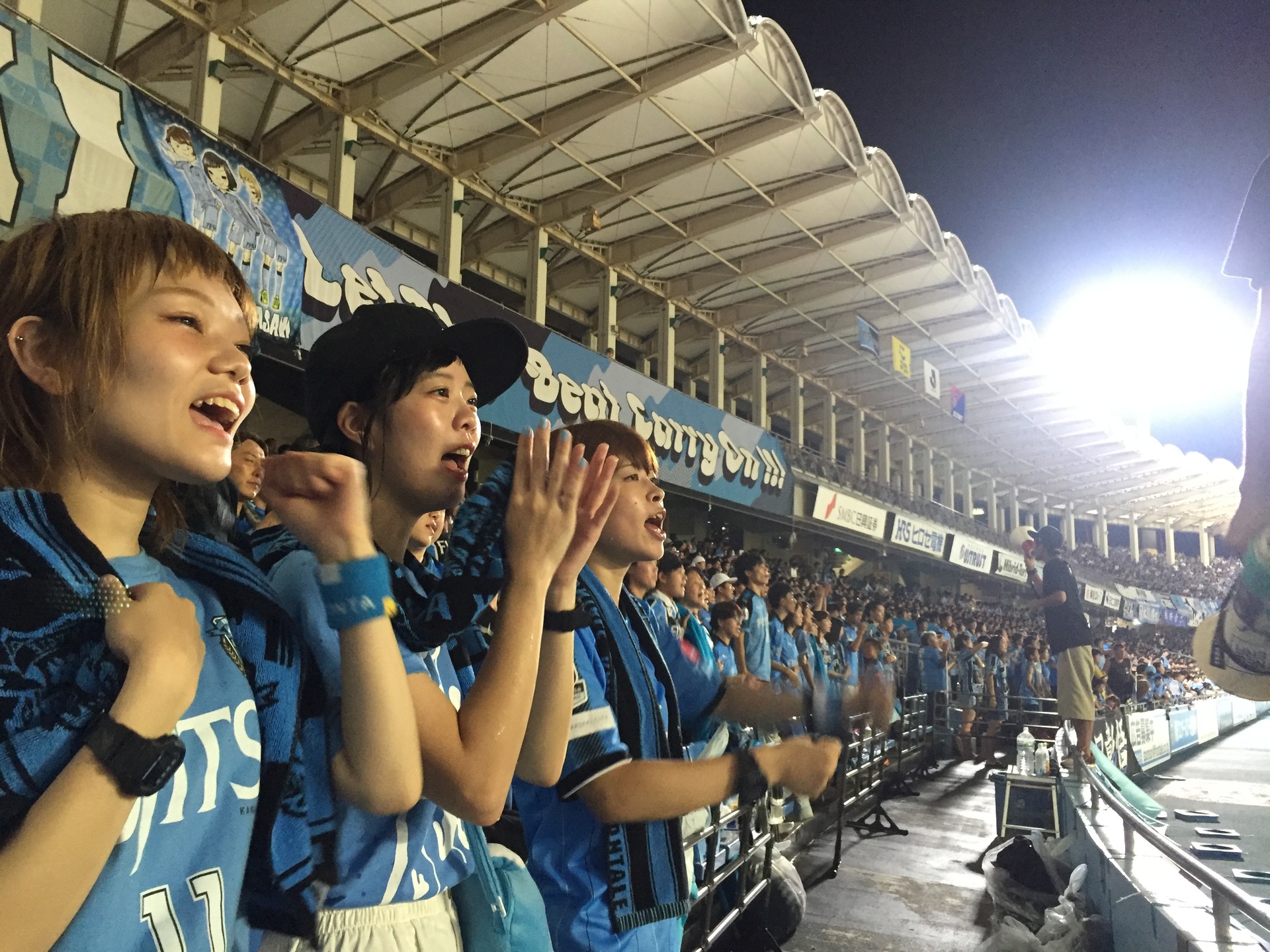 "We get energy from the attitude of the players, who always look forward and never give up," said Miyazaki.

If you're ever in Fukuoka, you may even run into SHISHAMO at 'Yamachan', a ramen restaurant they frequent when they do live shows in the city. "That is my favorite place since I was a teenager,  so if I had the opportunity to stay in Fukuoka for 3 days, I would go to 'Yamachan' for 3 consecutive nights," said Miyazaki. 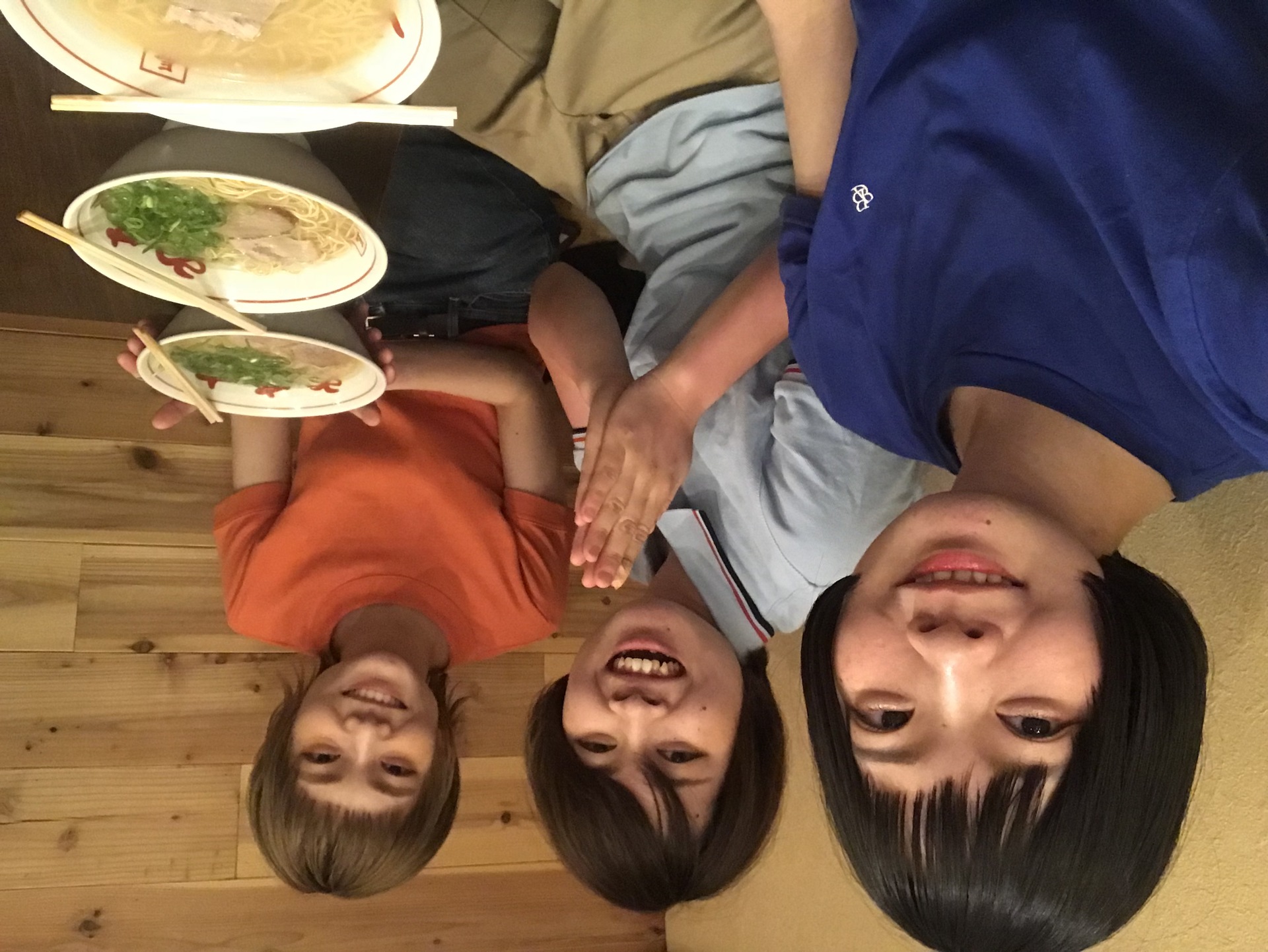 While SHISHAMO receives immense support and enthusiasism from local fans, Miyazaki shared that Summer Sonic and other summer festivals are the platforms that they are grateful for, as it allows for new listeners to be exposed to their music. As a Japanese rock band, they often are showered with compliments for going against the current and reversing expectations. 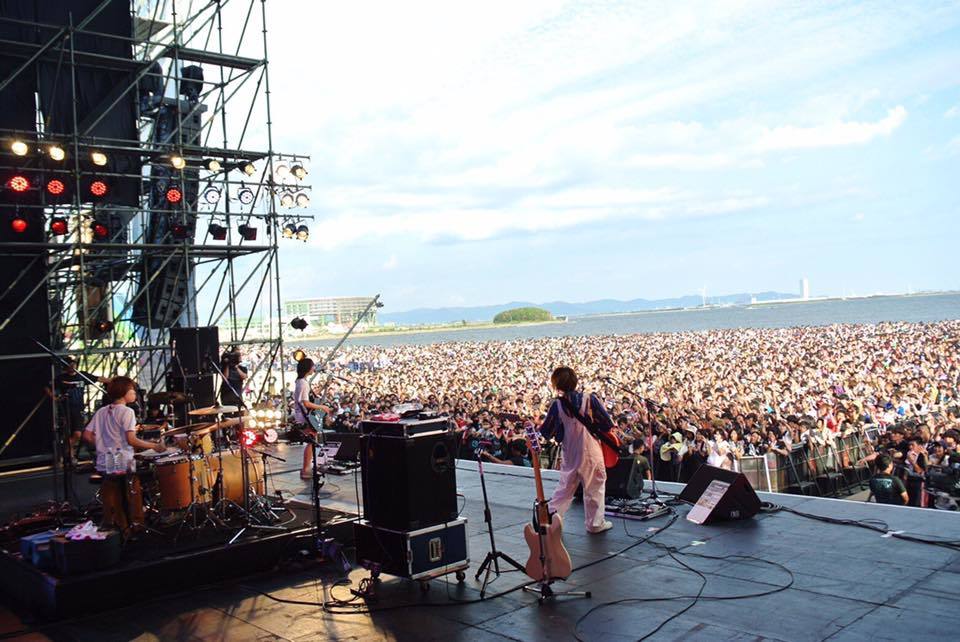 Perhaps one day, they would be able to play to audiences outside Japan who would enjoy their music despite it being in a foreign language. When asked about the possibility of writing English lyrics, Miyazaki said that the band avoids using non-Japanese words because they like to incorporate Japanese into their songs.

"The sound of Japanese and the breadth of expression are as many as the number of people who writes words, so I find writing lyrics in Japanese to be very interesting," said Miyazaki.

"I think that I am glad if foreign people want to know Japanese language more when they listen to the music of SHISHAMO."