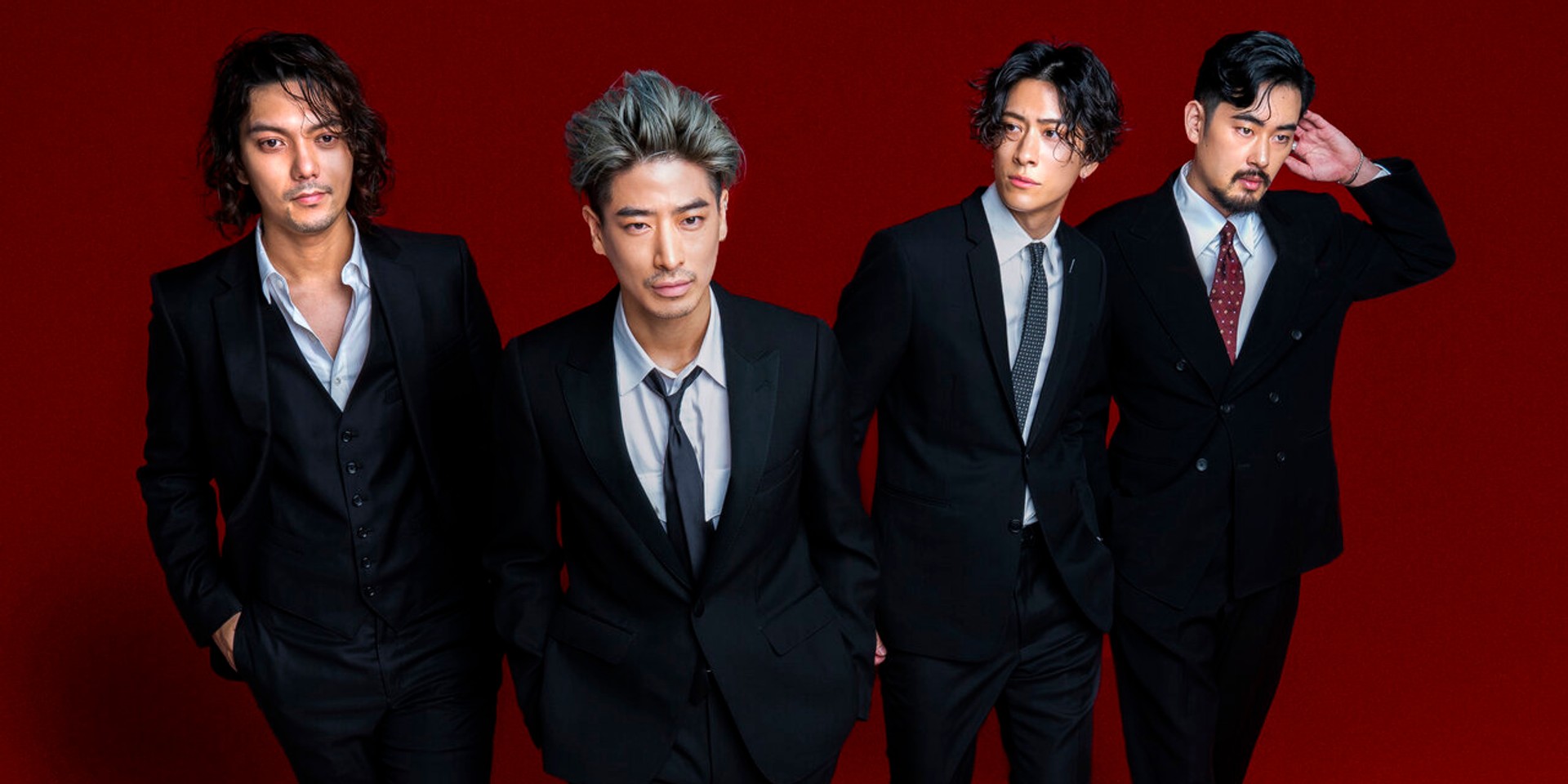 Whether it's dreading going back to work or recovering from the weekend high, we all don't like Mondays but J-rock band I Don't Like Mondays. take it to the extreme, creating music that makes every day feel like a Friday night.

With a hefty discography that emulates the feeling of driving through a bright, bustling city at night, I Don't Like Mondays. have been throwing one party after another with every track since 2012. Even with almost a decade behind them, the four-piece band shows no sign of slowing down.

Before the band, the members all came from their own individual musical interests and backgrounds. Yu (vocals) was seeking a career in entertainment, Choji (guitar) played the guitar all throughout his childhood, while Kenji (bass) and Shuki (drums) formed a rock band of their own.

Eventually, I Don't Like Mondays. was born after Kenji's and Shuki's band saw a change in lineup and recruited Choji and Yu. Taking their name from the fact that they actually don't like Mondays, the group described themselves as true "party people" and were determined to turn every day into the weekend with their fun and vibrant music.

In their early days, the band's tracks were a breath of fresh air among the dark and grimy scene of Japanese rock, narrating tales of exciting weekend nights and unforgettable parties against an upbeat rock sound that you can't help but dance to.

In 2014, the band released their first-ever album entitled PLAY with 6 tracks, all exuding the riveting feeling and high of the city nightlife. While it's far from the music you hear from the band today, it features the same passion and energy that's been standing 8 years strong.

"When we were making PLAY, although we were immature, we were trying to do everything we could. As it was our very first work, we made the album with all of our passion, not techniques," says Shuki.

Since their debut record, the band has gone through many musical changes, and still regularly seek ways to improve, grow, and evolve in their artistry. Taking inspiration from the likes of Prince, Michael Jackson, and Oasis, the band has taken on varied styles and tackled a myriad of genres while still maintaining their iconic fun and light-hearted sound.

"We keep ourselves away from sticking to make a single style of music. We always discuss what genre of music our fans want or what we want to try, and also check music charts as a reference," says Kenji.

In their latest album FUTURE, I Don't Like Mondays. boast a funk-rock soundscape interlaced with elements of pop and soul that gets your heart racing and feet tapping.

"When we were making FUTURE, seven years have passed since we formed I Don't Like Mondays. and our music skills and techniques have grown. Now, we can just make and produce songs more relaxed," says Choji.

Considered one of their most well-thought-out albums, the record features 15 tracks, including their most popular song 'LEMONADE' with close to 3 million streams on Spotify and over 3 million views on YouTube.

"It's just amazing! Although most of the lyrics of the song are in Japanese, many foreign fans are enjoying the song. We are very glad to know that. Through the song, we really noticed that music can break the language barrier," says Yu on their 2018 summer anthem 'LEMONADE'.

This year, the band is taking a new musical direction. Since the beginning of August, after their nationwide tour was put to a halt, I Don't Like Mondays. has been releasing an array of tracks, all of which are perfect for a dance party, even if it's within the confines of our home.

"Before COVID-19 appeared, almost all of our songs were for sharing happy moments. But, in these circumstances, we think that the time people spent listening to music alone is increasing so, we decided to change the direction of our music. After we released 'Plastic City' in February, we tried making songs that people can enjoy alone and that can cheer them up when they feel depressed," says Yu.

'東京エキストラ (Tokyo Extra)' is their 4th release since August, which delivers a strong message of love and loss. The track is the first love song they've released since adopting new musical stylings and even features elements of gospel music for the first time in the band's career.

"I usually try to write lyrics that don't disturb a song's alluring sound. I have been avoiding telling a high-impact message through our lyrics but, in this situation with almost all of our planned schedules are postponed, I could think deeply about what I want to describe in our songs. Then I found that I wanted to deliver stronger messages through our lyrics," says Yu.

In the band's newest release, entitled 'ミレニアルズ〜just I thought〜 (Millennials~just I thought~)', I Don't Like Mondays. tackles a new story, deeper than the fun and excitement of weekend nights.

"'ミレニアルズ〜just I thought〜 (Millennials~just I thought~)' is a song about what we think about the ongoing environmental issues around the world. Honestly, I would have never imagined that we made a song about such a big subject in this band but, when I watched this video of a speech about the global environmental crisis, I found myself thinking about the issue, especially as someone from the Millennial Generation," explains Yu.

"In this song, we never want to let our fans act like an environmental activist. So, we added “just I thought” in the title but we hope our fans think about our environment and the earth by listening to this song, like me."

With a discography that makes you want to dance and jump, I Don't Like Mondays. come alive on stage. Having performed all around the world over the last 8 years, some of the band's favourite moments have unfolded on the road.

"I love the moment when we have our tours. Of course, I love to meet our fans all over Japan, but also I love the after-party with the members and our staff. It feels like a boys-only trip," says Kenji.

While the group's 2020 "boys-only trip" has been put to a halt due to the pandemic, I Don't Like Mondays. have already planned a quaint nationwide tour at the beginning of next year, with performances slated in Tokyo, Osaka, and Yokohama for February 2021.

"We will continue making new music and go on a tour but, in particular, after COVID-19 goes away, we really want to perform all over Asia! We have performed in Thailand and Indonesia before but that is not enough, we want more chances to meet our fans in Asia. So, to our dear fans around Asia, keep loving our music, please," says Yu.