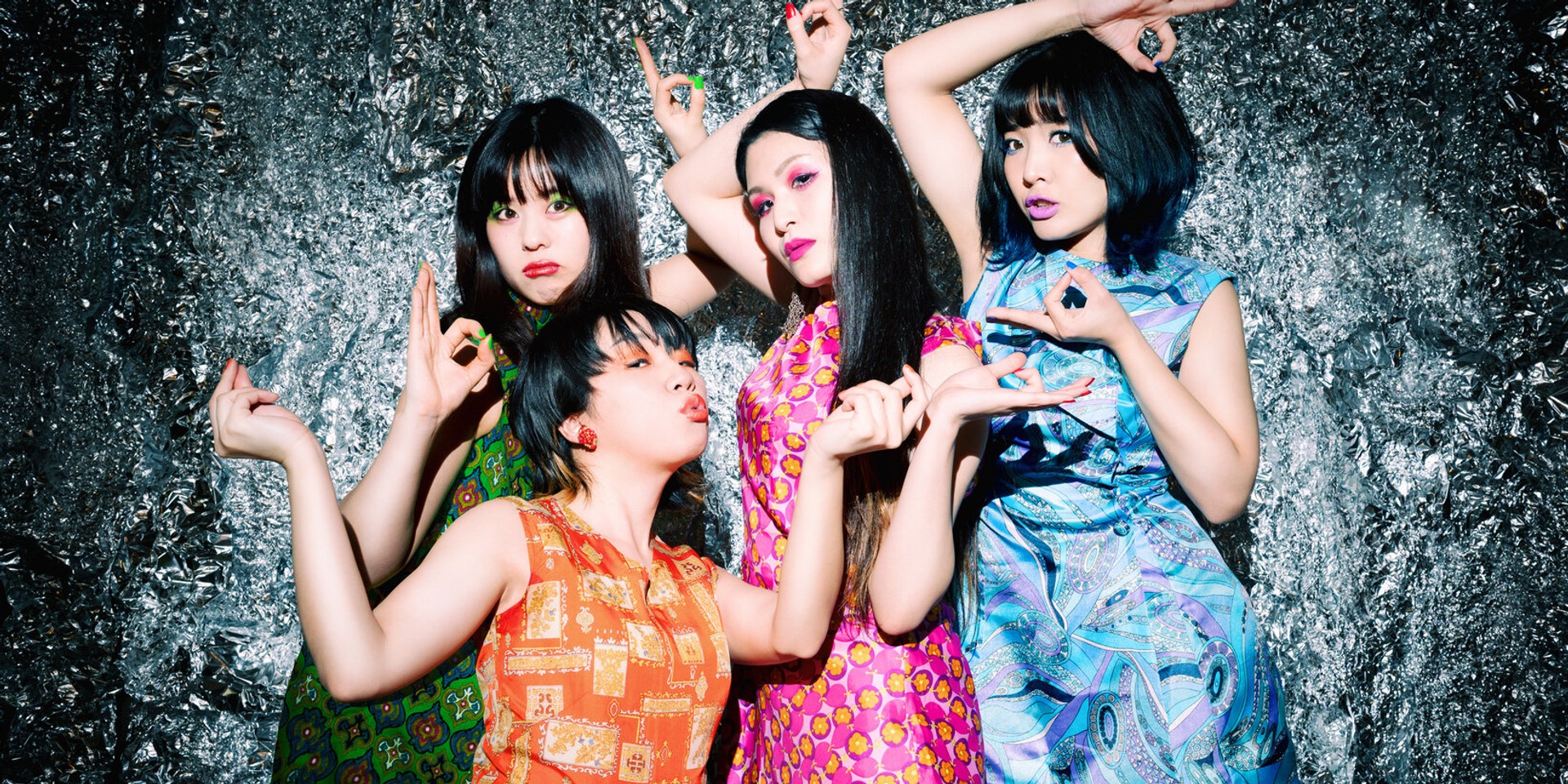 Fast-paced, unpredictable, and agressively punk rock: these are words that barely encapsulate the entire experience of attending an Otoboke Beaver show.

Onstage, the band is well known for being distinct, in every sense of the word. From their brightly coloured stage outfits to banging their heads on mics to hit the beat of a song, the all-female quartet always gives a performance that you'll be talking about for days.

Offstage, they are just four regular girls, far from their defiant and rage-filled personas, living out their passion for music while still working full-time jobs.

Hailing from the Japanese city of Kyoto, the band was originally a cover band formed for a university music club in 2009. After realising they wanted to do more than just renditions of local tracks, Otoboke Beaver was born, taking their name from a love hotel in East Osaka.

Through the years, the band has seen a few changes to their lineup and now consists of Accorinrin (vocals), Yoyoyoshie (guitar), Hiro-Chan (bass), and Kahokiss (drums). 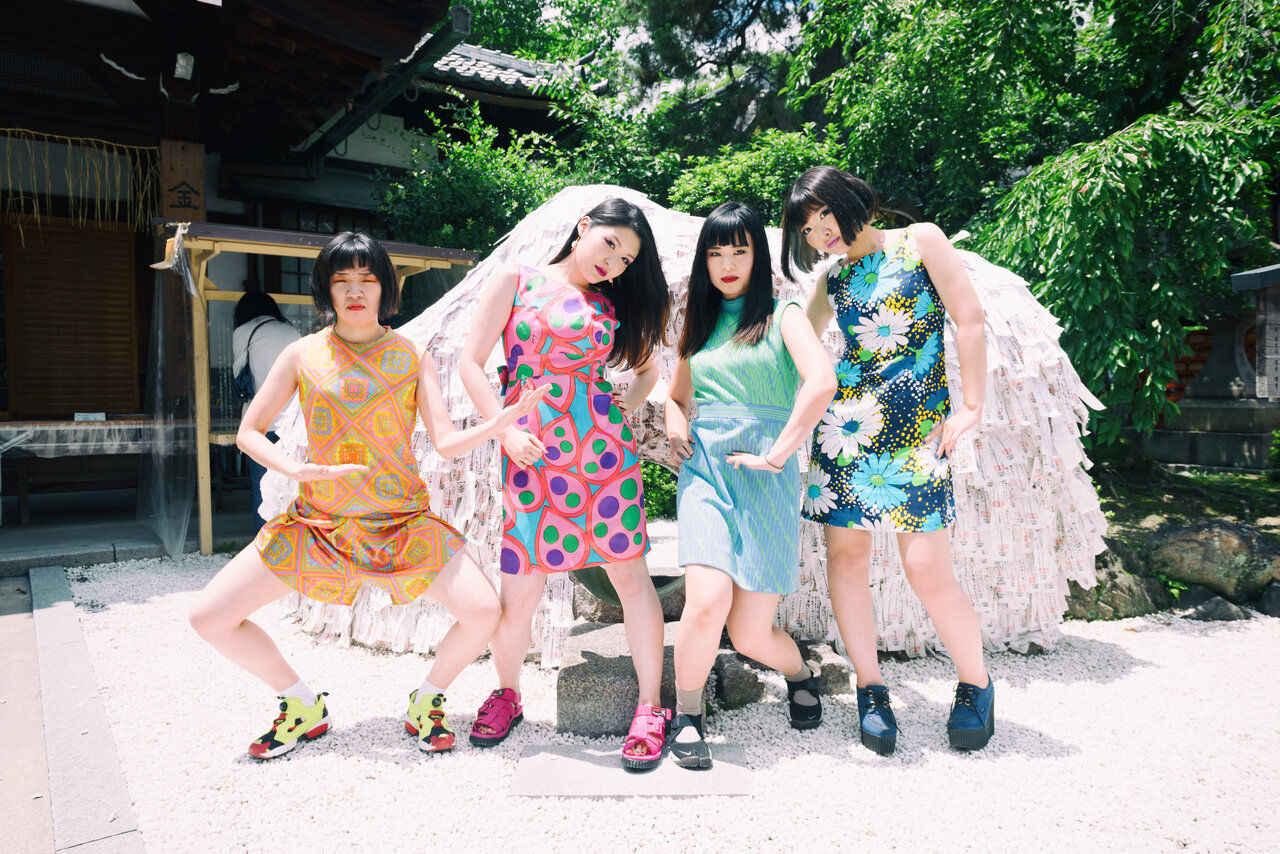 Despite often falling into the genre of punk-rock, Otoboke Beaver never really cared to define their sound, even after a decade of performing. "All the members had different tastes in music [but] we were not very interested in punk music. Even now, we are not conscious of [sounding like] punk music, just conscious of [its] speed," the group tells Bandwagon.

Characterised for their fast tempo and frequent changes in rhythm juxtaposed by stories from their personal lives, their music is the type to get your heart racing and your body moving - exactly what the band wants to achieve with their shows.

Giving life to their decade-long discography on stage, the members are highly-regarded for their "deranged, crazy and wacky" live performances. Taking inspiration from their individual liking of a myriad of genres and artists, their stage features bits and bops of everything - from Japanese comedy to crowd surfing while flawlessly playing the guitar.

Otoboke Beaver released their first mini-album 今夜限りなんて絶対ほんとに言わせないっ! (Konya Kagiri Nante Zettai Honto ni Iwasenai!) in 2011, consisting of five tracks. Since then, the band went on to drop a series of singles and EPs that were well-received around Japan.

In 2016, the group got their first major breakthrough, catching the attention of British label Damnably, who signed them and brought them on their first tour around the UK opening for Japanese alt-rock band Shonen Knife. From there, Otoboke Beaver made a name for themselves getting the chance to perform in major festivals all across the globe, including Lowlands Festival in the Netherlands, South by Southwest (SXSW) and Coachella in the US.

"I think most of the audience in Coachella didn't know us, but the venue became more and more full during our live performance, and it was very exciting. Feeling the music in the vast land and looking at the scenery made me feel like I was in a dream," said Hiro-Chan.

"At SXSW, all the power got turned off but all the fans turned on their smartphone lights, one after another, to illuminate us. [We performed] live in that acoustic state. I was happy that many people continued to dance," said Accorinrin, recalling her favourite festival memory.

Since signing with Damnably, the group came out with two EPs and albums that were all highly-regarded, even getting recognised by Metallica's Lars Ulrich.

One track in particular,  ‘datsu . hikage no onna’, from their 2019 album ITEKOMA HITS, was a huge hit, amassing hundreds of thousands of streams from around the globe.

"I wrote [‘datsu . hikage no onna’] about the true feelings and conflicts of [being] a mistress who never goes out in public. There is a lyric that says, 'なんべんわたしを殺すきや?', which means 'how many times do you want to kill me?'. It's a song of determination [about how] I don't want to live miserably in the shadows anymore," said Accorinrin.

However, even despite their growing international acclaim and performing on stages that many can only dream of, Otoboke Beaver still had full-time office jobs to get to.

"It was difficult to balance our main office work with our music activities. Until last year, we continued to play music while continuing to work as full-time employees.  Even when Coachella was decided, it was difficult to take a day off," said Otoboke Beaver.

Wanting to focus solely on their music, the members intended to quit their jobs this year and go on a worldwide tour. Until the pandemic happened. "Right now, [the pandemic] is our number one problem. We were planning to quit our jobs and go on a long-term overseas tour in 2020, but we haven't started yet due to the influence of COVID-19," they said.

Nevertheless, the band hasn't let this year stop them from setting stages on fire with their supercharged energy and revved up sound. With live events slowly resuming in Japan, the members are in the middle of embarking on a small-scale nationwide tour. 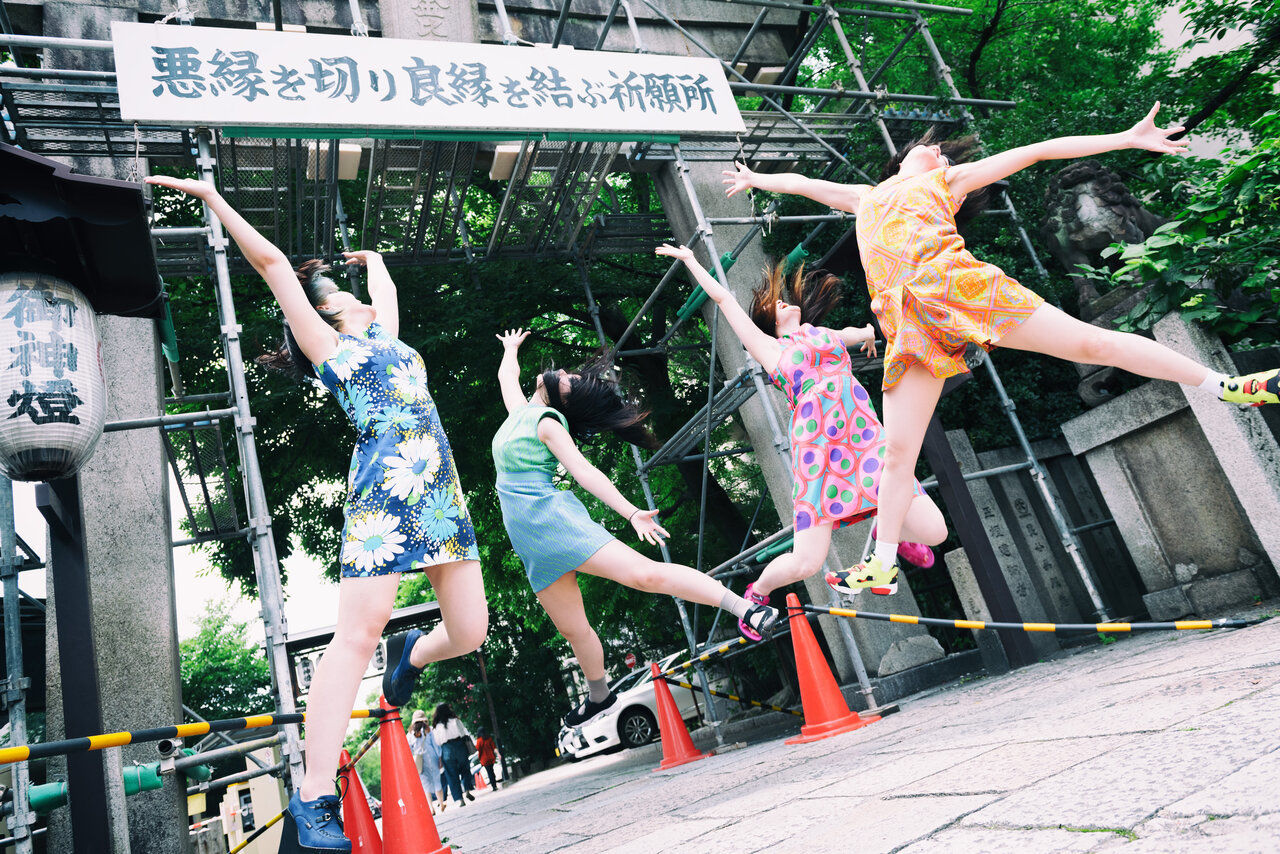 Over the last decade, the band has made it to all corners of the globe sharing their music, energy, and message. Regardless of it all, the members say the best part of being in Otoboke Beaver is getting to live out their dream.

A lot of longing becomes a reality.