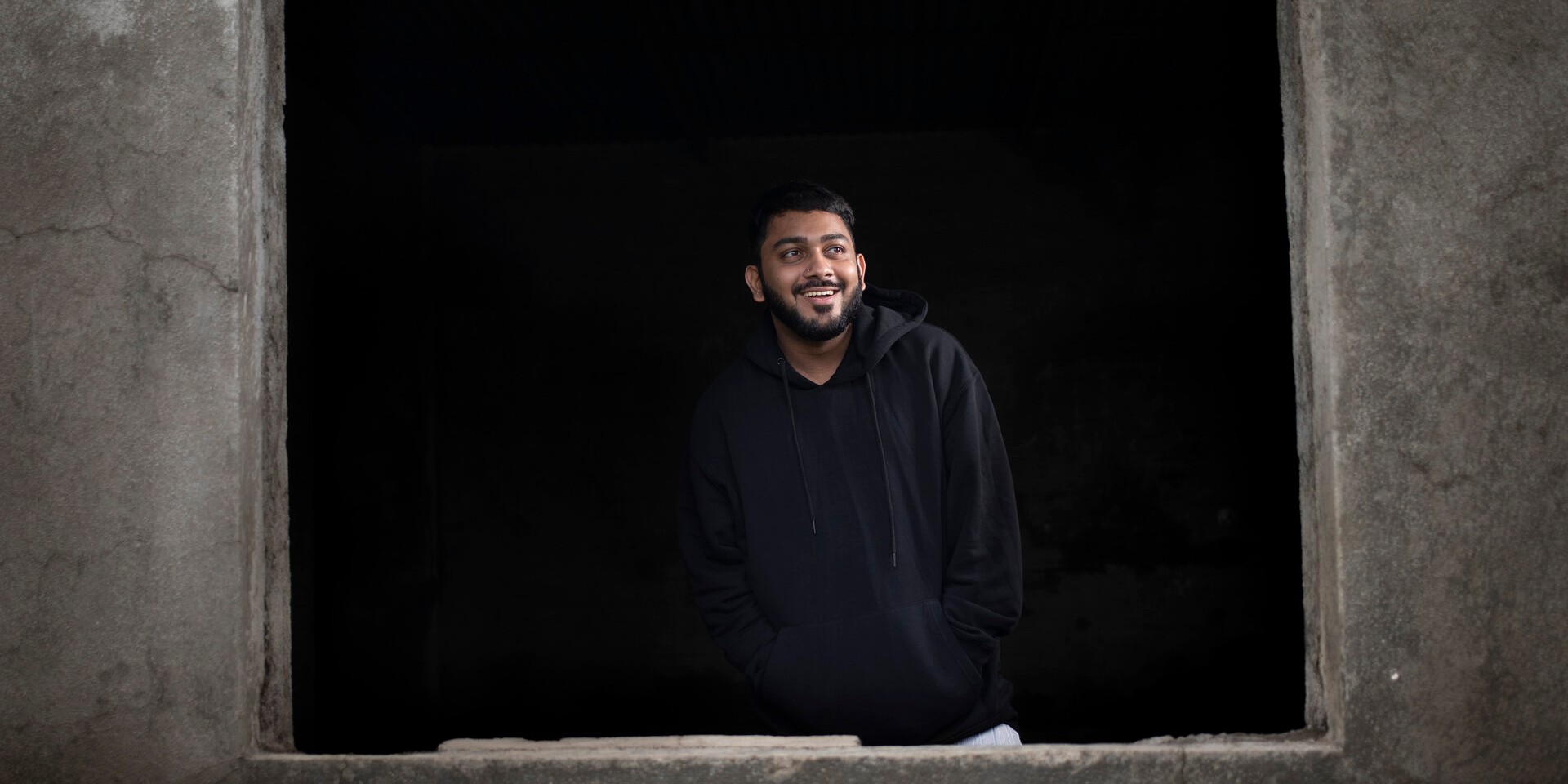 If you've ever delved into the world of Desi EDM, then you've definitely heard of Ritviz. Considered one of India's most prolific electronic producers today, the 24-year-old has become a mainstay in the region's music scene, soundtracking many weekend nights and memorable festival days.

Ritviz is known for his upbeat house sound that can get anyone on their feet, so it comes as a surprise that the EDM act was actually trained in classical music.

From a young age, Ritviz was surrounded by Indian classical music, even having learned the traditional musical style of Khayal as a child.

"I come from a family of musicians deeply rooted in Indian classical music, so naturally I got pulled into music since my early childhood days. My mom, being a trained Indian classical singer, made it a habitable experience for me to enjoy classical music. My curiosity for music was pretty innate," he tells Bandwagon.

Wanting to explore the world of music on his own, Ritviz ventured to the West where he discovered Tiesto and soon fell in love with electronic and techno music.

"Indian Classical is a beautiful form of music but the format is quite rigid; it builds you but it also restricts you. We are asked to follow a certain kind of convention when it comes to classical music," says the EDM producer. "Creativity holds no boundary for me. I remember vividly [hearing my] first Tiesto track, it was so exciting. I would say electronic music inspired me to express myself in my own way."

"As a musician, you always want to grow and make your own way to express yourself."

In 2014, Ritviz dropped his first-ever EP Vizdumb. A two-track record reminiscent of music festivals and late-night dancing, the EP solidified the artist's passion for music.

"I was just dropping out of school when my EP came out. This EP really destined the state of mind back then. I was full of motivation and enthusiasm, I had that willingness in me to go all out. I am all of these things right now also, but it was something else when I was just starting out (laughs)," recalls Ritviz.

"I sent the EP to Adam Pollard, from Relentik Records, and he put it out on his record label. I feel it’s so close to my heart because for me everything began from this EP release. I also now feel that the significance of the record will always keep increasing as I move forward in my musical journey."

However, it wasn't until 2017 when Ritviz finally got his big break winning Bacardi House Party Sessions, a platform that discovers new musical talent in India. The artist entered the competition with his now-viral hit 'Udd Gaye', a track that fuses his two beloved musical worlds.

The song shot the electronic producer up the ranks of Desi EDM music, instantly making him a household name.

The next year, the electronic act returned to the Barcadi House Session but this time as a well-known and highly-regarded artist. Ritviz even brought his parents on stage, recalling it to be "the most memorable moment of his musical career".

Since 2017, the hitmaker has come out with a number of tracks, many of which continue to top the charts garnering hundreds and millions of streams and views online.

Combining the traditional sounds of classical music with the thrilling world of dance and house, Ritviz creates music that he hopes makes people feel a sense of joy and happiness.

"I really hope that people connect with my music in the purest way possible for them, like the way I created the track. I just hope people understand my music in the same raw manner as I created it. I feel the bond I have with my listeners is due to this fact... It’s like you give a part of yourself, so raw and so honest that people are bound to connect," says the 'Jeet act.

But beyond that, Ritviz makes sure to make music that is authentic to him and that reflects all aspects of his life. "My music is purely aligned to my personal life. That’s how I see it and that’s what creates my identity as well. The progression of my music shall only happen when my personal growth commences," he says.

The idea is to make music for the love of making music, and as long as that stay consistent in my life, I know my music will be authentic.

Ritviz is one of the youngest acts to make waves within the Desi EDM scene, having entered the scene at only 18. When asked what was one lesson that stuck with him through the years, he said, "To understand the importance and value of things and people that are around you."

"We have a lot of dreams, checks to add to our bucket list during our lifetime. I feel it’s important to know when not to get stuck in the lucidity of money and fame and not to run around the chase of it also...There is always going to be pressure in life. I am lucky to have found the right people around me, to keep me grounded," he adds.

Most recently, Ritviz dropped 'Thandi Hawa', a hopeful track that he dedicates to his fans. Released at the beginning of lockdown, the song was accompanied by a music video that put the spotlight on that have supported him through these difficult times.

"Many were stuck indoors with no enthusiasm left. The frustration of being isolated led to many seeking refuge and this led to me create something special for everyone out there dealing with this global crisis," says Rtiviz. "The best way to celebrate the song was to celebrate with my fans worldwide! This song is a thank you for all my fans who genuinely helped me sustain."

'Thandi Hawa' serves as a teaser for the upcoming album Ritviz plans to release later the year. The highly-anticipated record is said to feature a new sound for the electronic act, one that crosses varied genres and that reflects the artist he is today.

"You can expect a brand-new world in my new album. This time I have done some massive experiments in terms of how I write and produce music. I am so grateful since this turned out to be a pretty effortless process. I hope my fans like the new album, I definitely hope for them to understand the new sound as well," says Ritviz.