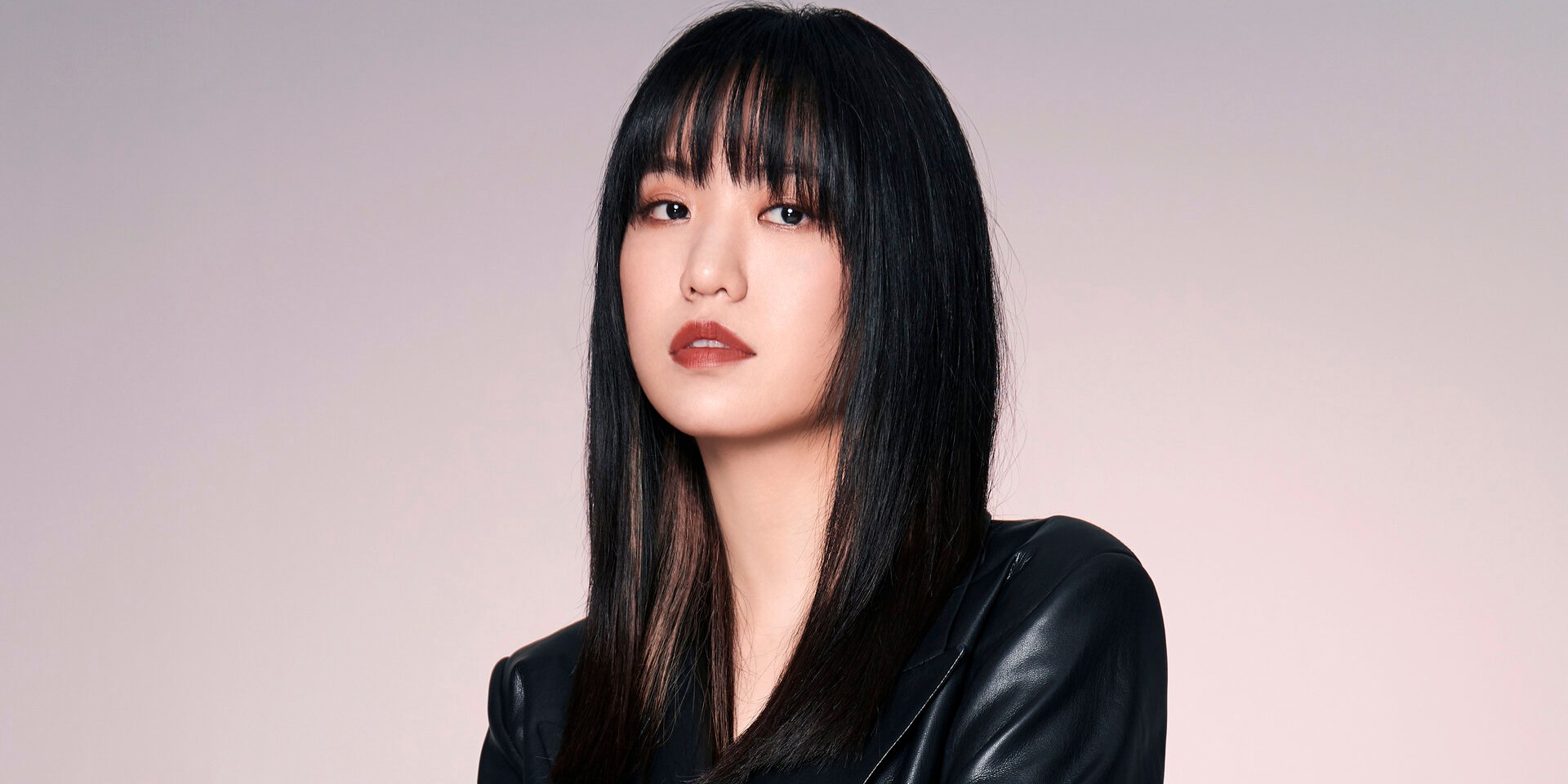 There’s a certain magic in Shi Shi’s music. Whether she’s reflecting on past heartaches or empowering you to chase after your dreams, the Taiwanese-Korean act has a way of enchanting you with her meaningful stories and soulful sound.

Taking inspiration from her own adventures and experiences, the singer-songwriter makes music that feels like a breath of fresh air.

“There are no boundaries of genres or languages with good sound. It’s very simple, I want to make good music,” Shi Shi tells Bandwagon. “I hope my listeners can feel the difference from other’s music, something special that only belongs to me. Most importantly I care about the true emotions of every song, I love to write songs with my own stories.” 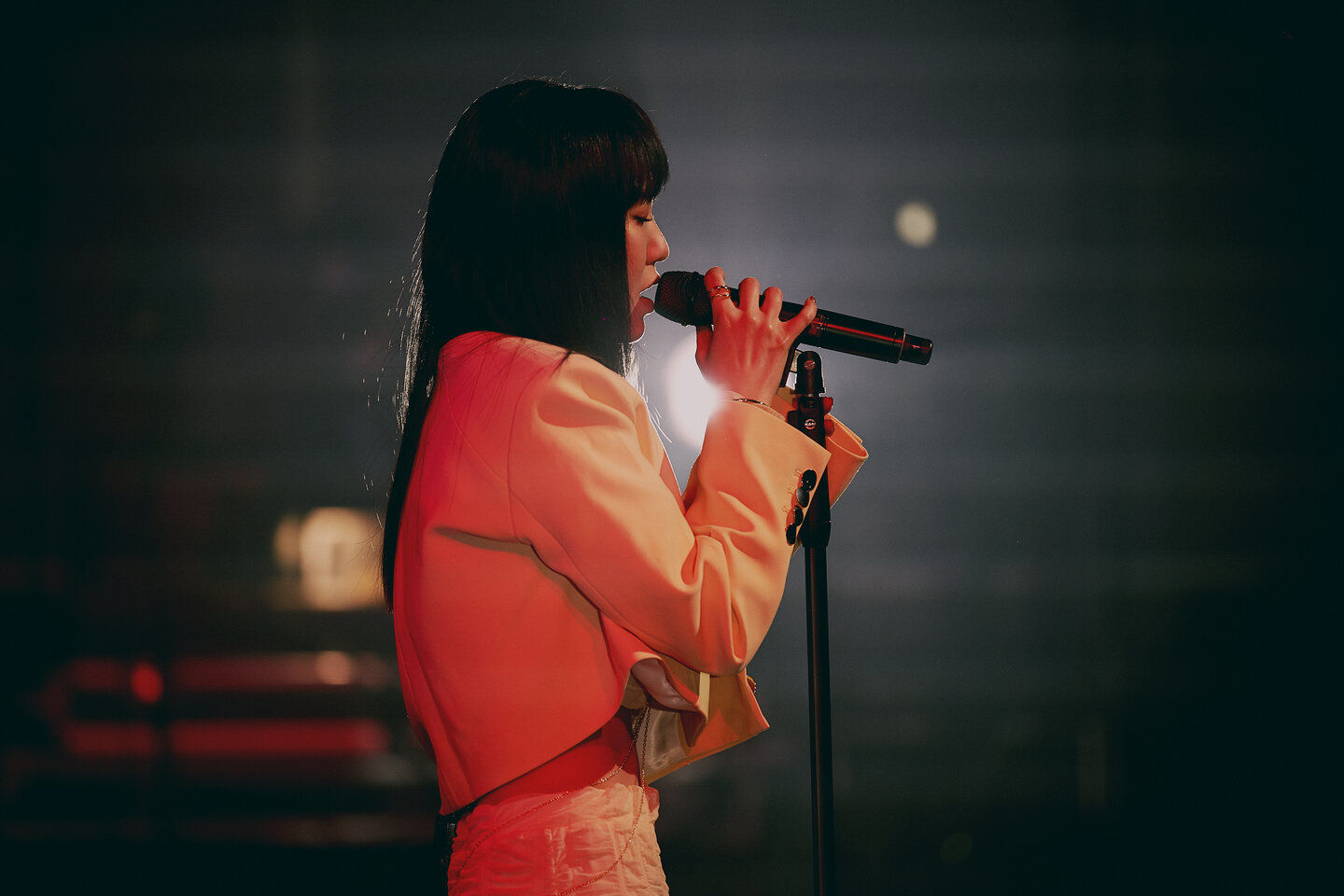 Shi Shi, or Sun Sheng Xi, first rose to fame after joining Chinese Million Star, a Taiwanese singing reality competition, in 2012; but her musical journey began way before then.

“I heard my parents say that I’ve loved singing since I was four years old, they loved to see me dancing and singing with the same song. If the music stops, I stop; if it plays, I start to play right away,” she says. 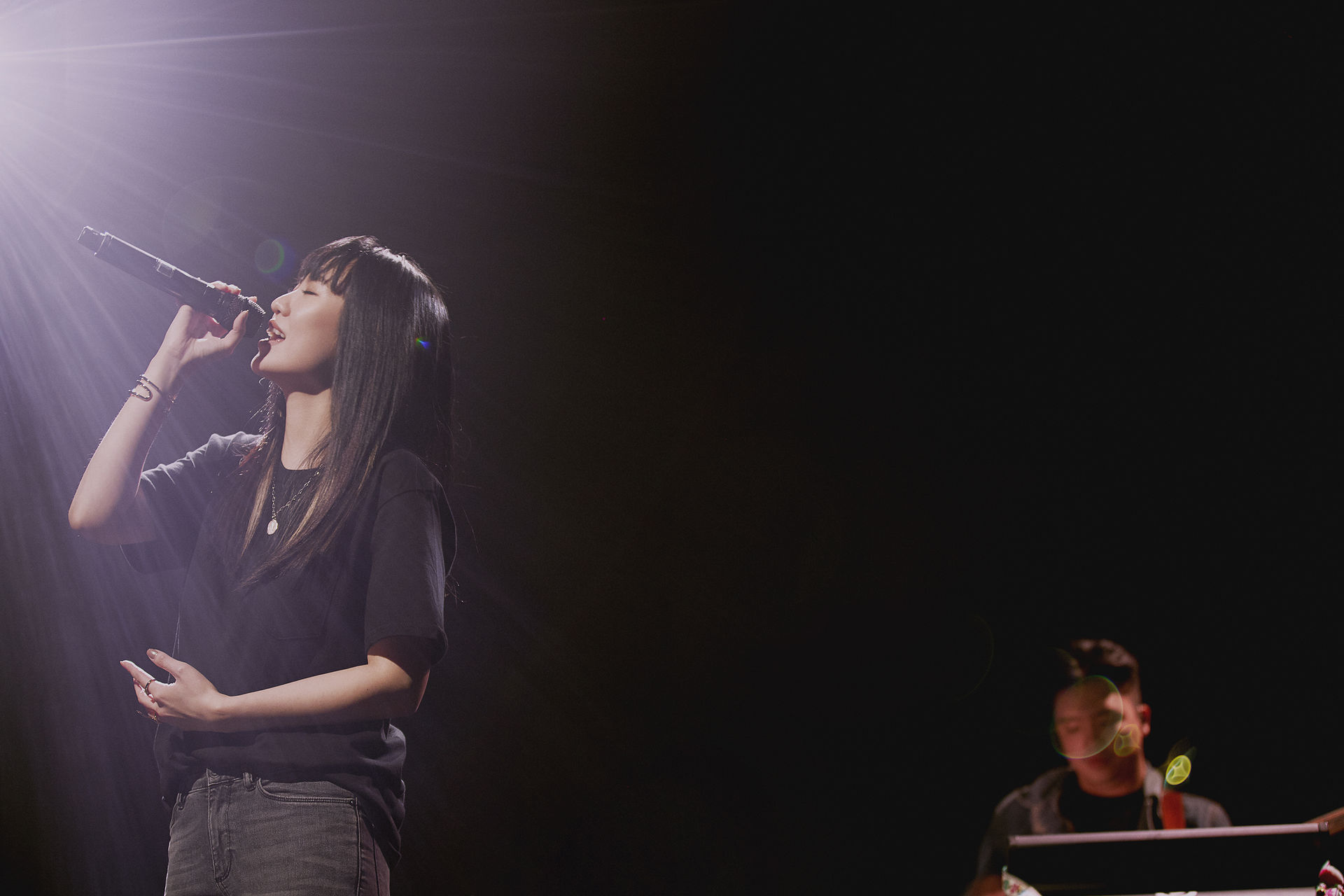 Citing her parents as her biggest inspiration and supporters, she took after her mom’s love for singing and her dad’s lifelong dream of becoming a musician and eventually decided to pursue a career in music.

Even despite some of her family members’ dismay and her own qualms about making it in the industry, Shi Shi knew that music was something she was meant to do. 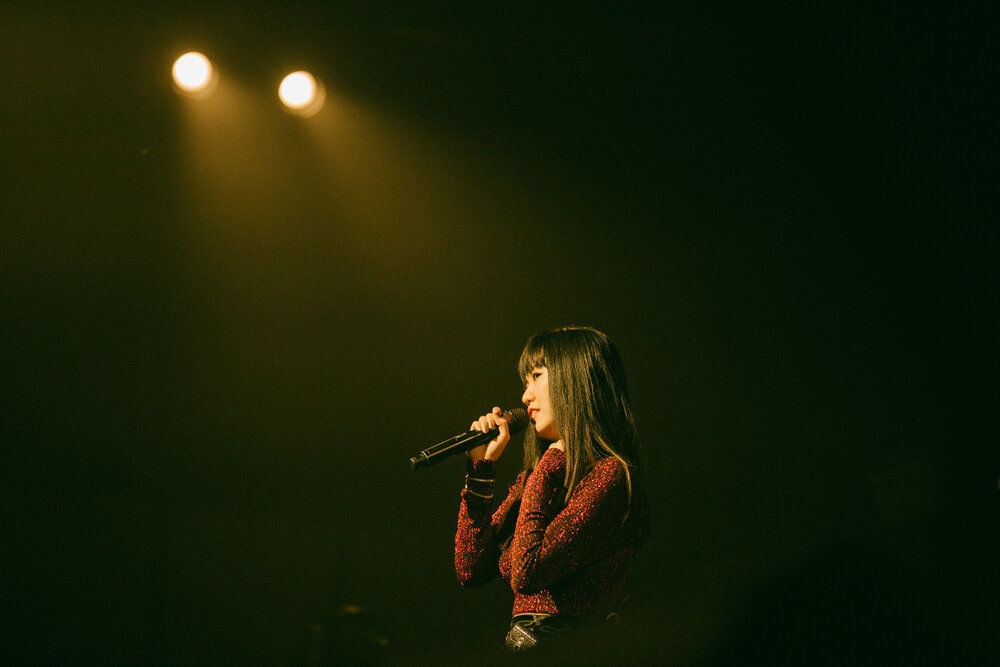 After moving to Taiwan from Korea and joining Chinese Million Star, Shi Shi came out with her debut album, Girls in 2014. Weaving together classic R&B, catchy pop, and melancholic ballads, the record easily solidified her place in the music industry, boasting her unique artistry and musicality.

In fact, her endearing ballad ‘恆溫 (Constant Temperature)’ off of Girls is still one of Shi Shi’s most popular songs.

“My first album was the key reason that I could stay in Taiwan and keep singing and writing. Every now and then, I listen to it and think ‘oh, I did quite a good job on this album,” she shares.

Since her first album, the singer has toured all over the region and achieved a number of accolades and titles. Shi Shi recently won the title of Best Mandarin Album for her 2019 record, Shi’s Journey at the 30th Golden Music Awards (GMA30).

Despite all that she’s achieved, when asked about the greatest moment from her journey so far, she says, “When my family told me they got touched by my music, the moment they shared those feelings with me.”

And right behind that is when she fainted after reaching a high note. “I blacked out for a second and fell down with my knees while I was washing dishes because I reached the high note that I can’t reach usually. It was an interesting experience,” she shares. 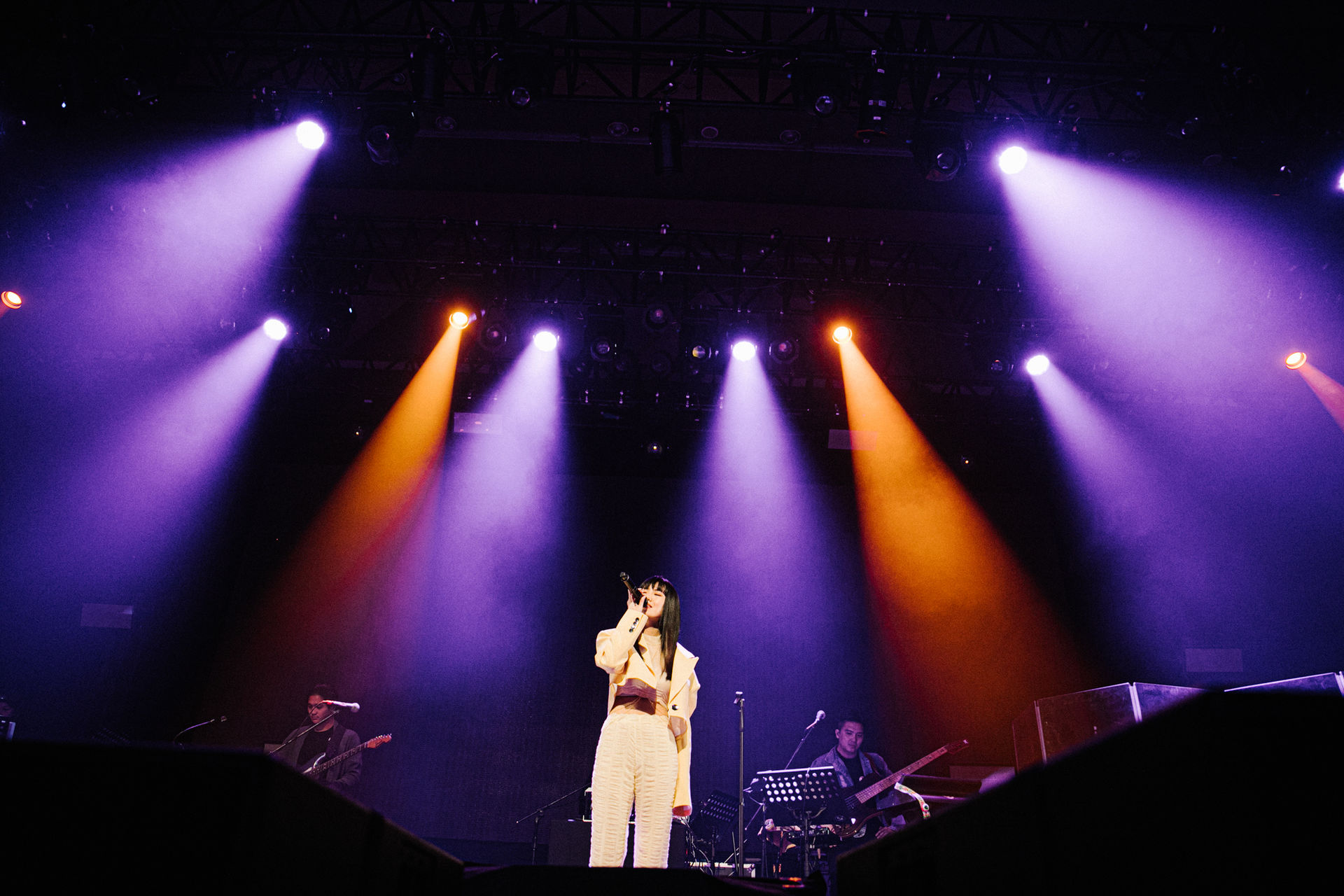 Most recently, Shi Shi dropped her latest album Where is SHI?. Born out of a dark phase in her life, the record sends an encouraging message of accepting whatever life throws at you, be good or bad.

"I started working on Where is SHI? when GMA30 was just over, and around that time I just broke up with my boyfriend. I felt very confident in my career and felt success, but somehow I felt sorrow and empty inside. Almost every day, I walked around the park alone late at night just to feel the sadness or to avoid the sadness that I’d feel at home, and hung out and drank quite a lot for several months," she shared.

"One day, one of my co-producers MCKY suggested that maybe it could be our main concept, the routine that I was trapped in. We wrote songs about each place I went to, the routes I took, the people I meet, and the emotions I had."

Channelling the inner workings of her heart and mind, Shi Shi tells a vivid story of finding yourself with each song tracking every step, fall, and rise she's taken. Sonically, the album weaves together the sounds of R&B, soul, and pop, all telling of the musical influences she grew up with.

From her first-ever album to Where is SHI?, Shi Shi has always been one to constantly looking to do better and strive for greater. . Ever-evolving and never stagnant, the 'Realer Love' act is never one to stay put.

"I always feel 'Not Enough' like I wrote in the song. I’m a person who can’t really take a rest and if I do, I get more stressed and guilty. So I’m always giving myself new challenges at every step, like becoming a producer even when I actually know nothing about producing. The genres I decided to do every time, I pay quite a lot of effort to get used to it. I love to give listeners surprises every time," says Shi Shi.

With so much more left to achieve and do, Shi Shi has a lot in store in the coming years with her music. Never wanting to stop gifting her listeners with good music, the singer is currently in the midst of brainstorming her next project and collaborations slated for release later this year. 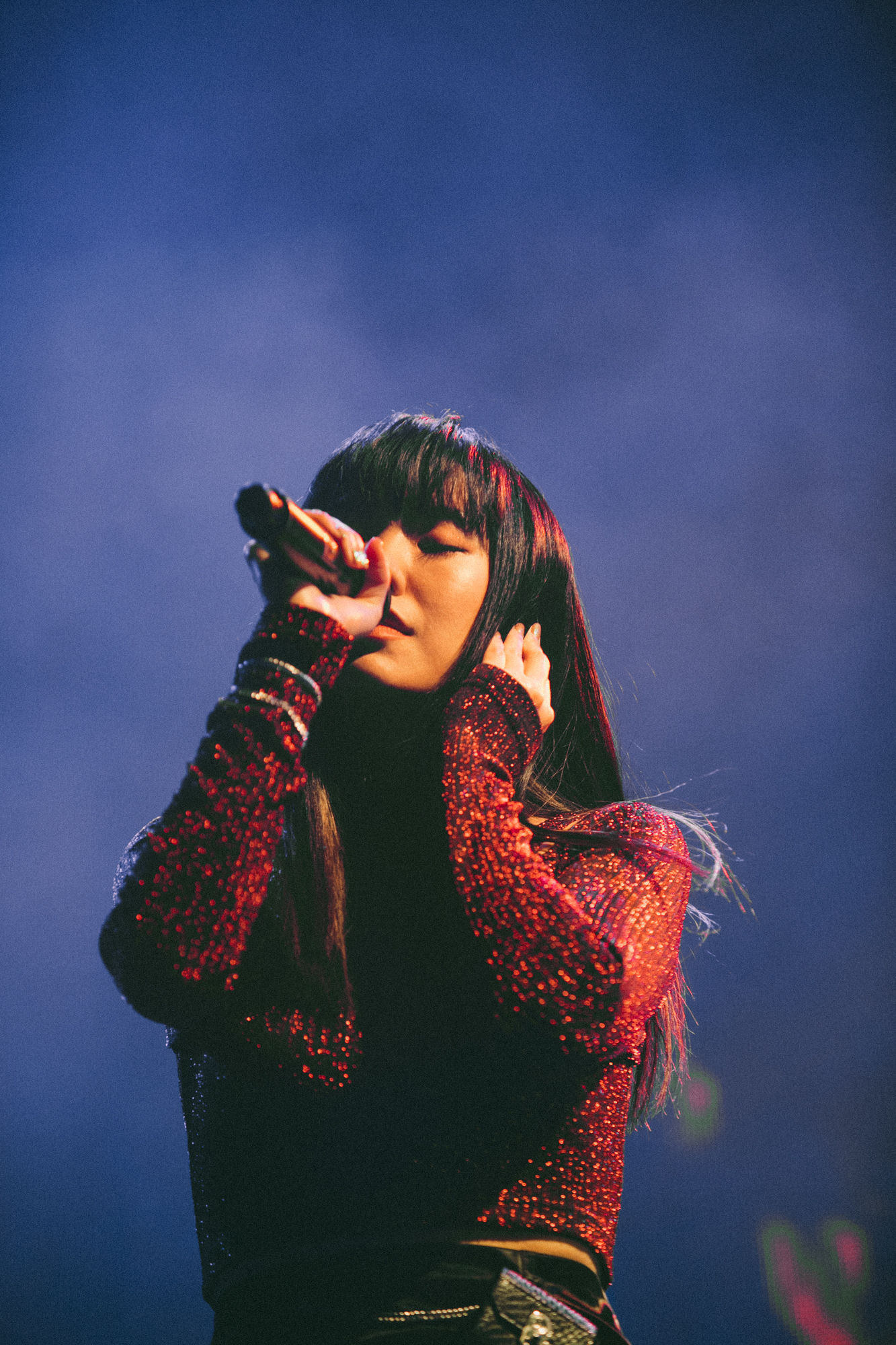 However, Shi Shi's ultimate goal is to give back to the next generation of musicians and impart with them the advice she wished she could say to her younger self:

Be more confident, don’t spend too much time to just think about how bad the situation would be, you can always do better than you think.

"When I’m old and mature enough, I want to train younger musicians like I always saw in Korea, with a sort of system. I want to dig out some talented people and help them grow in the music industry," she says.

Listen to Shi Shi's Where is SHI?.