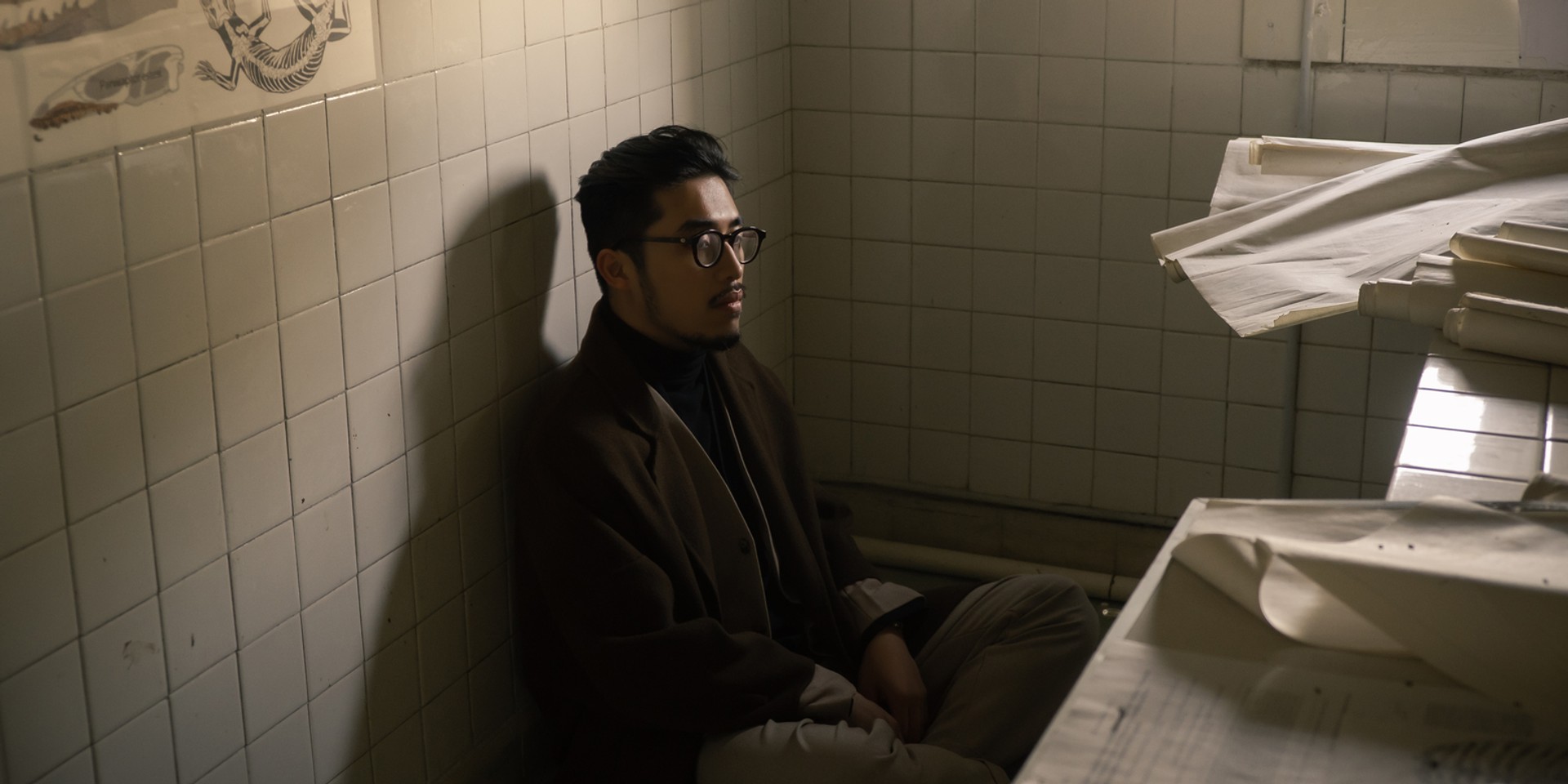 Destiny is a fickle matter – you never know what’s meant for you until it eventually plays out, but Vũ knew he was fated for music.

From the moment he lent an ear to the beautiful melodies and upbeat rhythms of early 2000s pop hits, the Vietnamese singer-songwriter knew there was only one thing he was meant to do.

“If I had to choose again, I would still choose music. Actually, it also seems like music chose me,” Vũ tells Bandwagon. Characterised by his soothing vocals and delicate sound, Vũ makes the type of music that anyone can resonate with. Whether it’s his heartwarming, kindred stories or the comforting melodies that ease your soul, the singer’s catalogue of tracks can seemingly get you through any rough day.

One of his most popular tracks, ‘Lạ Lùng (Strange)’ attests just that. Emotional, honest, and genuine, the track refers back to a “strange” time in Vũ’s life.

“I wrote this song back in 2014 when quite a lot of incidents happened in my family and in my personal relationship. I remembered it was written in an afternoon, with a guitar in my hands, that pure melody just came out spontaneously and I wrote ‘Lạ Lùng’ within one hour,” says Vũ.

Since its release in 2016, ‘Lạ Lùng (Strange)’ has garnered over 100 million streams and views across multiple platforms.

“That kind of inspiration comes very rarely to me personally and I guess for ‘La Lùng’, it’s an especially ‘strange’ one – the story in it is what has made people stay with my music ever since,” he adds.

Vũ has been sharing his growing musical rolodex of feelings and emotions since 2013 after a friend encouraged him to try his hand at songwriting.

“The very first day I wrote a song myself was because of a friend encouraging me to do so. I then learned about producing, kept on writing, and uploaded them on Soundcloud,” he shared. "People then started to listen to and fall in love with my songs. That’s pretty much what really fueled my love for music.”

Comparing his music to that of a book, Vũ likes to think of his songs as chapters that signify a specific moment of his life. Ever-growing and incomplete, the singer’s “book” is one that he hopes listeners can connect with, regardless of them being his personal experiences.

“My music simply tells the story of what I’ve been through and apparently, the audience may as well see themselves in it,” he says.

When asked about his creative process, Vũ shares that it usually involves two simple methods, with the first being stream of consciousness writing.

“My first approach is Free Writing which has accompanied me from the first day I started writing. Every single day, wherever I am, I would spend 30 minutes on it – the first half is to write subconsciously about what happens around me and the latter is to write specifically about what’s in front of me at that exact moment. I call it ‘Brain Warm-up’ before starting to write anything else,” he says.

While the second method usually involves a lot of listening. “I would listen to all kinds of music of different genres and then I’m gonna listen to the genre that I want to write and start writing from there,” he shares.

With his sedulous music-making process, Vũ has put together an impressive discography which includes his debut album, Vũ Trụ Song Song (Parallel Universe). Released in 2019, the record marked an exciting chapter in the ‘Hành Trinh Song Song’ act’s story.

Across the seven songs, Vũ takes his listeners on a journey through a vast world so precisely created and beautifully executed. Dealing with themes of love, loss, nostalgia, and grief against the backdrop of acoustic ballads and harrowing vocals, Vũ Trụ Song Song (Parallel Universe) is a testament to the singer-songwriter’s innate knack for music.

In his latest offering, Vũ joined forces with GRAMMY-awarded singer-songwriter Lukas Graham for the bilingual version of the latter’s heart wrenching single, ‘Happy For You’. Narrating the tales of the parallel endings of two different relationships, the track is a showcase of solidarity even amidst an isolating pandemic.

“I wrote a verse in Vietnamese from my own empathic perspective and luckily, Lukas and his team loved it in the first version,” Vũ shares.

“However, I still felt a little nervous then because Lukas sings at a higher key than I do. But I eventually went with the flow, singing with my own emotion and harmonizing with Lukas till it felt right. Lukas said he loved my voice and I think our voices really compliment each other in the song.”

‘Happy For You’ comes as one of the first of many international collaborations Vũ hopes to do in the future. Wanting to spotlight Vietnamese across the world, the ‘Đã Từng Là (Used To Be)' singer dreams to not only tour around the world but also work with artists from all corners of the world.

“Isn’t it wonderful to cross borders using the universal language of music?” he says.

Through the years, Vũ has risen up the ranks of Vietnamese music. In fact, when you search up Vũ online, his name is often synonymous with the title of 'The Prince of Vietnamese Indie Music'. And with even just a quick listen to the singer-songwriter’s music, it’s not hard to see why.

When asked about how he felt about his nickname, the 'Her Summer' act shares, "It really shows how much love I have received. I really appreciate it and I don’t feel that much pressure because I am still me, the one that’s here to keep telling the stories that people are waiting to listen to." Moving forward, the talented singer-songwriter is getting ready to expand his incessant storybook of songs, starting with his highly anticipated sophomore album that's set to drop later this year. Until then, Vũ leaves us with his favourite lesson he's learned throughout his musical journey:

Work hard in silence, and let your music speaks for itself.

Listen to Vũ and Lukas Graham's 'Happy For You' here.