We've all had that phase being an angry, misunderstood teenager (some of you still are, hang in there!) We can all agree that music has been a huge help in giving us that outlet for a therapeutic respite that barely anything else could measure up to. We all had a variety of music that suited the worst days we had feeling like the whole world was against us. For some of us, metal was the answer.

Growing up in the mid-2000s, metal had already an established scene with many bands with different styles we could pick from. However, many of us were already enamoured with the new wave of heavy bands from the US that took metal and hardcore to new heights that fused them together to create metalcore. Killswitch Engage, Shadows Fall, Trivium, Unearth. They were earth-shatteringly heavy but had a great sense of melody that turned heads with each album. However, at the top of this stunningly putrid pile of metal was a band that glorified gothic imagery while still taking cues from Guns n Roses: Avenged Sevenfold. 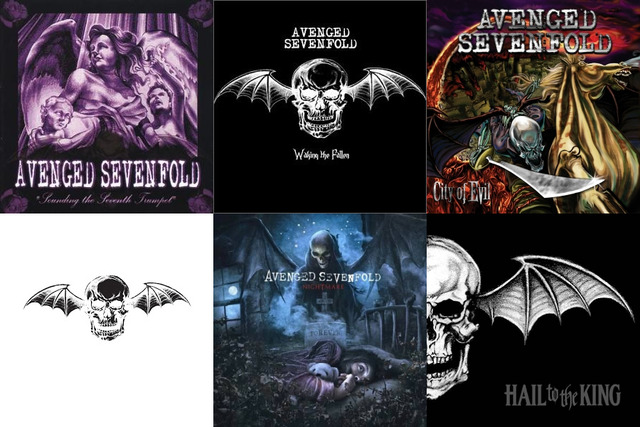 The Californian outfit, also known as A7X, quietly manoeuvred themselves into an already-burgeoning scene with a modest debut (Sounding the Seventh Trumpet) before exploding with Waking the Fallen, containing a single that has since been the band's trademark anthem: Unholy Confessions. However, in a sharp term of events, the band surprisingly abandoned their metalcore laurels to fully embrace a pure heavy metal sound. Since then, the band has done a plethora of mosh-worthy stadium anthems, heart-wrending ballads bordering on Broadway and even a country song.

Whether you may like A7X in their current form or not, you have to admit they've still been able to write solid songs that remain in the metal realm while still experimenting from time to time. Despite the unfortunate death of founding member The Rev, they've soldiered on with a new drummer and a new-found outlook for the band. They may not be metalcore anymore but they still have metal running in their veins. We've compiled a playlist of our favorite tracks from them: from the early metalcore hard-hitters to their modern hits!

Avenged Sevenfold will be performing at The Coliseum on 25th January 2015! If their 2012 show is anything to go by, we expect this gig to sell out as well. Tickets out 29 October at SISTIC!