The singer-songwriter is 28, super talented, and a Dad to boot. This may be a cause for major mourning if you are a lady between 14 to 25 years of age, or even outside the demographic. That velvety raspy croon, the notion that you may have found the one true (but with child AND in a long-term relationship) love of your life and if you are a man, you’re at a slight disadvantage as well because you are not James Morrison.

There is in fact a story behind Morrison's iconic rasp - ironically enough, a nearly fatal case of whooping cough that ravaged the then baby James is the purported cause of the distinctive vocals that so many are seduced by today.

Trivia aside, on to what that night's show taught me: It is almost impossible to dislike James Morrison - he is boyish, earnest, and radiates a palpable positive energy. It is even less difficult to like him when he is mere metres before you, bathed brightly in a riot of beautiful lights and owning the Esplanade concert hall's stage, utterly committed to the sole task of serenading. 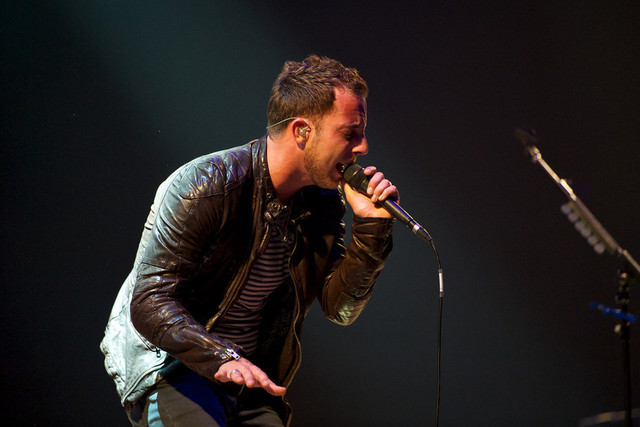 As with all successful performers, the native of Rugby, Warwickshire, is quite the natural on stage, prancing around with ease during songs, and comfortably winning the crowd over - be it with down-to-earth banter in between numbers, or by emphatically pointing the mic in our direction every so often, so we would sing along. He is irrepressible - like a happy-go-lucky boy-turned-man-next-door gone famous.

Good humouredly he joked with the audience about Singapore's unbearable heat: “So I took a walk in the Botanical Gardens today and probably lost half a stone! It's very nice, but so hot!” It doesn't hurt either, that his voice silkily caresses the eardrums, somehow oozing smooth and raspy all at once. His delivery of repertoire is full of candour: passionate yet delicate, insistent yet unimposing, personal yet completely relatable.

Morrison's style is a unique wholesome hybrid of groovy gospel, soul and pop-rock; encapsulated by songs that are truthful, contemplative, and melancholic, while retaining threads of optimism. Ultimately, they are sweet love songs. Such a magnetic combination of easygoing charisma and honest music-making is surely formidable. It is inevitable that you could be falling in love with the chap. Or his music-making. Or maybe both. 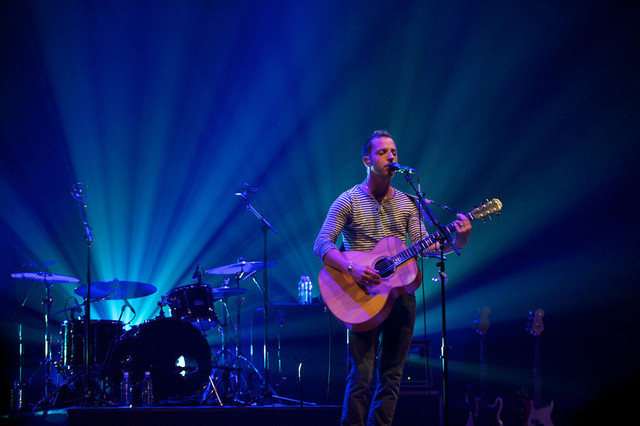 So maybe the girls were just more vocal. Based on scientific laws of wave frequencies, it makes sense that soprano screams just carry more forcibly than manly calls of appreciation. Although couples were aplenty among the audience, it felt and sounded like ladies outnumbered gentlemen in the house.

'Broken Strings' takes the cake for winning number of the night: it had me riveted, and doing a metaphorical heart clutch. Occurring around the show's halfway point, it featured a stripped 3-piece lineup, including one keyboard, the electric guitar, and Morrison himself playing the acoustic guitar. A post-concert conference with some girlfriends provided confirmation that it wasn't just me - the charged rawness of Morrison's unmistakably classic rasp had done it; had sliced right through the instrumentals and broke hearts across the concert hall with its devastating bare beauty.

Other personal favourites from that night include slower-paced content, such as 'I Won't Let You Go', and 'In My Dreams', which endeared Morrison to the audience quite early on: “It's for me Dad”, he shared, before dedicating the song to anyone in the audience who had recently - or ever - lost someone dear. For me, it is the culmination of these more vulnerable numbers that are most memorable.

Being a whopping eight-piece lineup is reason enough to give Morrison's band special mention. Complete with soulful powerhouse backup vocalists Beverlei Brown and Sara-Jane Skeete, the two perfectly synchronized glamour babes of an otherwise all guys ensemble, the full Morrison The Awakening tour lineup also constitutes two Richards - Caldwell and Milner, on first and second keyboards respectively; two Matts - Round on bass and White on electric guitar; and Neal Wilkinson on drums. 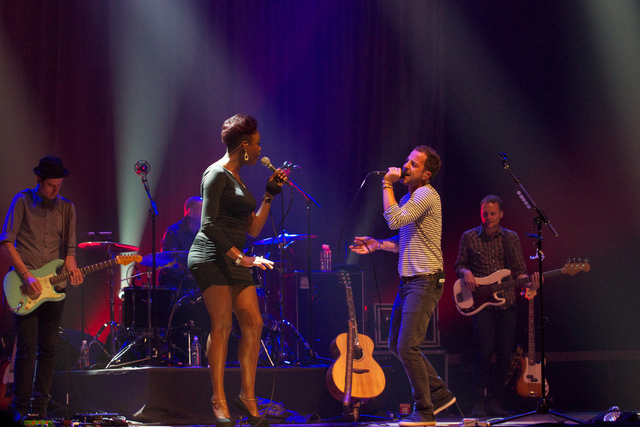 As the show drew to its end, Morrison's performance of the better known 'You Give Me Something' prompted an audible 'James! You give me something!' - clearly a chick - mid-song, to amused giggles from everyone else in the audience.

And of course, it wasn't really the 'last' song of the night. This turned out to be 'Wonderful World', the second of two numbers that the band dished up for the encore. It sure provided a satisfactory final refrain: I for one, floated serenely from the concert hall with Morrison's soothing croon lingering in my ears - 'And I know that it's a wonderful world/When you're with me'.