From the band’s last appearance here to their show just last week, Yellowcard have been through some rocky waters, with a skiing accident leaving singer Ryan Key’s fiancé (now wife) paralysed waist-down, and the departure of founding member and drummer Longineu Parsons III. Nonetheless, Yellowcard have soldiered on, with a new album titled Lift a Sail. Since enlisting Nathan Young from Anberlin to track drums on Lift a Sail, the band have picked up a couple of touring drummers and toured relentlessly ever since.

Last week’s show was their second one, with their first being about two years ago. Still, the crowd was back, and bigger still, even on a Wednesday night. We’re all suckers for nostalgia: we wouldn’t miss out on a night of teenage anthem sing-a-longs. The night began with openers Sign of Five (previously Dropbeat Heartbeat). These guys sure knew how to entertain a crowd; playing a selection of covers including 'Stacy’s Mom' and 'Teenage Dirtbag'.

When Yellowcard took the stage, they wasted no time getting into the swing of things, blasting through the first three tracks off Lift a Sail. Yellowcard’s new sound is an interesting one – it’s slowed down, more stately, and brings a new weight to their sound I’ve never heard before. The guitar riff that sets off 'Transmission Home’ reminded me a little of Switchfoot’s set here when they played 'Stars'; this band sounds like they’re ready to sell-out stadiums worldwide. Still, there was no shortage of hits; the band played through songs such as 'Lights and Sounds' and 'Light Up the Sky', and the whole time the audience was jumping along. Ryan Key was quite the frontman, interacting with the audience, yelling things at us like “If you wake up tomorrow morning, and you still have a voice, you obviously did something very, very wrong.”

Things slowed down when all of Yellowcard except Ryan Key left the stage, leaving him sitting in front of his piano. Dedicating the song to his wife, he started 'California'. The audience went quiet, some of them lifting their phones in the air. And then, with a short goodbye, Ryan Key left the stage. Of course, there had to be an encore. So as expected, the band played 'Ocean Avenue', and although a catchy one, we knew this would be the last we’d be hearing from Yellowcard. Hopefully they’ll return for another memorable night. 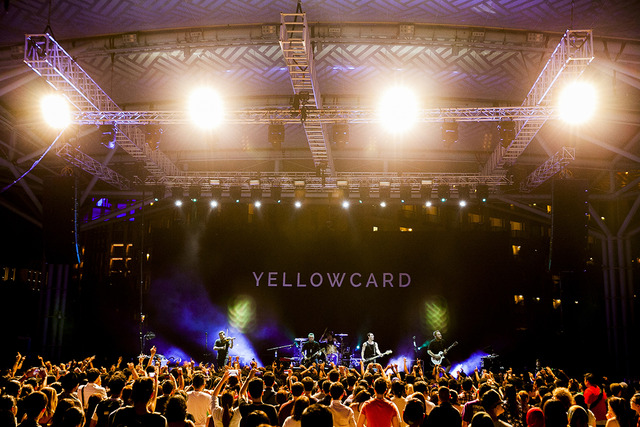 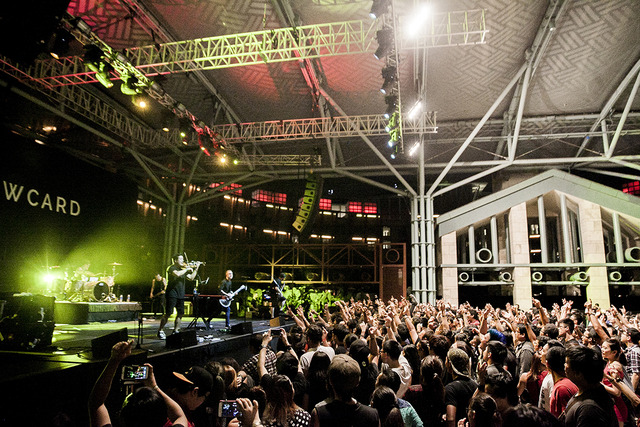 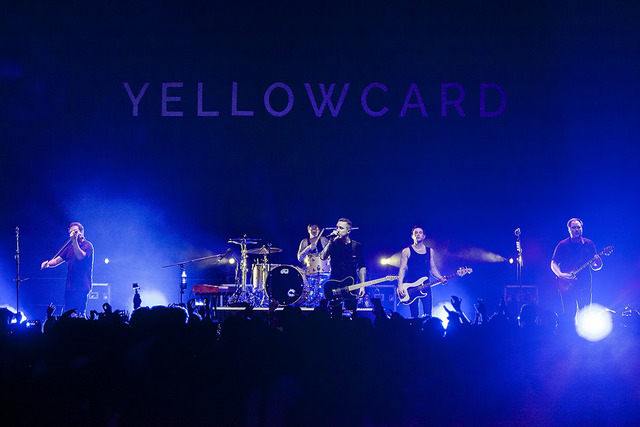 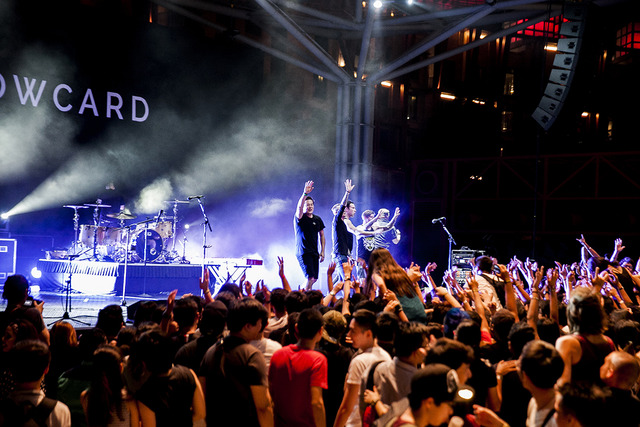