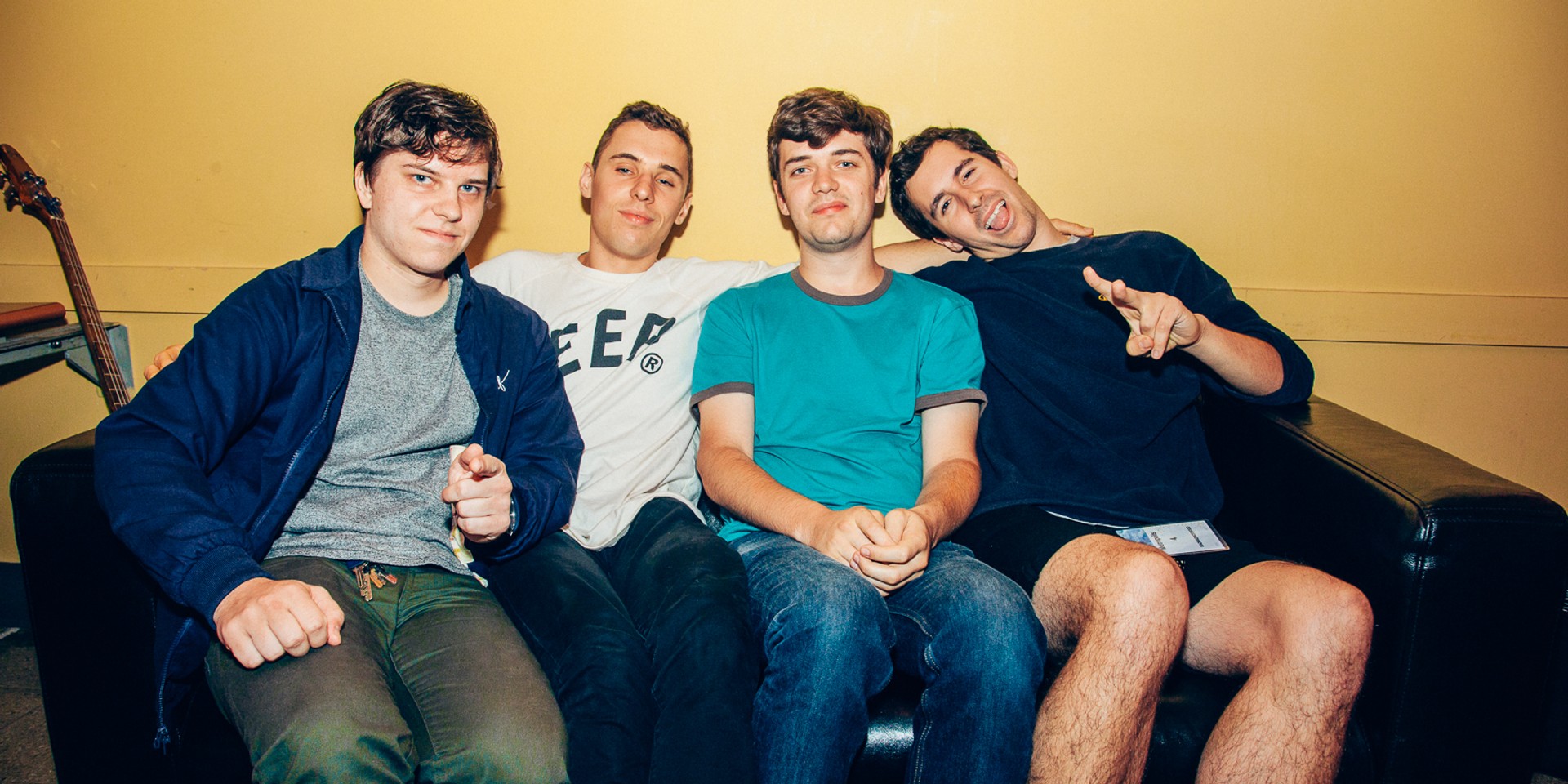 Obviously, it would do a great disservice to label them a former "hip-hop cover band", but it's undoubtedly a big part of the foundations that formed BADBADNOTGOOD.

Formed by Matthew Tavares, Alex Sowinski and Chester Hansen, the trio came together over their love of hip-hop as they enrolled in the Humber College jazz program in Toronto, Canada, with names such as Odd Future, MF Doom, Waka Flocka Flame and A Tribe Called Quest being shared obsessions.

"I think we all just wanted to continue music after high school because we loved playing, and wanted to learn more," says Chester, of their ambitions when they entered Humber College. "This path [of performing under BADBADNOTGOOD] that came to us was so unexpected."

Recording a creative and dexterous cover of Gucci Mane's 'Lemonade', and eventually releasing it on YouTube, it got the attention of Odd Future's Tyler, The Creator, who became an instrumental part of their early viral success, and became an eventual collaborator.

Debuting with the covers-heavy studio album BBNG, it sparked a long road of a master stroke that continued with this year's IV, a stunning collection of all-original compositions that's easily their most varied and mature effort to date.

The band are no longer living under the expectations of pleasing a hip-hop crowd, and instead, they've amassed their own dedicated fanbase that might otherwise not be listeners of some of the band's biggest jazz influences.

"We’ve been focused on original music for the past few years, we rarely play hip-hop covers now," says Chester, who primarily handles bass duties in the band. "It was a really valuable experience to play those songs so much. It taught us a lot about composition and trying to make songs that resonate with people."

BADBADNOTGOOD live within a musical niche — performing jazz fusion with strong elements of hip-hop, electronic music, funk, post-bop, soul, free improv, and in their latest album, prog rock — and yet, they've had moshpits at their shows, earned fans in RZA and Frank Ocean, and it has earned them a sizeable spot in a modern jazz resurgence — one that successfully juggles both sophistication and accessibility. 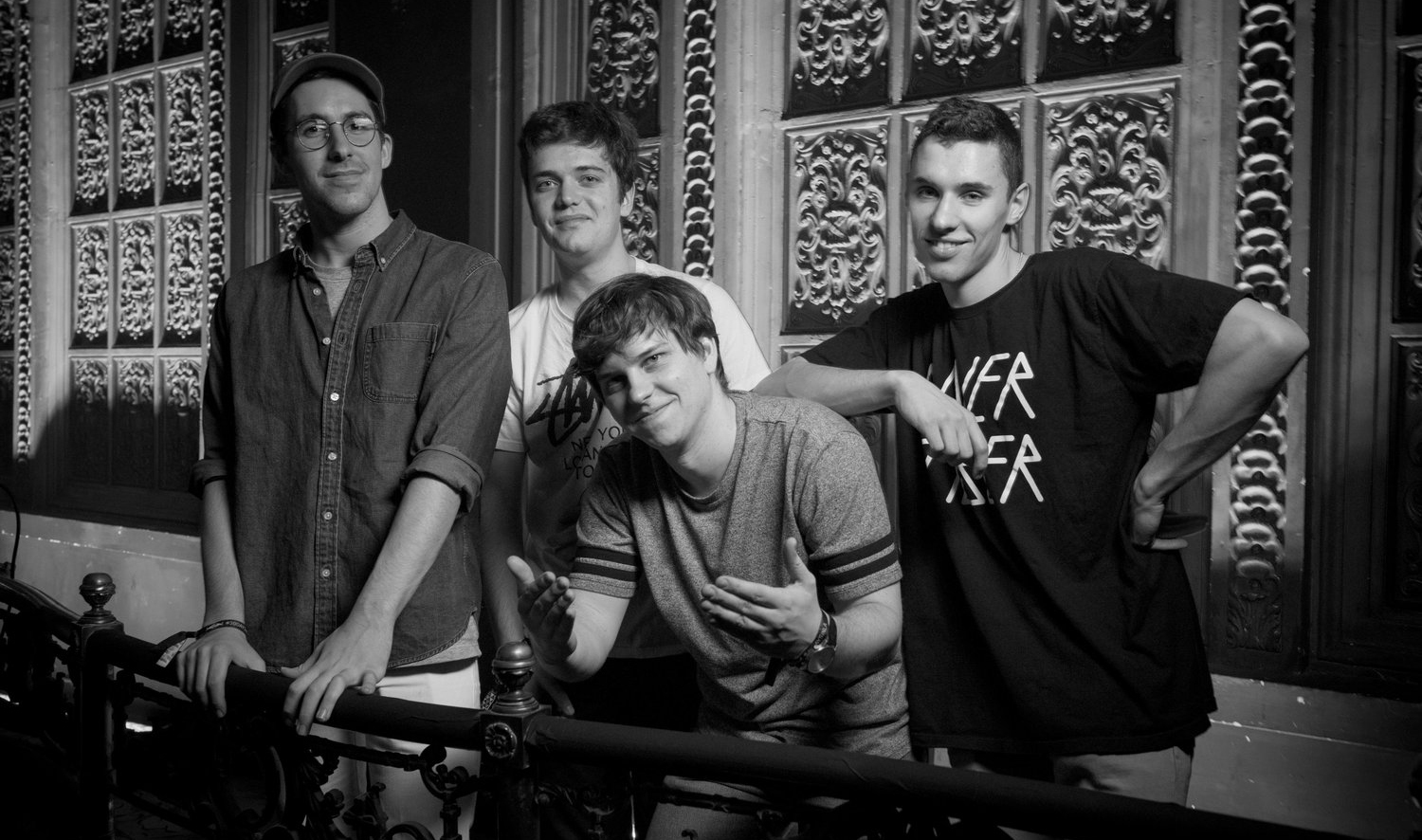 We’re always trying to improve on the music we’ve made before, and especially because IV was our second all-original album, there were a lot of struggles with making it."

The biggest leap for the band so far has been attaining saxophonist Leland Whitty as their official fourth member. Originally a frequent collaborator, Whitty shines in IV and adds a layer of enduring charm to their sound, which notably sports a vintage, warm sheen on this album compared to the smoky, impenetrable aura of III.

Indeed, with a saxophone permanently added to the mix, the band had shifted focus on IV to a looser, jam-oriented sound that moves them further away from their beat-driven origins.

However, their ties to the genre are stronger than ever — with appearances by acclaimed producer Kaytranada and rapper Mick Jenkins on IV, along with their recent full-length collaborative album with rapper Ghostface Killah, it's evident the band are still keeping tabs on the hip-hop world and are readily moving along with it. On Mick Jenkins, Chester says, "I think he is one of the most important figures in hip-hop today."

"His social and political message alone is so needed right now," he continues, "not to mention him being an incredible rapper and artist. It’s great to see him get the recognition he deserves around the world."

As the band had already abandoned covers by the time they made their 2014 album III, Chester admits that the process has been a daunting one, albeit one that was overcome with the band's unyielding positive outlook.

"I think our own pressures we placed on ourselves were nerve-wracking enough," he laughs. "We’re always trying to improve on the music we’ve made before, and especially because IV was our second all-original album, there were a lot of struggles with making it. We just had to keep creating different things and moving forward and it all came together in the end!"

How do they keep going then? "We still try and keep a lot of the same attitude we had back then [in college]," he says, "which is just to have fun!"

And being in their early 20s, the newly-inducted quartet have even grander plans to move forward.

"We absolutely love producing," Chester says. "Our dream is to get into doing full albums for vocalists/rappers, or at least individual songs. We have an amazing studio space in Toronto that we’ve been crafting away in, and we love anytime there’s a chance to work with other people. It’s a great opportunity to stretch out and let all our various musical influences shine through."

With their upcoming set at Neon Lights Festival being a sudden return to Singapore, following their debut set at SingJazz 2016, the band are unequivocally stoked to be a part of the line-up. "We’d, of course, love to see George Clinton and Parliament because they’re legendary," Chester admits. "Sigur Ros and Yuna would also be amazing to see!"

BADBADNOTGOOD will be performing on November 27th at Neon Lights Festival 2016 in Singapore. Check out our full comprehensive guide on the festival here.

The band will also be performing a headlining show in the Philippines on November 22nd at The Black Market.