After a mad two months of non-stop festival gigs and the sorts, March is definitely more focused on the individual acts. Unless you’re talking about the Future Music Festival which is going to be quite a massive dance party! But whatever your preferences, there’s gonna be something for everyone to check out.

Lindsey Stirling is no ordinary lady on a fiddle. Taking classical music into the future, she fuses her violin playing with big electronic beats - you can even discern that bit if dubstep in some of her songs, as well as adds in her own choreography in her own performances. Yup, she’s a dancer too.

With a lineup that spans classic visionaries to modern contemporaries, the Singapore International Jazz Festival 2015 aka Sing Jazz 2015 promises to be bigger and better than ever before. Catch jazz veterans like Ramsey Lewis and Bobby McFerrin alongside pop-fusion superstar Jessie J and modern jazz ensemble Snarky Puppy — just a little taste of what you can expect from the lineup, which boasts a total of 41 quality international and local acts.

One of the few men in the world who’s able to command an arena-sized crowd with nothing but an acoustic guitar, Ed Sheeran famously sold out all tickets for his first Singapore show in 8 hours. While we know there are many of you who unfortunately missed out on snagging one, let’s hope the organisers will release a few extra seats soon!

New home, new digs, but the same party spirit. Looks like nothing will stop Future Music Festival Asia from putting on a spectacular show. Promising “the best festival you’ve ever seen in Singapore”, the FMFA team are definitely raising the bar when it comes to festivals — there’ll be carnival rides, a mega stage, the option to experience a luxurious time under VIP status, class acts including homegrown artists and so much more.

The Gathering with Erlend Oye

Best known for making music under the group monikers Kings of Convenience and The Whitest Boy Alive, Norwegian musician Erlend Oye will now be back in Singapore under his own name to mark the release of his second solo album Legao. While this will officially be the fifth time he’ll be performing here (must be a new kind of record), expect brand new songs flavoured with his signature laid-back demeanour.

FFO: any project Erlend Oye has been in, Flight Facilities, Sondre Lerche

Upsurge Productions, riding high on a sprawling list of successful shows in the metalcore/post-hardcore realm, comes through with their biggest show yet: Incubus, back after a well-received show in Singapore in 2008. This time, they'll be tearing the roof off the Hard Rock Coliseum in Sentosa. Fans will be able to hear the old hits like 'Anna Molly' and 'Drive' along with new tunes that Incubus is planning to release in this coming months.

Starting out with a revolving door of international musicians, The Ocean are now an established band in the ever-growing world of progressive metal. Endearingly known as The Ocean Collective, they’re best known for their crushing post-metal soundscapes and ambitious concept albums. Now they’ll be making their Singaporean debut, after previous successful tours in China and Thailand.

FFO: Dream Theater, ISIS, Between the Buried and Me

A cherished favourite that defies single genres, Pink Martini will be returning to the Esplanade. With a sound that traverses jazz, classical, folk, pop and world music, they’ll be bringing back their invigorating live show that was very popular in 2010 with both traditional crowds and young faces.

Our favourite Danish rock band, Mew will be back here bringing along their tunes from their new album. If you were at Camp Symmetry belting out fan favourites, “Comforting Sounds”, “Special” and “Zookeeper’s Boy”, you wouldn’t want to miss their set here on March 30. We definitely can’t wait for this!

One of the more surprising gig announcements of the year, we'll actually get to see Crosby, Stills & Nash live at The Star Theatre. The legendary folk rock group are embarking on a world tour this year and they've decided to embark on our territory for only one night. Made up of members from other massively influential groups (The Byrds, The Hollies, Buffalo Springfield), the group's legacy is understated — their impact is still felt today with modern acts like Bon Iver and Fleet Foxes along with kickstarting the success of generations of singer-songwriters.

The Gathering with Rhye

The duo made up of singer/producer Mike Milosh and producer Robin Hannibal, make ethereal R&B that is intimate, dark, and mysterious. Milosh’s voice, an elegant and graceful countertenor, brings you places. It’s gentle, soothing music that makes it easy to get lost in. Best enjoyed in a chilled, dark room.

Singapore’s first lifestyle beach festival that features team sport like beach soccer and beach volleyball, a Zumba session, and a dance party. Intrigued? You should. Think of it like the super healthy version of a mini Zouk on Siloso Beach.

Starting out as a low-key acoustic singer-songwriter, Brooke Fraser created a niche for herself and is now ready to break away from the accustomed sound for her 4th studio album. Check it out for yourself when she hits the stage in Singapore. And if you’re looking for free tickets, we have something for you. 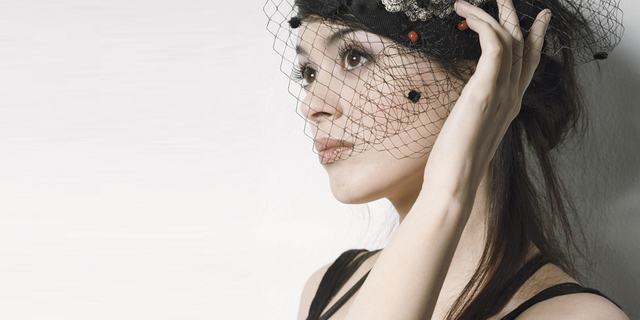 Making her first-ever appearance here is French pop star Emilie Simon, an artist known for her bold, experimental blend of electronic and pop music along with stunning vocals. With a discography that features both French and English songs, you'll guaranteed to be spellbound.

Boybands have survived the test of time, as we’ve witnessed all the NSYNCs, A1s, NKOTBs, (and more) through the years. Joining the esteemed league of boybands, One Direction are a phenomenon. Starting out from a talent contest, they’ve achieved a lot — chart-topping hits, sold-out concerts, legions of fans, and countless “Larry Stylinson” conspiracy theories.

Gloriously melodramatic, Rufus Wainwright plays the piano and performs like not other. Always wearing his heart on his sleeve, he is pensive, sassy, at times humorous, and always heartfelt with his music. Majestic melodies, a rich voice that commands your attention, and soaring choruses, Rufus is always a joy to watch.

Local alt-prog band Bear Culture will be releasing their album this month at the Esplanade Theatre Studio. They will be joined by fellow local alternative outfit, sub:shaman, who just played an amazing set at the Dirgahayu show. Having had quite a history performing many gigs over the years, they've finally gotten together to release a debut album — one that shows a lot of promise through teasers and a recently-released music video.