Having made it through all the SG50 related festivities in August, you must be thinking of taking it easy on the gig front for September. No such luxury, we’re afraid – especially with so many hot ticket concerts taking place this month. There’s something for all music genre lovers, from Top 40 lovers right through to the mosh-ready metalheads. Hence, grab that trusty wallet as we highlight the best musical offerings that the month has to offer.

A Place to Bury Strangers

Better known as APTBS, New York-based noise rock band will be performing at Blu Jaz Cafe on September 1. Having just released their new album Transfixiation, the three-piece band will no doubt be bringing their new atmospheric, fuzz-filled sound to local fans.

For Fans Of: The Jesus and Mary Chain, Godspeed You! Black Emperor, Ringo Deathstarr

Formed in the 1980s’ in Marseille, France, IAM is one of the forefront French hip hop acts around. Tackling social issues such as racism, inequality and such, the five-member strong crew IAM is led by Akhenaton. Have a listen to their classic, ‘Je Danse le Mia’ if you need more convincing.

While She Sleeps Live in Singapore

Having toured extensively since 2009, metalcore band While She Sleeps is coming to our shores with their spanking new album Brainwashed. If you are looking for a good dose of heavily down-tuned guitars, thick bass, shrieking vocals and high speed drumming, then don’t miss out.

FFO: Bullet for My Valentine, Hatebreed and Slipknot

And the metal mayhem continues in the form of another gig with French hardcore punk band, Birds in Row and Californian death metal rockers, Xibalba. They will be joined at Aliwal Arts Centre by a slew of local metal bands such as Losing End, Buzzkill and more.

It’s always a crowd pleasing platter of international musical acts when it comes to our F1 entertainment. And this year is no different. While most young audiences will no doubt be ‘Happy’ with pop singer/producer Pharrell Williams, the older crowd can look forward to the ‘80s pop stylings of Spandau Ballet. As for the rock fans, Adam Levine fronted Maroon 5 as well as ‘80s legends, Bon Jovi will bring the necessary energy to proceedings. And best of all, Grammy-winning ska and reggae musician, actor and producer Jimmy Cliff will also be in town to round off the F1 performance bill.

After all the speculation, EDM fans can now rest easy in the fact that the coveted EDM festival franchise is finally in Singapore. Promising a night of thumping basslines and gut busting beat drops, the first local installation will see DJs such as Skrillex, Alesso and Nicky Romero take to the decks. Having tasted first-hand what Skrillex is capable of at last year’s ZoukOut, be prepared to for a night of mind blowing visuals accompanied by his brand of house and electro tunes. While Alesso, having just dropped his debut progressive house album Forever, will be up to demonstrate why he was ranked 15th in DJ Magazine’s Top 100 DJs. 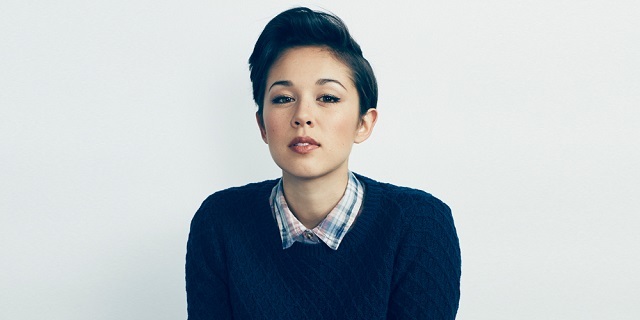 Fans of YouTube sensation, singer songwriter Kina Grannis will be thrilled to learn that she will be back in Singapore for one night only. The Los Angeles-based artist will be performing new material from her latest album Elements. Plus, you don't want to miss her opening acts consisting of long time collaborator Imaginary Future and Singapore's very own Gentle Bones! So if you missed her the last time around (in 2013), then be sure to catch her in the flesh this time round.

Sick of It All with King Ly Chee

A night unlike any other, this double bill at Aliwal Arts Centre features four-piece American hardcore punk band Sick of It All and Hong Kong's very own hardcore King Ly Chee! Besides a landmark China tour, Sick of It All will also be playing material from their latest album Last Act of Defiance.

Having released the much anticipated album Drones, alt-rockers Muse are back to bring their exhilarating guitar hooks, over-the-top staging and electric stage presence to the Singapore Indoor Stadium. The last time Matt Bellamy and co dropped by town, we were engulfed into a cosmic rock opera that never really let up. Here’s to more of the same!