We've always been intrigued by the fresh, unconventional tunes put out by Atlas. We weren't the only ones though; even five-time Grammy Award winning record producer Steve Lillywhite was taken in by their self-declared "indie-experimental-ambient-textural-angular-multi-hyphenated music" when they were invited to the Yellowbox Studios sessions. After a couple of years playing gigs at venues such as the Esplanade, Aliwal Arts Centre, Beer Market, Lowercase and many more, they've finally announced the launch date for their much-awaited full-length album Here Be Dragons on 15 March. We chat with the sextet about the struggle of making their record, math-rock fascination and their diverse sonic influences.

Hey guys! Really excited for the new album. Tell us about your recording process for Here Be Dragons.

Cath: We spent 2 weeks at Snakeweed Studios with Leonard Soosay who recorded and produced the album. It was quite an experience as we were juggling work, school and other commitments in order to record this album. For me it was shuttling between work in the morning at Clementi and recording in the afternoon at Kaki Bukit, sometimes till late. It was quite trying at times, but I guess we can all say that was worth it.

fiQ: The planning actually began a solid 6 - 7 months before recording. It was hard to get the scheduling right when we wanted EVERYONE to be in the studio whenever someone is recording. On top of that, we had to research on several different producers to hear how their sound is like with different bands. We liked what we heard with Leonard so we managed to work with him. Studio life was pretty fun and we even rearranged some stuff in the studio. In fact, the drums for 'We Edge Closer to the Start' were recorded before the song was truly completed.

Zac: This was definitely relatively new territory for us, recording so many songs in such a short period of time, and it also opened our eyes to the various aspects of recording that people don’t really think about when they hear that a band is recording. For example, the decision of whether to record each instrument separately and in which order, because we couldn’t record the same instrument track for one song on different days. 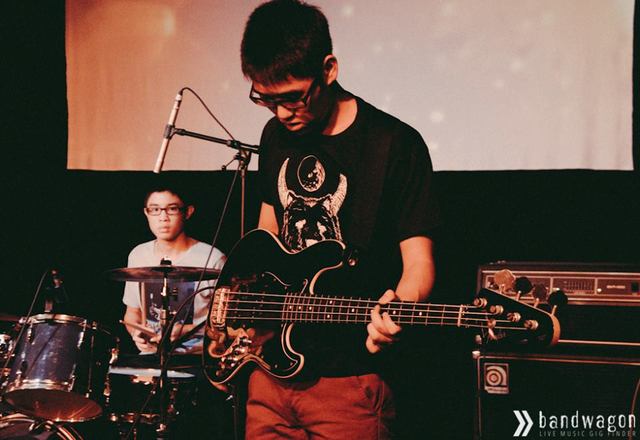 Sad to hear that this album will be the last one for a few members of Atlas...

Jiang: Tim (bassist) and I will be heading over to UK for university this September. The band would probably be on the look-out for new members.

Mudd: We probably will.

Why did it take a few years to release this album?

C: It's like a travelogue of our lives. All of the material in the album comes from our personal experiences, all of them true. It took years to come up with material for the album simply because we had to grow up in order to write the songs that we've written.

F: What she said.

We notice the huge math-rock influence in your sound - what is it about the genre that you love?

F: A consistent theme in math rock would be the use of unorthodox time signatures – we like the idea of incorporating such elements to our music. As a guitarist, I like the quirky, upbeat feel of the angular riffs in Western math-rock bands (TTNG, Giraffes? Giraffes!, Enemies) and the haphazard strumming/mad-riffage of Eastern ones (Tricot, Lite, 3nd). Hence I constantly challenge myself to come up with stuff that pays homage to these wizards (except TTNG; that guitarist be cray). 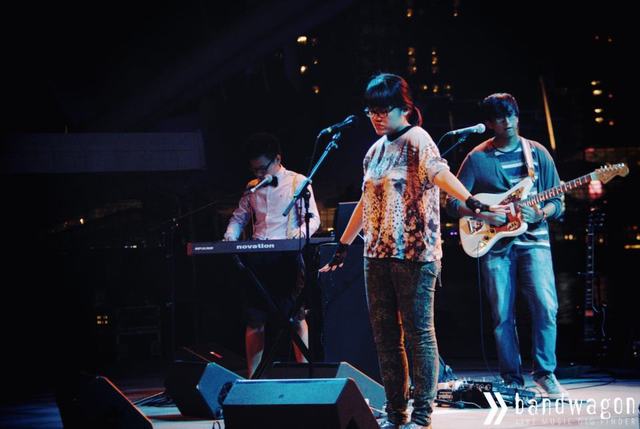 Z: As a classical piano player, changing time signatures and keys are a staple in contemporary classical music and can also be seen in the mid-late romantic era, which happen to be 2 of my favourite eras for classical piano music. I therefore try to infuse a little bit of that into Atlas because I realized that if those classical pieces can hold up against test of time (usually) without lyrics, how much more so would ours – with just the right balance of the ingenuity of the great composers and Cat’s lyrics.

Atlas encompasses a huge variety of music styles in the sound - what other genres or music instruments are you guys interested in exploring in the future?

Z: My keyboard has a huge library of different sounds and ‘instruments’ already, so the next step for me would be to get another keyboard/midi controller so that I can be even more versatile with my sounds. Or maybe a bowed string instrument, since that’s one of the things that my keyboard can’t emulate well at all.

F: I have to really improve as a guitarist first so that I can incorporate complex tapping stuff ala TTNG, Tangled Hair, and Six Gallery. As for instruments, I’m not sure. There’s too much to learn as a guitarist I don’t think I can seriously pick up another instrument. 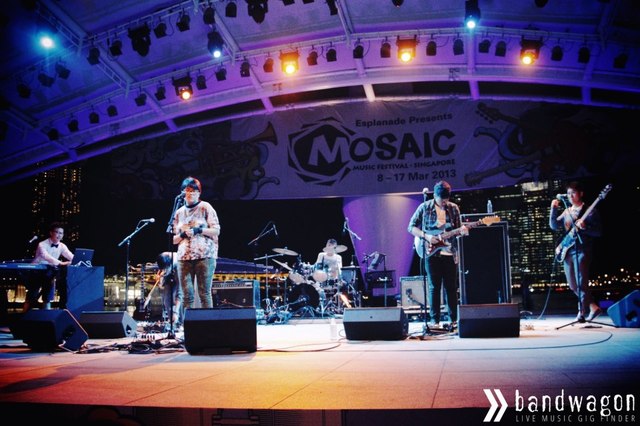 What's in store for Atlas after the album launch?

F: It’s going to be tough to say. We have one major gig TBA, but after that we’d have to headhunt for new members again. We can’t truly build on the momentum from the album launch since Mudd will be on exchange overseas for a semester, and once he is back Tim and Jiang would have left for Europe.

It’ll be really really difficult to find another bassist and drummer, but we can definitely say that the sound would change with new members. It’s another reason why this album is an important memento to us; all the tracks we have been playing at shows have been captured in this album (we have another track some friends love called The Harmonist which we recorded separately as part of SGMUSO’s Steve Lillywhite Production Week).

F: Early Atlas was more indie and post-rock-ish (before math-rock consumed us) and Bombay Bicycle Club’s I Had the Blues But I Shook Them Loose was actually quite important to our songwriting. However, a few of the songs we wrote during this period (“Get Some Direction”, “Bombay”) never really saw the light of day since we immediately went into math-rock and realized the sound wasn’t quite “us” in a way. They were nice songs but the phase lasted for too short a time. In fact, only one song survived the scrapping onslaught (no points for guessing which).

J: Right now I’m listening to the album Green from New York band Drew ofthe Drew. They have two amazingly versatile drummers playing on the record, namely JP Bouvet and Ian Barnett who have had a great influence in my own playing. The album contains an eclectic mix of genres; anything from dubstep to RnB and even folk. Favourites from the album would be “Cry, Die, Fly” which includes a really tasteful solo by their guitarist Maddie, “Pull Me Down” and “My Fire”.

F: Dios Trio’s High on Bikes would be influential to me in writing my riffs. They have a nice blend of both Western and Eastern math-rock riffs and really cool right-hand technique. Songs like “Japan”, “Pip”, “Squeak”, and “Spoons” illustrate my point. Plus, many of their songs have multiple segments with, making their compositions dynamic and deep. We have some songs like “Attractor Dynamics”, “East Oriental Club”, “In(Im)Polite Company” and “Land Over the Sea” for example that have several sections. I like it that you could listen and as you near the end of the track, you kinda wonder how we got there compared to how the song started.

C: Total Life Forever by Foals. Hands down favourite Foals album although we can all agree that the three albums they have put out so far are really good. The lyrics in 'Blue Blood' always hit a raw nerve, and the breakdown sends you into a tizzy. 'This Orient' is another stellar track and the intro never fails to bring on a smile. The amazing thing about this album is that there are two different sides to it but they complement each other beautifully: the somber, hard hitting first half and the dancey second half really makes this an album for the ages.

Amateur Takes Control | You, Me and the Things Unsaid

F: To add a local flavour, I would say You, Me and the Things Unsaid by Amateur Takes Control. I like some of the guitar shapes they used frequently in the album that inspire some of the lines I have written in Atlas. They’re really on a different level and it’s a shame that their newer, more mathy stuff weren’t released. I think we can agree that the band was in awe of them during the gigs we managed to catch before their unfortunate disbanding.