All suited up, after opening acts For This Cycle and Pleasantry and some crowd banter, the lads from Cashew Chemists finally take the stage. Last Sunday, Beer Market was overrun by a gaggle of enthusiastic patrons, some for the $3 chicken wings, some for Sunday beer, but really we were all here to celebrate the EP launch of Cashew Chemists. It was fun to see people switch from proper dancing during 'Over You' to slow sway-dancing for 'Run For The Sunset' and the band mixing it up a bit with a great rendition of The Strokes' 'Someday', and it was funny to see the boys of ANECHOIS clamoring for the button giveaways (great success) and the very intense call for an encore. Good times. We catch up with the band after a memorable night.

Run through how the past year has been like for the Cashew Chemists:

The past year has been so good to us, right from the moment we sent our demos to Baybeats to where we are right now. We say it's been an amazing adventure this past year, with all the people we've met along the way and experiences we've had. These lovely, passionate bands & people (like you guys) never fail to inspire us and keep us going in what we do. It feels like it's the roaring start to a wonderful dream. 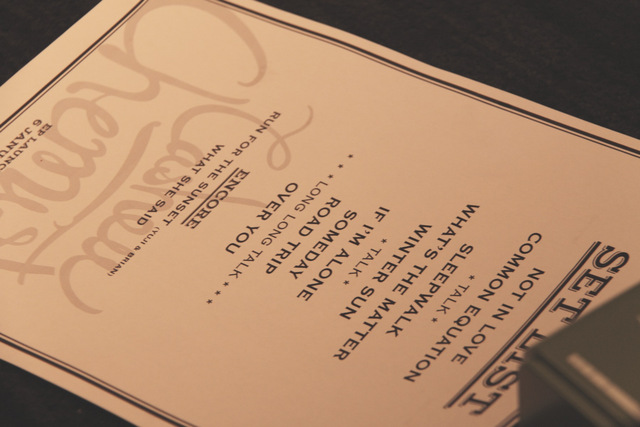 You guys ran a successful crowdfunding campaign to produce the EP. Besides getting the EP done, how do you think crowdfunding can be useful for musicians in the future?

Well honestly, we initially approached the crowdfunding initiative to see how it'd actually work out and see for ourselves what the deal was about with crowdfunding. We were also a little short on the funds needed to record the EP so I guess that was the catalyst for the crowdfunding site being put up.

To be honest we aren't exactly in the position to judge if crowdfunding is good or bad for a musician - but we know one thing for sure - we made a promise to ourselves that we'd make damn sure the material we were putting out justified the support we got from our pledgers.

Did you have any trying moments making the EP?

Haha, there were quite a few in the early stages. Mainly involved a lot of squabbling over time constraints and taking our mixes a little too seriously. After slowing it down and taking a step back, we were able to listen to our mixes with a cool ear and yknow, just chilling out with the already recorded parts and just letting the melody work it's magic.

You guys are definitely a dapper lot onstage, do you have a strong idea on how you want to present yourselves visually?

We're all fans of everything oldie (we take our cultural cues from the age of Beatlemania). Back then the bands were essentially entertainers who were obliged to be pleasing to both the ears and the eyes as well.

Well actually, we don't usually wear suits and all that when we get up on stage to play, but this EP launch marked a certain milestone in the band that we could not bear to see not paying tribute to the love of the culture that got the band together in the first place. 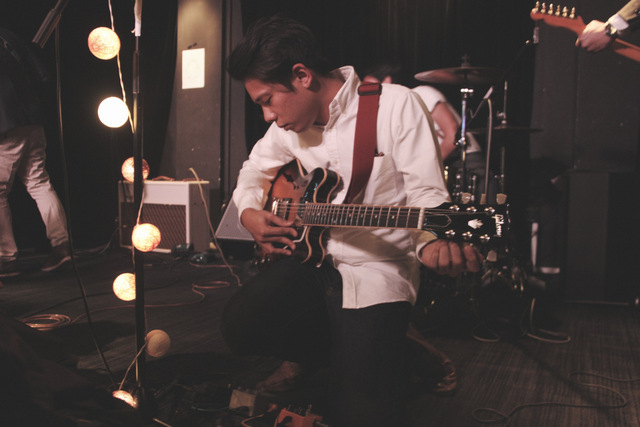 What tenets do you hold as a band?

Get on stage - Play good, look good and feel good. Have a blast and make sure the crowd has a rollickin' time with their dancing shoes on.

Get off stage - Be who we are, just 4 boys with a love for making rock'n'roll music. Keep it real because being a prick with an ego takes too much effort.

Keep writing, keep playing and meet more amazing people all over the world. Or we could try appearing on the next RockBand game.

When this album first came out, we all secretly wanted to be like the Strokes. They influenced us so much, from the attitude, to even the guitar riffs that Brian writes are reminiscent of Albert Hammond Jr's.

We always end up jamming to 'Slow Dancing In a Burning Room', can't stop - even if we tried. Once anyone starts playing the first note, we spend at least half an hour trying to get out of the intense solo action Brian comes up with. That aside, the whole album was pretty amazing in songwriting and I mean, who doesn't love John Mayer?

Chris Owens sure did some magic on this album. We've had this one on repeat so many times we can't even count. There was a period where it was playing In the car, in our homes, in the studio, everywhere. Such honest songwriting with melodies that we love.

When we first heard Little Joy, it was love at first sight (or listen). The songs are so catchy and they're so frickin' chill. How can you not be happy listening to Little Joy? Everyone needs to listen to Little Joy. Really, you can thank us later.