Trained at the prestigious Manhattan School of Music, pianist and Hammond organist Chok Kerong has quickly risen to become one of Singapore’s jazz scene’s foremost figures in recent years.

Despite already having distinguished himself at several high profile recitals and festivals, Kerong’s true coming out party came in the form of his outstanding debut album, Good Company. Within those ten sublimely arranged and unabashedly old-school compositions, Kerong instantly established himself as a formidable bandleader, capable of drawing the best out of his vastly talented sessionists to form an invigorating sonic palette that evoked everything from 60s-era Blue Note to R&B to post-bop.

More recently, Kerong has been prolific with his own Kerong Chok Trio and as the organist for Charlie Lim’s band The Mothership (among many other ventures). And come the 11th and 12th of September, Kerong is set present his opus, entitled ELEVEN, at the renowned Esplanade Recital Studio.

Backed by a veritable all-star team, made up of legitimate world-class musicians, Kerong’s original compositions seeks to meld jazz, soul, R&B and even a dash of classical chamber for this one of a kind performance. We caught up with one of Singapore’s most underrated talents for quick chat, just ahead of his Mosaic Music Series showcase.

Hi Chok Kerong! Of all the instruments you could have picked up as a kid, what initially drew you to the piano and the Hammond organ?

My parents put me on piano lessons quite early on. I don’t recall ever asking for it specifically, but after I took up the instrument, I guess it stuck!

I started becoming seriously interested in the Hammond organ in my early twenties. I had been playing in situations that required me to play bass using a synthesizer, and later on I discovered that the Hammond organ tradition incorporated some of the ideas that I was toying around with. It is an extremely expressive and dynamic instrument.

How did you first fall in love with jazz?

Well, the turning point was when my teacher at the time, Dr Eugene Dairainathan, brought in a score of “Spain” by Chick Corea. I was about 14 and had never heard harmonies like that before! I went out to look for a recording of it, and found a live recording of Return to Forever performing it. It was a 14 minute version, and the score that I was reading was only 3 or 4 pages! That’s when I thought to myself, “ I have to figure out what was going on here, something’s not represented on the page…”

We’re guessing “The First Day Of School” from your debut album was about your first day at the distinguished Manhattan School of Music. What was your educational experience there like?

My experience at Manhattan School of Music was fantastic. I was surrounded by peers who were functioning at the highest level, and I learnt so much about discipline and work ethic as well. I was forced out of my comfort zone continually, which was exactly what I needed.

You’ve worked with a number of jazz greats over your decade-plus career. Who has been some of your favourite people to work with and why?

The gigs that I did with saxophonist Steve Wilson were a highlight - to work with someone with so much experience under his belt was a true privilege. I also really enjoyed playing with guitarist Yotam Silberstein. When we were on stage, there was a remarkable openness and level of communication that made it particularly memorable.

Your forthcoming showcase at the Esplanade Recital Studio, entitled ELEVEN, is described as your “most personal statement yet”. How so?

I’d been thinking about writing for and performing with an ensemble such as this for quite a while. It’s a dream come true for me to present my work in such a great venue. 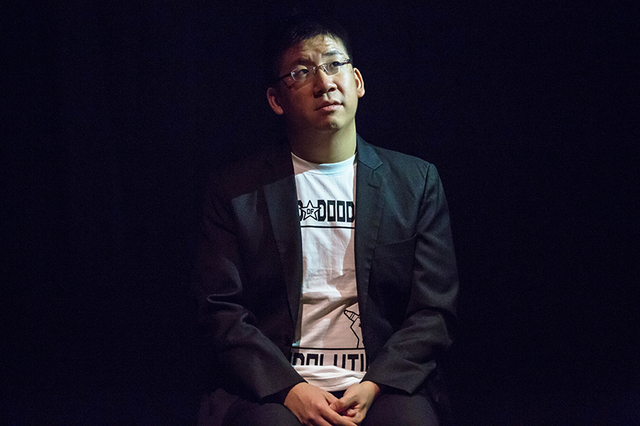 The list of collaborative musicians you’ve assembled for the show, is quite the collection of talent. How did you go about picking them?

I have personal connections with the members of the rhythm section for this project:

Someone that I’ve been working with for the past few years on jazz and hip-hop / R&B projects around the region.

He and I were classmates at Manhattan School of Music, and I’m looking forward to reconnecting musically.

We've been playing together for the past 15 years, and so it was natural for me to ask him to come onboard for this.

The players in the string and woodwind sections are musicians that were recommended to me by fellow musicians. I am very privileged to have such artists perform my music.

It goes without saying that I am excited to have Charlie Lim as a special guest. I joined his band the Mothership a few years ago, and it’s been a real adventure so far.

Of particular note is your acclaimed conductor for ELEVEN — Ang Shao Wen — who’s renowned for his work with polyphonic vocal music of the Renaissance and the symphonic works of the classical canon. What does such an esteemed classical conductor bring to the table in this jazz context?

Shao Wen’s experience in classical conducting really helps to create a cohesive ensemble sound. He understands what I’m trying to achieve and is able to communicate and realise my ideas quickly and effectively. I am really privileged to have such an amazing artist on the team.

There’s a strong R&B and soul influence in your music as well. Where does that come from?

Studying jazz as a teenager also opened me up to other forms of music, and I gravitated towards artists such as D’Angelo and Maxwell. I was also a crazy Michael Jackson fan as a child.

What is your opinion of the jazz scene in Singapore today? And what are your hopes for its future?

I was involved in the Singapore International Jazz Festival’s SingJazz Academy and Esplanade’s Mosaic Jazz Fellows as director and mentor respectively this year. These educational initiatives showed me that the number of young musicians who are interested in jazz is growing.

The enthusiasm for the music was very heartening and I hope this translates to an expansion in our jazz community and audience.

This record was an obsession of mine for years, and still is. The things the Quintet was doing with rhythm, harmony, melody and form were astounding, and the musicians’ innovations in this field are still sources of inspiration today.

I remember hearing this record on the radio (might have been Class 95?) when I was in junior college. I knew I had to find out more about this artist. When I finally got the CD and played the first track, I thought to myself, “This is exactly what I’m looking for!”  It really had a strong sonic identity, and of course there are nasty grooves all over this record.

A Night at the Village Vanguard | Sonny Rollins

Lyricism and clarity of ideas combined with free-flowing phrasing. A major eye-opener for me in terms of the possibilities that lie within the simplest of harmonic structures.

Bud Powell is one of the most important pianists in jazz. I was drawn to this one particularly because the quintet tracks with Roy Haynes, Sonny Rollins, Fats Navarro and Tommy Potter are astounding.

Young developed a singular approach to playing the Hammond organ. This album features Joe Henderson, Woody Shaw and Elvin Jones, who are all major influences on jazz.