We've seen them playing at a makeshift stage at a small dingy club (but still killing it) in Manila some time last year, but earlier this year Earthmover opened for fellow instrumental rockers Caspian and And So I Watch You From Afar when they made their way to the Philippines. And later in June, these lads will be part of the explosive line-up at Baybeats this year. We've said it before and we'll say it again - Earthmover is the sort of band you want to indulge in slowly; heady atmospheres that put you in a sort of narcotic haze, but powerful enough to keep you on your toes every second. This time we talk to the band themselves about Filipino music, karaoke culture, and of course, their influential albums.

Hi Earthmover! What are you up to nowadays?

Hellowww! We’ve been writing and doing demos for the new material in between gigs and work so the pace is steady so far. We’re just taking our time for now.

You’ll be in Singapore in a couple of weeks for Baybeats! How are you preparing for the gig, and anyone you’re planning to catch at the festival?

Yes! As of now, the materials we’re planning to play are almost laid out. Preparations for the show are more psychological and mental that we must avoid getting too excited realizing one of our biggest dream as a band. To represent the Philippines in Baybeats Festival is definitely one tick off our bucket list.

We are hoping to catch Inch, Survive Said The Prophet and Pitch Feather to name a few. 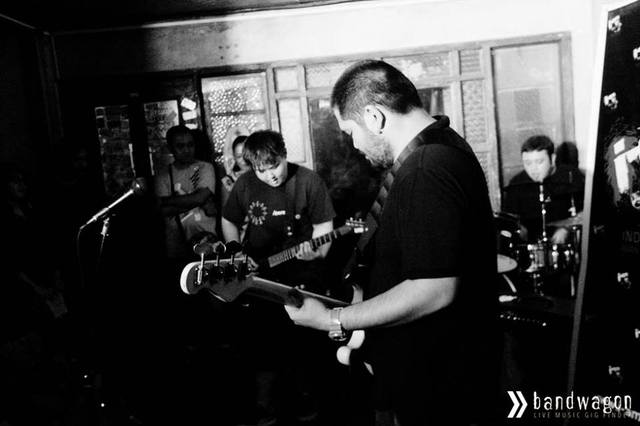 You guys started out as an electronic-ambient project, how did that evolve to the heavier sounding Earthmover we know today?

Back then we were just trying to do something a little different from what we were used to. All of us were and still are in different bands with different sounds, so the early Earthmover was basically a step out of our comfort zones.

It got heavier because it was just the natural thing for us to do. We still kept a few elements from the early studies of the sound, but then we fused it with the result of the three of us in a room with a drum kit, an electric guitar, a bass and some loud amps.

We’re curious – how do 3 people make so much noise?

A good mixture of laughs, jams and friendship!

What are some of the best gigs you’ve played so far?

We played with Caspian and And So I Watch You From Afar a few months ago. Besides getting to know those cool guys, the sound that we had that night was probably the best we’ve had in a long time. We were in total control. Plus, our best friends were there.

Tell us more about the vibrant music scene in the Philippines. Do you think there is a distinct ‘Filipino sound’?

The music scene right now is very much alive as compared before.  There are a lot of local signed and unsigned bands playing gigs all over. Music productions are very active to hold gigs to cater to upcoming bands and getting veteran bands to headline their show.  Slowly, the scene is already bridging the gap or the disparity between the mainstream music and independent / underground music.

Definitely there is a distinct ‘Filipino Sound’. However nowadays, with the increasing diversity of influences available for the artists today, we can say that it has evolved into something complex into a more developed sound. Especially with the help of technology, music can easily be transmitted into a global scale. Do check out these acts: Tonight We Sleep, Hidden Nikki, Lions and Acrobats.

We know the karaoke/videoke culture in Philippines is pretty strong – what are your go-to songs when you partake in this activity? 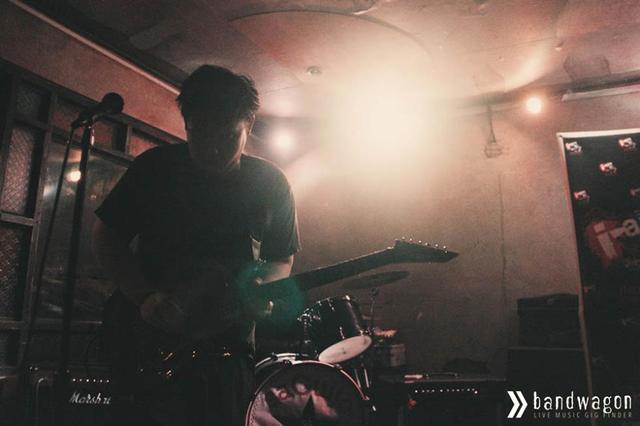 To those not familiar to Earthmover in Singapore, describe your music:

What’s next for Earthmover?

We’re deep in the songwriting and demo recording process now, so the follow-up to First Sightingwill be coming soon!

This DVD was one of the inspirations behind the electronic-ambient project that would then be Earthmover. We wanted to do something for our friends and families. We wanted to bring something home to them.

We grew up listening to Deftones. We used to play this and all of their records during our parties, road trips, etc. That band became a part of our lives.

One of the first instrumental / post – rock acts we’ve heard; definitely love at first sound.  They made a good foundation for this instrumental rock movement.