To be honest, one of the best moments of Urbanscapes 2012 for us was being pleasantly surprised by Malaysian dance-rock band ENTERPRISE, whose infectious synth melodies essentially produced an intense dance party at Padang Astaka. Fortunately for those who weren't able to experience that magic, they'll be showcasing exactly that next week in Fred Perry Sub-Sonic Live 2013! Allow us to introduce this amazing quintet to you, and win a pair of tickets for yourself here.

Hey there Enterprise! What have you guys been up to lately?

Hi Bandwagon! Pretty much the usual stuff... Rehearsing for upcoming shows, mucking about, composing new materials and conducting more experiments on our gadgets (no electronic devices were harmed).

Tell us more about yourselves! For the benefit of the multitude of Singaporeans who (very unfortunately) have not heard about you guys.

Very fortunately however, we will be making our first ever appearance in Singapore at the Fred Perry Sub-Sonic Live this November. Let us do a proper introduction of ourselves through our music then. Come!

They're in for a treat. You've played Sub-Sonic before in Malaysia, and now you're crossing the pond to play in another one. What is it that you find attractive about Fred Perry Sub-Sonic Live?

The whole atmosphere is just so different. The crowd tends to go wild in all the good ways. They know they’re there to have fun and let themselves loose, and they’re gonna do exactly just that.

The music of Enterprise has always been super-energetic and upbeat - was it always your plan to make dance-y music?

Not really. All of the songs we crafted were direct results of whatever feelings, emotions and space we were in, all mixed together. We’d like to think that whatever take-out you get from listening to our songs are the exact same things we experienced while crafting them, and that has always been the only plan.

Would you do a ballad?

Why not? It'll be about falling in love with a girl from Krypton and how it's impossible to make things work because of our differences. 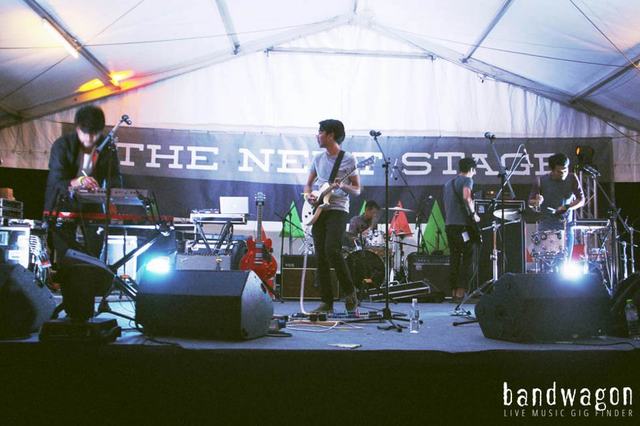 We were very impressed with your set at Urbanscapes 2012; we were really exhausted from all that dancing! Where does all that energy come from?

Has anything changed for you guys since being awarded JUICE Malaysia's buzz band of 2012?

It’s made us work harder to push ourselves further and to deliver even better shows. Some of us grew beards.

What's next for Enterprise?

Finish recording, release and then hopefully go for a tour.

Where all the electro dance-y influence came from.

One of the bands that truly inspired us to get out there.

At The Drive-In | Relationship Of Command

Even though we sound nothing like this album, it has always been imprinted on us since its first release.