Words by Ilyas Sholihyn
After dabbling around as a collaborator with artistes such as Monster Cat, MUON, DEON and fronting now-defunct Indus Gendi, Esther Lowless has finally decided to kick it solo. Her debut EP Strange Place To Meet is poignant and stunning, loosely based on her personal experience. Not only is it an aural treat, a series of short films have been released to accompany the tracks (currently at no. #3 now so you can still catch up). We catch up with the very busy Esther Lowless ahead of her album launch on June 21 at the Esplanade Recital Studio.

Hi Esther! What have you been up to lately?

I’ve been insanely busy trying to market the release of Strange Place To Meet: The Film, and the upcoming launch. Haven’t had much time to breathe!

We’ve seen you around in shows mainly collaborating with other artistes instead of performing solo. How did you arrive on the decision to strike out on your own, and why only now?

To be honest, I never thought I had the capability to do something like that on my own. So I had always been playing in bands, and writing with bands. But one day, my good friend, Leonard Soosay, told me to write a song for animals (because we are both animal lovers). It was a for-fun thing and I did just that. And when I entered the studio to record, I realized to myself, actually I can do this! Why not just write an EP? And Strange Place To Meet happened.

Tell us more about the story you’ve crafted in Strange Place To Meet.

Strange Place To Meet is based loosely on a mental breakdown I experienced from 2009-2011. Those 2-3 years were the most daunting and unproductive period of my life. I lost control of my mind and who I was. I was a hallucinating insomniac and my thoughts were consumed by paranoia. It was a nightmare then, but now looking back, I think of it as an interesting experience, a very good learning experience, and a journey that strengthened my mind and myself.

Chapter 1: Birth depicts how everything is fine and okay for this innocent and young girl. Chapter 2: The Visitant introduces The Visitant.
Chapter 3: Why is the nightmare sequence, the chaotic part and the heart of the nightmare. Chapter 4: Reflections was my healing process, when the girl was finally strong enough to fight The Visitant and eject her from her life.
Chapter 5: Everything is when the girl is at peace with herself once again and the rest of the world.
Chapter 6: Circles and Cycles hints that The Visitant never did leave, and will always be lurking around, and will always be a part of her. 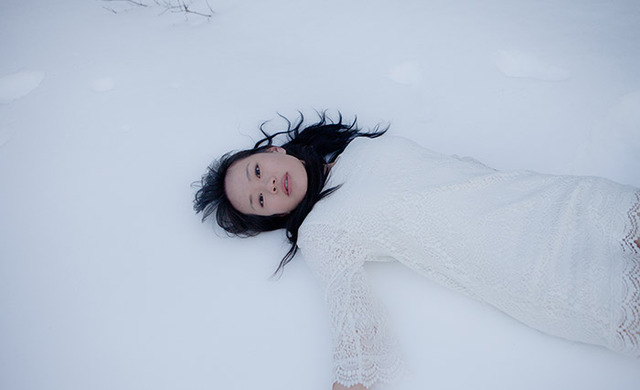 How significant are stories and narratives in your music?

How has your love of trip hop influenced your EP?

Trip hop is usually rather dark and moody. And I think that kind of mood has influenced the mood of my EP as well. Especially for the 3rd track, “Why”. That song is quite heavily influenced by trip hop (IMO). Especially by my favourite trip hop duo’s (Massive Attack) 3rd album, Mezzanine.

This is quite an ambitious project with planned releases of short films to accompany the tracks in the EP – why so?

I have always been a huge fan of film. I love movies, I love stories. I wanted to combine my love for film with my love for music. There isn’t really any other significant reason, except that I wanted to execute whatever creative plan that came out from my brain. Also, I thought it would be cool to be able to tell the story both visually and aurally.

What difficulties did you face throughout?

Wow where should I start. First and foremost. MONEY. The project was bleeding expensive, since I had to spend on both making the music and making the films. I was super close to compromising on what I wanted to do, until I got the magic letter from NAC saying that they would sponsor me a grant to continue with the project. It was like God was speaking to me, “do it, Esther…. Keep bleeding, keep sweating, because there’s nothing else for you to live for…” I am super grateful. Even so, the grant does not cover many other things, so I still have to scrimp and save in order to see through this project.

Because of the lack of funds, resources were hard to find. I am very lucky that there are a lot of kind and skilled people who were willing to help out in many ways pro bono or for a very low fee. Without these people, the project wouldn’t have been possible. 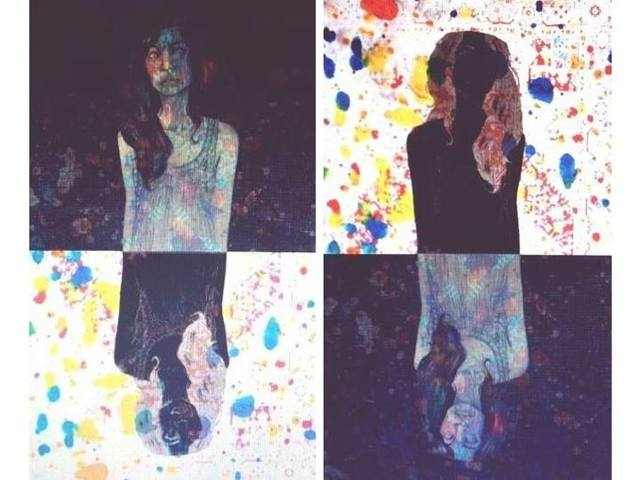 About 2 months back, I fractured my foot quite badly. This was while I was still in the midst of shooting some of the films. It was really quite a bitch. I had to fork out extra money for my medical fees, plus I couldn’t walk! That was plain terrible. There were so many things to do, but I was immobile! It was excruciatingly frustrating. BUT once again, I have been blessed with very very wonderful friends who helped me out a lot in many countless ways.

My lack of experience in helming a project on my own was also a setback at first. I didn’t know how to really drive things ahead, and couldn’t always put what I wanted done into words. But I soon got the hang of it, and I got used to the stress and pressure of leading something.

Now’s the marketing part. Once again, I’m a noob at this. I must admit that yes, this is quite an ambitious project for someone doing this for the first time. It’s a little insane for me to want to launch this at Esplanade Recital Studio. I am not even confident of selling out all my tickets, because hardly anyone has heard me live before. But I tell myself, I’ve come this far, I’m going to do it all the way.

What’s in the works for Esther Lowless in the upcoming months?

After the launch, I am thinking of collaborating with a few different people on an interesting musical journey. Note that they do not necessarily have to be musicians. They can have any kind of career, even accountants, and hawkers. It’s an experiment. Currently, I have one musician, and one visual artist in mind. And I’m excited to know who the other people will be. I’m very open to suggestions! :)

I’ve been a fan of Massive Attack for the longest time. I lean towards dark music that brings you to a different place. This album is exactly it.

I Am David Sparkle | Swords

I love the songs on this album so much. I love the driving yet melancholic vibe of the music. And yes, it brings me to a different place too.

The chord changes in his music are just… mad genius. Intriguing.

I love that romantic and melancholic sound in his compositions. It reminds me of who I am.

It goes against convention. It’s an experiment with a purpose. The Observatory is a great inspiration to me.

Strange Place To Meet: An Anthology