It's been over a week since the Giants Must Fall dropped their Leprosy EP and word on the street is that it's really, really good. All the way to Montreal and London even. We catch up with Jean and Kel from the band and talk about Leprosy, getting some love overseas and uh, crickets.

Congratulations on your new EP! Tell us more about it.

Thank you so much! Well, it's been a great week since we released the album online, we've gotten so many awesome messages from fans telling us how much they love it, and how some of them were even moved to tears listening to the album. We even had a few surprises, like guys messaging us all the way from London telling us how elated they are to have found our music, and how they're promoting us like crazy over there. Or even to have someone all the way from Montreal feature us in her music blog. Apart from that, we're still currently working on getting the merchandise ready, apart from making the physical album itself. We'll be releasing a limited quantity of them since we're making them entirely by hand.

It has been a while since we’ve heard from you lot. What has been keeping you occupied?

Jean: Slaying giant... crickets! No they are our friends…

Kel: Well we started working on the Leprosy EP about half a year back; we had found ourselves a really beautiful and inspiring space, and thought it's time to finally make a couple of records. We couldn't really imagine recording anywhere else, so we borrowed equipment, bought whatever we didn't have but needed, and proceeded to record ourselves. And it's true (what Jean said), if you listen carefully to the record you'll be able to hear the crickets, it was just a lot of nature around us, which was really inspiring. But before that, for the past couple of years, we were all busy in our own ways, and just letting life happen, y'know.

What inspired Leprosy? And why the title?

J: I had a really bad day, and decided to go blading. The road was patchy because it had been raining, so i took a photo of the texture and thought to myself,"Oh, this looks like leprosy. All the bad stuff going on in my life feels like a disease... Like leprosy.. It's eating me alive... (furiously types idea in iPhone)… oh! And omg that makes a really great song title."

K: But if you're talking about the record itself, it's really something long overdue. 4 years back, we've already had people expecting a full length album. So this is but the beginning of a series of recordings that'll we'll be releasing over the next year. And we're kinda going backwards as we progress, we're releasing the newest songs first, which is what you'll hear in the Leprosy EP. We had many friends and fans expecting to hear the old favourites in this one, though we promise they'll come soon enough and it'll be worth the wait.

Tell us 3 things we don’t know about Giants Must Fall.

What is next for Giants Must Fall?

Making friends with more crickets and trees and uncles selling antique furniture. Oh, and releasing more awesome records with a couple of tours along the way. 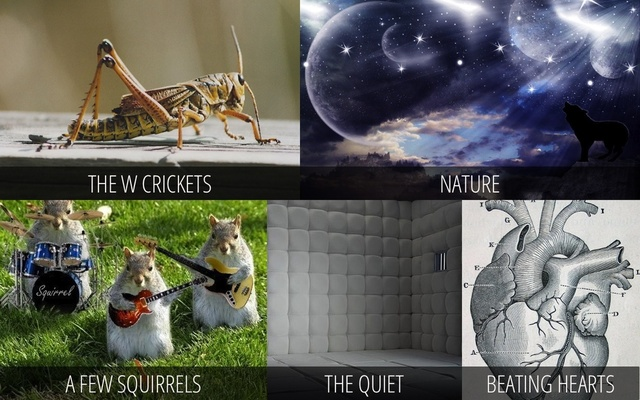 The honest and accurate answer would be!

It's a real tough question to answer, we can't really name any specific albums because when we write we don't really listen to any music at all. In fact, we try to shut everything out and listen more intently to what's going on inside. We might listen to a record and go, oh wow that's real nice what they did there, if for example from a creative standpoint, a certain production technique jumps out and grabs our attention, but that's also because we produce our own recordings from start to end, but generally speaking from an album perspective we can't offer anything. We really liked Daughter's The Wild Youth EP,  or the new Flying Lotus album, or anything by Ryuichi Sakamoto but we can't say those albums inspired Leprosy. Amongst the four of us, we listen to everything from progressive metal to jazz to classical and hardcore. It would be more accurate to name the things listed above as they definitely influenced the record in a more obvious way.

Keep up with Giants Must Fall's future shows HERE