Jaime Wong describes herself as someone who “writes and sings about life, death and love (or the lack of it)” which seems a bit morbid at first but here is someone who embraces all of that and makes art out of it. We’ve seen glimpses of it in her singles ‘Skin’ and ’To Lost Love’. Armed with just a guitar, her emotive warm vocals, and wizened words, Jaime is set to release her self-titled EP this month. Indulging us a little, she even shares her favourite sad songs and a K-pop surprise we hope to happen when we put her on the Bandwagon Guest List this time around.

Hi Jaime, what are you up to these days?

Hello! Besides the adult work stuff, I am preparing for the digital release of my debut self-titled EP in mid-April and a physical launch in mid-May!

Tell us more about the upcoming EP launch. How long have you been working on it and what can we expect?

We’ve been working on the launch since late February and things are finally falling into place. First off, my friends, Linying and HubbaBubbas are opening for the launch! We will be collaborating on a couple of songs, so that’d be fun. Physical copies of the EP and merchandise designed by Zicky will also be available exclusively at the launch. The launch will be held at Lepark, a new tapas joint that recently hosted Getai Electronica. It’s located on the People’s Park Complex rooftop carpark with an amazing night view. It will be a night of good music, good food and good people. I am really excited about it! 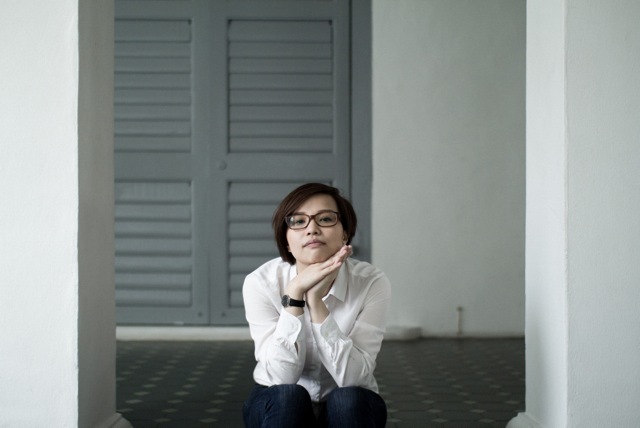 Has it been difficult writing about a lot of personal topics in your music?

Yes, it has. It is only recently that I started writing songs that are more personal and honestly, I do feel vulnerable putting them out there. But I guess it’s a step singer-songwriters will have to take eventually. I’ve also realised that listeners are discerning about such things, they know when a song is deeply personal or not. And they would usually let you know how that particular song has touched or affected them. It’s nice to share that sort of intimacy with a complete stranger.

What song would you like to cover that would surprise everyone you know?

This is an interesting question… probably K-pop? Hahaha just because it’s totally out of my realm. But I do appreciate a few K-pop songs. I find that K-pop composers and songwriters are usually experimental and they come up with good hooks, and K-pop songs are usually very, very ‘produced’ and polished. It will be fun to dissect such a song and think of how to make it sound as sad and depressing as possible haha.

What was your first memory of a gig that empowered you to continue playing live and making music?

Probably my junior college’s guitar ensemble concert. I was made to perform “Superman” by Five For Fighting and I’ve never sang in front of audience prior to that so I was really nervous. But the response I got after was really encouraging. My ensemble instructor, who was stoic and stern most of the time gave me really positive comments and that really pushed me to continue singing and playing the guitar.

You’ve always kept your music very stripped down and simple, keen to try out something more experimental and complex?

Definitely. My EP is a snapshot of myself musically three years ago and I am ready to experiment and try a different approach to songwriting. I’ve been listening a lot to electronic-based music such as Rhye and Dawn Golden so I’ll probably try writing and performing with beats, synths merged with more “old school” mediums like the guitar and piano.

We love sad songs, indulge us in some of your favourites.

There’s this video of Damien Rice performing this song live and in the last chorus, he sang “love you” in place of the expletive starting with the letter ‘f’ that dominates all of the previous choruses and his voice cracked, and I swear he was crying. This is just one of those thoroughly ugly but honest songs about not being able to get over a person.

2. Be, Be Your Love | Rachael Yamagata

Everyone loves a good song about someone you’re not supposed to love. I also love how Rachael Yamagata sounds like she’s drunk in the song. All the little imperfections in her vocal performance just makes the song even more painfully sincere.

This is a weird one because most people relate this song to youth and freedom and abandonment but Alphaville made the song almost like satire about those themes to me. I don’t know why but I feel a sense of emptiness every time I listen to it.

“And I'd go a thousand times around the world just to be/closer to her than to me.” I mean, come on…

The first line of the song, “Once I wanted to be the greatest” speaks volumes for me. About past glories, the “could have beens”, the “would have beens”… I think there will come a point in time when I’ll beat myself up over the things that I should have and shouldn’t have done, no matter how hard I try not to at this very point of time. That sense of helplessness makes me sad.

It’s no secret that I worship Damien Rice and O is my music bible. All that I’ve learnt about singing and songwriting and delivery, I learnt from listening to this album.

I miss the “Heavier Things John Mayer” so much! I am very influenced by the lyrics of all the songs in that album, though I haven’t covered the ‘sexy’ part very well hahaha.

Ray LaMontagne has the most beautiful voice ever. He writes poetry, and never in the pretentious way. This album also has a good mix of themes and genres and somehow he manages to sew a common thread through all of the songs.

Ingrid Michaelson has this way of writing simple, relatable and hook-ish songs best captured in Boys and Girls, her first studio album. I am pretty influenced by her vocal style, especially the nuances and the little quivers in her voice.

Haim is the epitome of cool. Days Are Gone has this ‘retro’ feel that I really like, which is ironic since it has some ‘new school’ elements. I think that’s really interesting! The album makes me want to try experimenting with different mediums.