We've seen him on the open mic circuit quite a bit, sang to every stop in his song 'Telegram', and now after much anticipation, Jonathan Meur has recently released his debut EP, Woodnotes. A mix of wistful songwriting, delightful arrangements and a voice that evokes nostalgia, Woodnotes will definitely take you places. On songwriting, growing up in tropical places and his favourite Radiohead album - we had a candid chat with this modern day folk troubadour on a myriad of things!

Hey Jonathan, congratulations on the debut EP!  We've always been curious about your Franco-Mauritian origins, could you tell us more about your life before Singapore?

I was born in France (my father is French) and when I was two, my family moved to Mauritius (my mother is Mauritian). So I grew up on a tropical island, waking up to the sound of waves and spending many afternoons playing on the beach or in the sea, but with also some aspects of French culture – food, movies, music, the language etc. Singapore has always been one of my frames of reference as well. That’s where I had my first family holiday. We all fell in love with Singapore, we came back every year for about 10 years and it quickly became our second home.

How has living in several places helped shape your songwriting?

To me, songwriting is all about perspective. And having lived in several places has definitely contributed to shaping my perspective on things. I’ve experienced both the lazy pace of a small village/town and that of a bustling city, different landscapes etc. These all come into play one way or another in my songwriting.

You are quite a regular on the open mic circuit. What do you like about these open mic sessions?

Open mics are great because performers and audiences gather in the spirit of sharing and learning, in a non-judgmental sort of way. I’ve come quite a way since I started writing songs but I feel I still have a lot to learn, and performing at open mics helps a lot in that sense. Plus, you get to meet other artists, first-timers, beginners and some more established, who all have something to show. And if things go as well as they can, you make new friends too. I love being part of Singapore’s music fellowship. 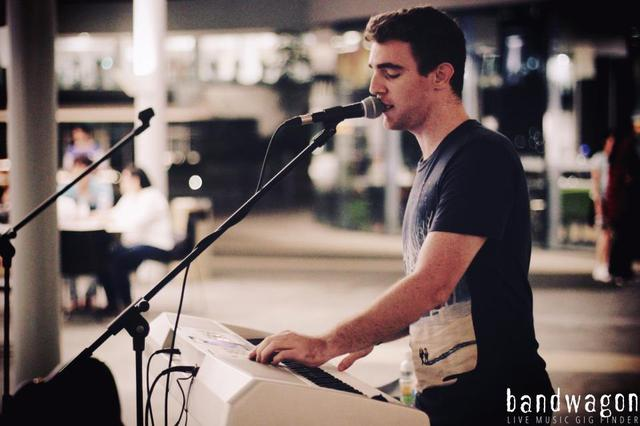 Some artists write songs that sound incredibly personal, but then it turns out that they're more fiction than representative of personal experience. Your songs are very narrative and story-like, would you say they are more personal or fiction?

Although some of my songs do not necessarily describe things that have actually happened to me, they are all the result of my way of interpreting things. Another songwriter may write about the exact same topic and end up with a song that has absolutely nothing to do with mine. In that sense, to me, all my songs are very personal.

The straight-up version of this answer is that my songs are an even mix of both fiction and personal. For example, I had very specific thoughts and memories in mind when I wrote 'Islands' and 'Calling Wounds'.

Have you always been a more folk/acoustic musician or do you also dabble in different genres?

At this point in time, I’m really interested in exploring folk/pop arrangements like the ones on Woodnotes, and the songs I have written so far lend themselves to that kind of sounds. I think there’s a great range of possibilities in these genres. But down the road, I know I’ll want to try my hand at other genres that I enjoy as a listener – electronica, jazz, rock, blues, country, world music, classical, trip-hop...

Tell us about the making of the EP – has it been a work-in-progress for a while?

Woodnotes is a collection of seven songs I’ve written over the past four years. It’s been everything you’d expect a first recording project to be – exciting, terrifying, stimulating, exhausting, inspiring... I’ve enjoyed doing new things, like arranging, and pushing myself. I spent a lot of time with these songs, working on them, so it was great to also get to work with all the musicians, and Patrick Chng and Alan Bok who took care of the recording and some of the mixing, and to get everyone’s input.

This project started in July last year when I decided it was time to dive into the recording experience. So, all in all, between the time I started arranging the songs and the day of the release, it’s been nine months, including one very intense last month! 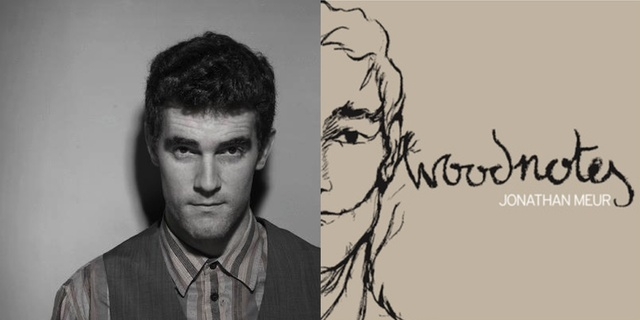 What is a record you wish you could have made?

I relate very strongly and on a personal level to many albums, but I can’t think of them as records I wish I’d made. I try to be forward-looking and I have a lot of projects lined-up already. Less wishing, more doing!

Now that you are done with your EP, what lessons have you learnt from the experience and what advice would you offer to musicians who also want to do the same?

Be organised. That’s the best advice I think I can give anyone wanting to put out a record. Be very organised. Put on your project manager cap, create a timeline that covers everything (arranging the songs, finding the musicians, practising, recording, mixing, mastering etc), and make everything happen. Also, talk to other musicians and sound engineers/technicians before you embark on the project. It will help to get different points of view/recommendations right from the start.

What is next for Jonathan Meur?

Late last year, I collaborated with the guys from Seyra on a track. We’re not sure yet but it might be out some time this year. I might also work on a music video and special single release for one of the songs on Woodnotes. I also have 20 to 30 songs with basic structures that are just waiting to be arranged; I will pick some to feature on my first full-length album. And I actually have another special project in mind for after that!

Choosing just 5 is hard and I’d rather choose 50 and discuss / listen to them for hours on end, alone or with friends... but if I must, I have to go with classics (for me at least) from the 90s. Sorry if I’m being obvious (and if I’m not, go and listen to these albums now!).

At one point, I was obsessed with Björk’s music. Her voice is out of this world, and her songwriting and phrasing always feel very organic, almost physical. The songs on Homogenic are pop, structure-wise, but the combination of strings and electronic beats takes them to a whole other place. This album made me realize that pop music didn’t have to only mean guitar + bass + drums. The possibilities are endless.

Yes, Jagged Little Pill came out of nowhere and hit a nerve with many people. But whereas JLP was very cohesive sound-wise, very rock, the soundscape of SFIJ is much more varied yet it still works as one album. Also, JLP was very heart-on-the-sleeve angry, whereas SFIJ is darker, probes, and is more introspective. It is more subtle and intimate. Also, the lyrics to some of the songs are real mouthfuls that shouldn’t work but they absolutely do. It’s a great reminder that it’s ok to break away from the typical four-line verse/chorus template.

Two words: Flea + Frusciante. The Red Hot are always great but Californication is pure magic. Besides the otherworldly bass/guitar combo, this album takes the band’s wit and funk sound up a notch with some of the best melodies/hooks/riffs ever, proving that you need nothing more than the guitar/bass/drum setup when you push your creativity to the limits. Also helps that there’s crazy musical chemistry between these four musicians.

Tori Amos – Under The Pink

For a long time, I had associated Tori Amos to a posse of piano girls full of bittersweet tunes and syrupy vocals. That’s until I actually heard her music, via one of my high school teachers (maths teacher...). Tori Amos digs really deep in the subjects of her songs and her sound grabs you from the first note and doesn’t let go until the song fades out. Plus, she is pretty much the best, sickest pianist rock has ever known.