Words by Daniel Peters
Photography by Jensen Ching, fleecircus, Sean Lam
Undoubtedly one of the most prolific songwriters in the Singapore music scene, Leslie Low has been going at it for decades without stopping. From his beginnings under Humpback Oak to churning out divisive and forward-thinking music with The Observatory, along with countless collaborations, he still manages to find the time to write music under his own name. Especially after the slew of performances that follow his main band's newest (excellent) record Oscilla, Leslie is now busy prepping the release of his newest collection of songs No such thing as ghosts. Despite his hectic schedule, which includes a Scandinavian tour with The Observatory in October, he still managed to share with us the songwriting process behind the new album, his teenage roots in 80's Cantopop and what it means to be a Singaporean musician.

Hey Leslie! What are you up to these days?

I just finished the Oscilla launch at the Substation, some in-store gigs and our Night Festival slot over the weekend. It’s been non-stop happenings.

Could you tell us more about your new release No such thing as ghosts?

They are folky acoustic songs in the spirit of my earlier solo releases, like Worm. It was recorded in February. There is a much heavier shade of introspection involved here, but still direct and honest in the emotions and feelings felt during the time of the writing of Oscilla. You could say that it’s a companion piece to the Obs’ latest release. 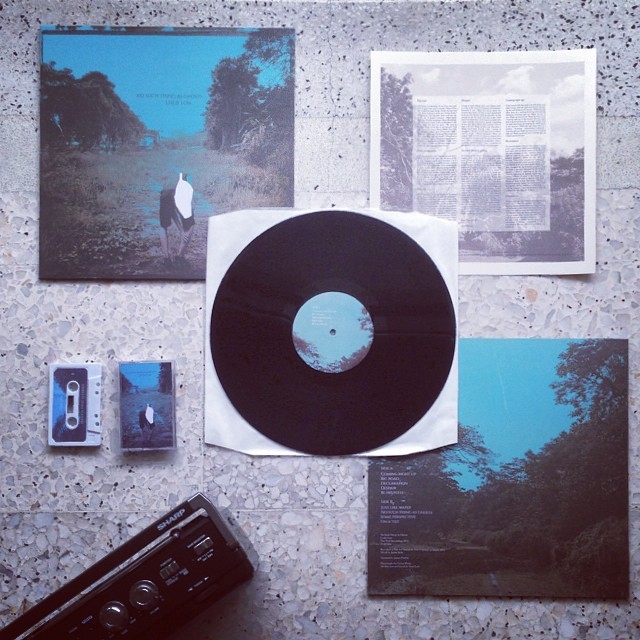 We notice the influence Balinese rhythms had on your album, especially your title track. Did touring play a part in your exposure to native music around Asia?

Balinese rhythms have always had a special place in my heart. From the first time I visited Bali, it was a vacation trip. Viv insisted I should watch a traditional music and dance performance. I have been a fan ever since and would return at least once a year to rest, learn and find new inspiration. Most of No such thing as ghosts was recorded in Bali while we were on holiday. The rhythms are hypnotic and have a certain groove and feel that constantly inspires new ideas for composition. In particular, Declaration’s rhythmic guitar pattern and its harmonic content were definitely a tribute in some small way.

How did the idea for these Living Room shows materialise?

I have to thank The Diarists for coming up with the concept. The songs are quite intimate and would work well in a smaller, informal space. The Diarists have been organising frequent folk gigs showcasing local and regional folk singer-songwriters. I met them through some shows they organized for Piblokto and Hanging up the Moon. It seemed like a natural thing to collaborate with them for my solo material.

You mention your years of growing up with Cantopop as a primary influence on your album’s composition. The genre is varied in rhythm but a lot of the songs tend to share the same subject matter: love, relationships, heartbreak, forlornness. Did that influence you as well?

Not so much lyrical influence. But more like song forms. Some arrangement ideas. A bit of vocal phrasings as well. I was always drawn to the ballads, the sad songs. The mood was what I enjoyed about that genre. That’s about all I took from it. And I only realised this after it was recorded when I was reviewing the mixes one day. Take a song like the title track, it starts off bare during the first long verse and chorus. Goes to a change. Hits back into the second verse, but this time with additional arrangements that build up towards the big chorus. That to me is a very Cantopop formula. But I guess the whole world of Mando pop, Taiwan pop has been using that formula as well. Be helpless also has this form.

How does No such thing as ghosts differ from your other 2014 album Longing?

Longing is an instrumental electric guitar album of improvised instant compositions. Which translates to “I’ve only 2 days to record an album’s worth of material. So do it quick.” It was recorded in June 2011 when I was in Bergen, Norway for a short vacation after some improv gigs. A friend gave me access to his rehearsal space and I could record while he was away. There was a guitar, an amp, a mic and a laptop. Due to work with the Obs, it got shelved until it was resurrected last year when there was a window. Decided to follow through with its release in February this year.

The album was titled Slow Vibes before being changed to No such thing as ghosts. What prompted you to rework it?

No big story. Just a working title. Being in Bali, naturally I was in that headspace of quiet and solitude. And Slow Vibes is essentially that. The desire to slow my vibrations down. I had a couple of other options as things evolved. A helpless mind was a strong contender at one point. But I felt that No such thing as ghosts worked better in describing the mood and feel. It was also the first song that I wrote when I started. It represents the fearlessness and courage that I was hoping these songs would instill in the listener. 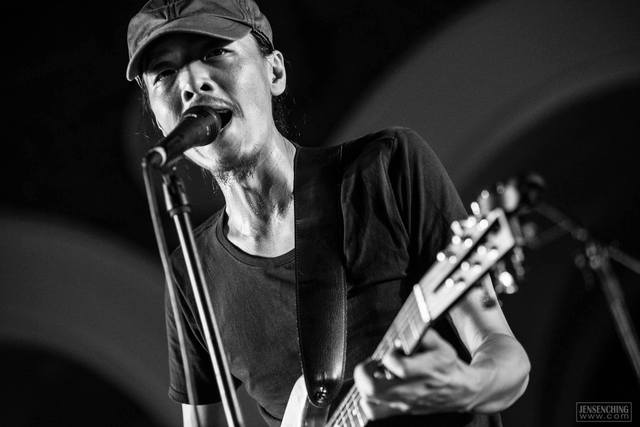 You’ve been blunt before on the difficulties of dedicating to your craft in a country like Singapore. How is it like to be a musician now in 2014 as compared to the 90s?

Equally difficult in certain areas while in others, I’ve learned to alter my own stubborn perspective to cope with it. Some good things have happened to the scene. We have matured somewhat. In other areas, it seems almost primitive to still retain that mindset of standards. Or to allude to these standards. What are these standards and who set them? The labels who have sold you their wares want you to believe in their gold standard. In reality, our own little small scene will continue to grow in spite of this standard.

There will be a continuous flux of bands that are building their own identity. Mixing influences from all over the world into what we can call our own. That’s us. It’s good to note that the old hierarchy of the record label industry is now dying a slow death, tightening its last grip on the internet. What we grew to love in an industry that brought us our favourite musicians since the 50s and 60s, is now a pale shadow of its former glorious self. So they can ring their own bells all they want but it never excites me these days, all that polish and pomp. As a musician in 2014, I’ve learned to embrace my Southeast-asian roots, our rawness, the sound of our Singlish, and the beauty of microtonal differences in the music of our region.

Listen/Purchase 'No such thing as Ghosts' on Bandcamp

These were on heavy rotation on tour during the making of Oscilla and No such thing as ghosts:

Lasse Marhaug introduced this to me. I can’t stop recommending this to everyone. It’s a great album. Great production and performances from a lot of the great players in the UK folk rock scene. Richard Thompson plays on this. Mick’s voice and style is so wide in its range. Songwriting is what I go back to often and there are gems in here.

Neil Young | Everybody Knows This Is Nowhere

I was re-listening to a lot of Neil Young this year. This particular one I fell in love with when I was in college. Couldn’t stop listening to it. This time around the idea for Oscilla came directly from this record. Lead and rhythm guitar interplay has always been a fascination of mine with Crazy Horse. Meandering but still moving forward with emotion. The interplay between the late great Danny Whitten and Neil Young is just amazing here.

Great songwriter period. I wish I could make out the nuances in the language, but mostly I’m just listening in to the changes in harmonic content. How his vocal melodies sit in his chords and the mood it creates. This is one of his earlier ones.

Divine. The power of their unity. It engulfs you.

Stumbled onto this obscure 1977 release from Italian prog rock composer. It has a great mix of synth, flutes, acoustic guitars, Musique concrète and baby sounds. Repeated motifs and great atmosphere.